Lust is the epitome of damnation (#UrbanFantasy #BookBlast #Giveaway @BrandyTruly) 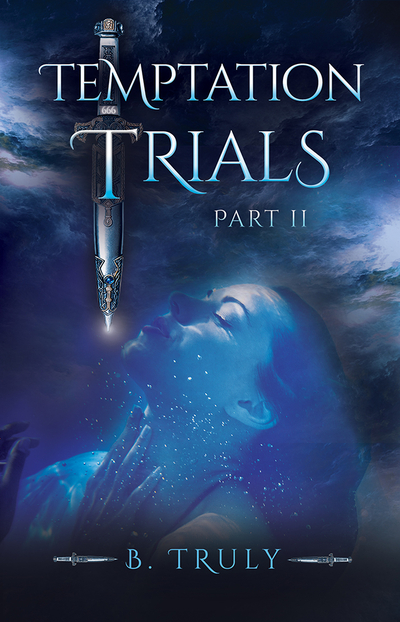 Lust is the epitome of damnation

Lust, one of the seven deadly sins, was sweeping through the nation like wildfire. In its true essence, lust was leading mankind down the path to damnation. In this dystopian society, Cali and Stefani had to comply by the Regime’s strict rule of arranged marriage. But Eminence, the world dictator, doesn’t play fair.

Against all odds, they both decide to put their relationships through the ultimate test on The Temptation Trials—a reality TV show where every temptation of the flesh was set before them.

As participants on the show, they soon learn that losing may cost them more than the men they love. Cali’s torn, unsure of what her future holds with Cade. Stefani worries whether her relationship with Tobias can be salvaged.

Love can be blind. The betrayal they face from the Trials burden them. Will love be their redemption, or will it destroy them?

A million questions torment their minds.

Can you love two people at once? If a person is chosen for you, can those feelings be real?

Cali and Stefani must overcome heartbreak and pull together with their loved ones before it’s too late. The abominable truth is unveiled, which sends them on a journey that will jeopardize their lives.

The will of the weak is his for the taking. Can love save their souls?

Glazed, cryptic eyes pierced through me, reminding me of a strung-out junkie. His face seemed vaguely familiar, right down to his golden curls. Just couldn’t put my finger on where I’d seen him before. An eerie thrill rippled my spine. The way he was staring creeped me out. I quickly skirted past him, only to have Blondie clasp my arm. Okay, now I was officially freaked.

“The time has come,” he blurted.

“What are you talking about?”

“The decision is made … binding.”

This dude was clearly psycho. He spoke in riddles, none of which I understood. “You’ve got me confused with someone else.”

My purse, where I normally kept my Taser, was nowhere to be found. He’d better be glad or I’d light his ass up. This whole scene was turning more bizarre by the second. I couldn’t figure out where I was. My surroundings were dim and heat began to consume me.

Blondie leaned closer to me. Being nearer, I got a better look at his dilated eyes. His pupils were diamond-shaped, not the usual round. His grip tightened.

“Asshole. Take your hands off me!”

“You’re chosen, and you’re coming with me.”

Though I struggled against him, it didn’t do any damn good. Bright light blazed up ahead, mixed with smoldering heat. I soon realized the light and scalding warmth was coming from giant flames.

Doubling my efforts, I fought harder, to no avail. Blondie’s face became a blur, and darkness encompassed me—the scalding heat grew stronger. Time seemed to stand still—my mind swirled in a haze. The only thought that became clear, which seemed to chisel into my mind, was that I had to make the right choice.

B. Truly has wanted to be an author since she was fifteen years old and is grateful to have accomplished this dream. She has very vivid dreams and a wild imagination. She likes to read, watch tons of TV shows, and movies. She’s addicted to romance and gets a thrill out of action and sci-fi. She writes New Adult and Adult, Romance. Sci-fi, Dystopian, and Paranormal genres.


B. Truly likes to explore different elements of sci-fi romance, and create various realms of reality. She also loves creating impossible situations for her characters to grow from and try to overcome.


B. Truly has three wonderful children and a husband who defines the person that she is today. She works full-time as an Ultrasound technologist in Houston, Texas.

Thank you for hosting.
B.Truly

Thank you for hosting.
B.Truly