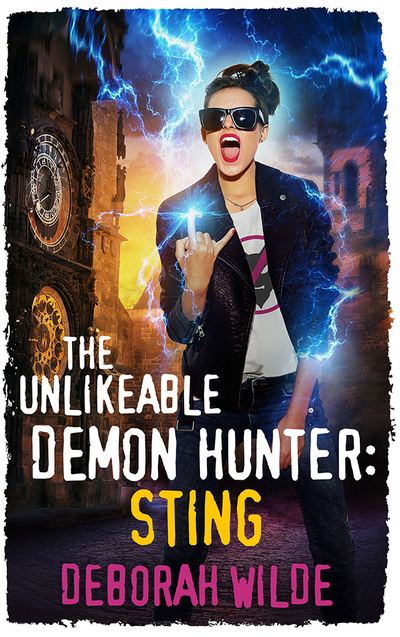 After a bumpy start as the only female demon hunter in the top secret Brotherhood of David, Nava Katz heads to Prague for her first undercover mission: unmasking a demon movie star. She'd be all kinds of thrilled if it weren't for the fact that her fellow hunter-with-benefits, Rohan Mitra, has reclaimed his rock star status and assigned Nava the role of groupie.

Rejecting her "be a good girl and follow orders" directive, Nava unleashes an alter ego guaranteed to hook their celebrity target and drive Rohan crazy. No downside-until she finds herself up against Rohan's past, the Brotherhood's antiquated thinking, and her own identity issues, turning her personal life into a bomb that could blow up the entire operation.

Sparkly and deadly; it's a plan.

Looping my fingers into his belt, I jerked his hips to mine. Rohan’s breath caught and when I brushed my lips over the shell curves of his ear, his whole body went tense. “Prove you’re worth it, baby.” Then I pushed him away, stalking off without a look back, mostly sure that he followed.

The second we got inside the empty elevator, Rohan shoved me up against the wall. I groped for the third floor button, leaning into him. He ran his hands feverishly over my body, hot tingles shivering through my breasts like a sexed-up call and answer. The focused hunger in his expression had me craving more, except my rapid breathing wasn’t all from arousal.

Given the barely banked rage evident in the tense bunch of Rohan’s shoulders, the feeling was mutual. Hopefully, he’d show no mercy in orgasm form and not body count, though I couldn’t promise the same right now.

I bit his earlobe, wanting to hurt him.

Rohan shot me a cavalier smile in response. Holy crap. My knees buckled.

The sprint to my room was a blur.

The second the door slammed shut behind us, Rohan edged his face in close to mine, his palm ghosting my cheek in the barest caress that sent slivery shimmers tumbling through me.

I raised my fingers to my mouth, not realizing what I’d done or that I ran them over my lips until Rohan tracked the movement, his eyes glittering dangerously.

His tongue flicked out, wetting his lower lip. He swayed in toward me and–

“No.” Taking his hands in mine, I forced them behind me. Forced him to hold me there, his rings biting into my skin. Forced him to make a decision; play by my rules or go.

A global wanderer, hopeless romantic, and total cynic with a broken edit button, Deborah writes urban fantasy to satisfy her love of smexy romances and tales of chicks who kick ass. She is all about the happily-ever-after, with a huge dose of hilarity along the way. “It takes a bad girl to fight evil. Go Wilde.” 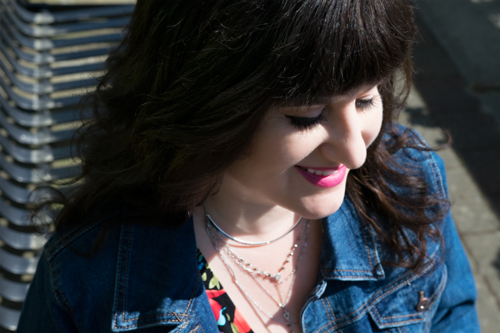 
Deborah will be awarding a $10 Amazon or B/N GC to a randomly drawn winner via rafflecopter during her tour.

Thank you for the great blurb. Nava sounds like a strong female. It's good to have more of them in books.

Thanks so much for being part of my cover reveal party! :)

Thanks for fiving us a chance to win your contest.

A fun blurb too.

This is the best tag line I've encountered in years. And I love the excerpt! I hope the book does really well, because it sounds great.

P.S. the cover's fabulous too!