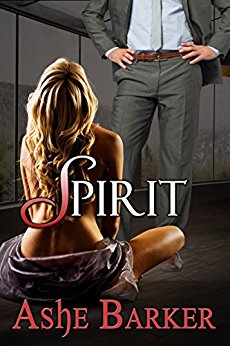 Beth Harte has been on the street, sleeping rough, for more than a year. She knows her way around Leeds—the trash heaps where she can scavenge, the corners and alleys where she can crash, the over-crowded shelters where she can find a cup of watery soup or maybe even a roof for a night. It’s a difficult life, but Beth is a survivor. On a frigid night in December, though, her luck seems to be running out. Burning up with fever, unable to breathe from near pneumonia, desperate for a bit of warmth, she risks sneaking into an office building car park and is caught by one of the building’s tenants.

Affluent executive Matt Logan is annoyed. when he catches sight of the filthy vagrant crouching against the wall, but his irritation turns to sympathy when the skinny girl collapses in his arms. He takes her home, calls a doctor friend, feeds her and nurses her back to health. Beth starts out being suspicious of his kindness, but soon her emotions shift, first toward trust, then toward strong attraction.

Thinking her far too young for a man of his age and vices, Matt tries to resist Beth’s advances, but it doesn’t take her long to overcome his scruples. Sparks fly as Matt teaches Beth about pleasure—and learns a few things himself. As the year spins to an end, they become increasingly close. Then a traumatic event shakes Beth’s trust. Disturbed, frightened and disgusted, she runs away from the man she believes has deceived her.

When they meet again, eight years later, Beth has fought her way to independence and self-sufficiency. She knows what she wants, and is not afraid to go after her dreams. She’s no longer the innocent eighteen year old whom Matt rescued from the streets. Neither she nor Matt is sure they can recapture the magic of their past relationship—or whether she’s ready to take the next step, into his secret world of dominance and submission.

I bought this book after reading the first few pages, an incredibly vivid and moving description of Beth’s experience as a homeless woman. This isn’t typical romance material. It’s dark, gritty, painful, a bit terrifying, and absolutely gripping. Ms. Barker captures the details that make it all real: Beth’s care in hiding the cardboard sheets and bubble pack she uses to keep warm, the way she wears multiple pairs of socks, her embarrassment at her own rank smell.

The incident that drives Beth from Matt’s home is also handled really well. It dovetails nicely with the information we get later in the book, explaining how Beth ended up homeless in the first place. Furthermore, it reveals a lot about Beth’s character, both her strengths and her frailties.

Matt’s and Beth’s reunion later steps a bit more into fantasy territory, but Ms. Barker keeps the story grounded with telling details, for instance the fact that Beth still uses the rucksack she was carrying the night Matt rescued her. I rather expected a bit more conflict—greater difficulty in their regaining their mutual trust. They fall back into their relationship a little too easily for my tastes.

Indeed, this novel deliberately contrasts consensual kink and abuse. Furthermore, the abusers get exactly what they deserve. The ending of this novel ties up every loose end in a happy bow. I actually would have preferred a bit more ambiguity, at least a hint of shadow. Readers who thrive on HEAs, though, will be thoroughly satisfied.