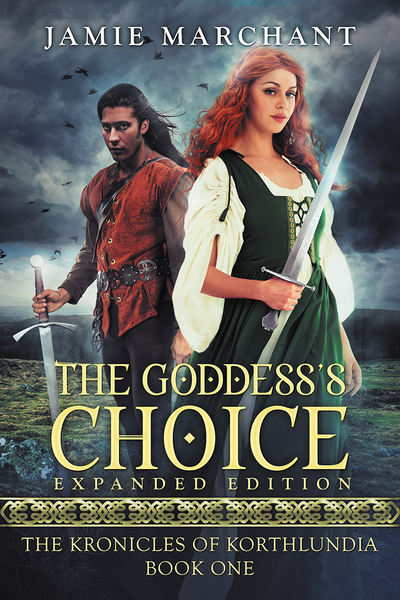 In a world where the corrupt church hides the truth about magic, the fate of the joined kingdom falls on the shoulders of two young people from opposite ends of the social hierarchy.

Crown Princess Samantha’s life begins to fall apart when she starts seeing strange colors around her potential suitors. She fears that she’s going insane--or worse that she’s defying the Goddess’s will. Robrek is a lowly farmboy with incredible magical powers. He has been biding his time waiting to get revenge on those who call him a demon.

Thrown together by chance, they must overcome their differences to fight their common enemy Duke Argblutal, who, with dark magic, is slowly poisoning the king’s mind and turning him against his own daughter. Time is running out for those chosen by the Goddess to prevent the power mad duke from usurping the throne and plunging the joined kingdoms into civil war.

“Let us be painting your face tonight, Your Highness!” Ardra begged, in her north Korthian accent. Samantha’s maid was as small and slight as the princess herself and had hair so blonde it was almost white.

“Yes, Your Highness,” Malvina chimed in. “Lady Shela’s maids said just yesterday we couldn’t possibly know our business ’cause you never wear paint.” Malvina, more of a typical Korthlundian woman, was tall and broad and not nearly as pretty as Ardra.

“Lady Shela,” Samantha snorted in disgust. Shela wore so much paint she resembled some ghastly sea creature. Samantha knew she wasn’t pretty, but she was fond of the freckles that speckled her nose and thought the emerald green brilliance of her gown set off her white skin and auburn hair beautifully. Besides being appallingly uncomfortable, paint would absolutely spoil the effect. The princess gestured toward the huge portrait that covered one wall of her bedchamber. “Do you think Danu wore paint?”

Malvina shrugged. “The Princess Danu was said to be a powerful sorceress, Your Highness. She probably didn’t need to wear paint to attract men.”

Samantha laughed bitterly, as she thought of the army of men waiting below. “I wish not wearing paint was all it took to scare them off. They say Danu never married, and see how happy she is.”

Samantha yearned for Danu’s freedom. The long-dead princess was laughing as she galloped across the fields. Danu’s auburn hair flew out behind her in the wind. The stars on the forehead and chest of her horse shone against its gorgeous coat. Samantha loved this painting, which was just as well because it was bolted to the wall and couldn’t be removed without tearing her chambers apart. She’d decorated the rest of her bedroom to match. Tapestries of horses covered the walls. Her dressing table, armoire, and large four-poster bed had horses carved into the woodwork. A quilt, embroidered with horses and stars, was spread over the bed. The mantle over her fireplace sported figurines of horses in gold, silver, jade, crystal, and precious stones. Every new ambassador added to her collection. 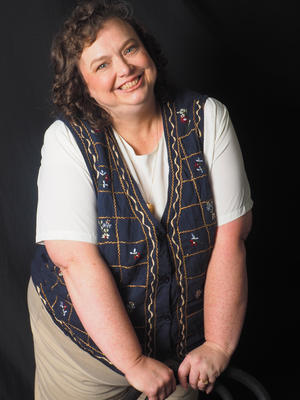 Jamie began writing stories about the man from Mars when she was six, and she never remembers wanting to be anything other than a writer. Everyone told her she needed a back up plan, so she pursued a Ph.D. in American literature, which she received in 1998. She started teaching writing and literature at Auburn University. One day in the midst of writing a piece of literary criticism, she realized she’d put her true passion on the backburner and neglected her muse. The literary article went into the trash, and she began the book that was to become The Goddess’s Choice. She is now releasing an expanded edition of the novel.

Her other novels include The Soul Stone and The Ghost in Exile. In addition, she has published a novella, Demons in the Big Easy, and a collection of short stories, Blood Cursed and Other Tales of the Fantastic. Her short fiction has also appeared in the anthologies--Urban Fantasy and Of Dragons & Magic: Tales of the Lost Worlds—and in Bards & Sages, The World of Myth, A Writer’s Haven, and Short-story.me. She claims she writes about the fantastic . . . and the tortured soul. Her poor characters have hard lives. She lives in Auburn, Alabama, with her husband and four cats, which (or so she’s been told) officially makes her a cat lady. She still teaches writing and literature at Auburn University. She is the mother of a grown son.

Welcome to Beyond Romance, Jamie!

I love your cover, and your premise. Hope the tour goes really well.

Thanks for hosting, and so your readers know this is the expanded edition of the novel. The original edition was released 5 years ago, and if they like The Goddess's Choice, two other volumes in the series, The Soul Stone and The Ghost in Exile, are already available. I'll be checking back throughout the day, and I'd love to answer any of your readers questions.

I am always looking for new authors to read. This book sounds like the kind I enjoy reading. Thanks for alerting me to this author
jwisley(at)aol(dot)com

How many books are planned?