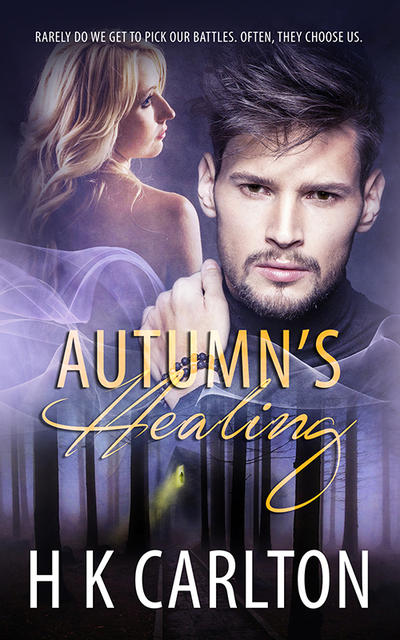 This story was one that as a writer, I struggled with. Whether we like it or not, sometimes our own experiences thread into the plot. Not always but from time to time it happens. Often I find it therapeutic. It helps me to either work out the problem or at the very least, see it more clearly. But this one was so raw and personal that I actually had to put it away for a while. I didn’t know if I would be able to finish it.

Our heroine, Mikaylah MacDonough, is dealing with an empty nest for the first time and when I started writing this story, so was I. It was a difficult topic for me to tackle. I found my deepest darkest fears surfacing as I wrote. For anyone who has also experienced this, it is a time of both excitement and anticipation for the next steps in your child’s life but it is also overshadowed with sadness and fear, real and imagined. On one hand you want them to go out into the world and take it, on the other there is still that overwhelming need to keep them safe and protected from that same big scary place.

Being the parents of three Millennials, my husband and I have also experienced what some affectionately call "boomerang kids". And although for a short time, we were empty-nesters, we have also had our kids move back in after attending university, thankfully, at different intervals. At the moment, one of the three, is under our roof. I know some people—like my husband—look forward to the day when we are once again alone, but I am not one of those people. Nothing feels more ‘right’ to me, as when I go to bed at night and know that all three of my babies are under this roof. That completes me. If it wasn’t for the boomerang effect, I’m not certain I would have completed this story. Funnily enough, the back and forth of it, is helping me to let go, bit by excruciating bit.

Rarely do we get to pick our battles… Often, they choose us.

Single mom Mikaylah MacDonough and her only daughter Autumn have been on their own a long time. So, when Autumn goes off to school, it seems only natural for Kaylah to pull up stakes and follow, though with some clear-cut boundaries, of course. She’s determined to give Autumn space to enjoy the whole college experience but remain close enough for emergencies, meals and laundry. But when the closing date of the current house overlaps with taking possession of the ‘new’ house, along with orientation week, Autumn has to go it alone. From that moment on, Kaylah’s dreams of a new beginning turn into a complete and total nightmare.

When former serviceman Jerusalem Aames drives up to the century-old Cleary house, he sees dollar signs for himself and his all-veteran crew. The rundown, old place would finally put his fledgling construction-renovation firm in the black. But the moment he meets the gorgeous homeowner who had been duped into buying the money-pit, his attraction is swift and instantaneous.

However, there’s something very strange going on in the dilapidated house that has nothing to do with rotting timbers or shoddy wiring. Whatever it is, it’s affecting Kaylah’s state of mind, and Salem finds himself in a battle he’s not sure he can win.

What Reviewers are saying:

From the start, I was intrigued with Kaylah and her old house. The idea of the paranormal good or bad makes the story thrilling. Salem and Kaylah are both survivors and I appreciate how well they are suited for one another. Then comes the shocking truth that Salem uncovers and I was flabbergasted, did not expect the turn in this story. I love it! Autumn's Healing is a highly recommended read!
~ Amy: The TBR Pile 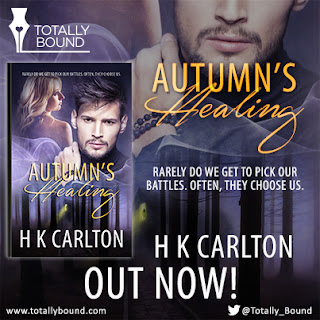 They ended up in each other’s arms. Salem’s pulse was already racing from the strange events, but his interest in Kaylah was undeniable. He seized the moment and captured her lips.

At first, she froze, and he thought she might push him away.

A small sound erupted from the back of her throat and she pressed her mouth firmly to his. She fisted her hands into his shirt and pulled herself up against him. She’d be fully aware of his arousal, but that knowledge only seemed to excite her. She hauled him even closer, gripping his shirt so tightly her fingers bit into his abdomen. To his shock, she snaked her other hand downward, palming his hard-on. Unprepared, he choked at the unexpected but welcome grope.

The pressure felt good. He pushed his length into her. She rubbed with the heel of her hand. It had been a long time since he’d been with a woman. He was afraid if he allowed her to continue, he might embarrass himself over a couple of open-mouthed kisses and a few strokes of his over-eager cock.

To take the heat off him, he skimmed his fingers up under her shirt. She stiffened and gripped his wrist. Then swiftly, she pulled away.

“I’m sorry, Kay, I wasn’t thinking, I didn’t mean to make you uncomf— Ahh, fuck!” He raked his hand through his hair.

“Neither one of us was thinking,” she murmured as she took a step away.

In a nervous gesture, Salem swiped a hand over the back of his neck. He figured he’d kick himself out before she had the chance. “I’m gonna go,” he said, heading for the door. “But I’ll be back in the morning, and we’ll do a thorough walk-through. I’ll definitely take a better look at the wiring issue.”

“Thank you.” Her voice sounded raspy and sexy as all fuck.

He let himself out. The screen door squeaked as it closed behind him. Hazarding a quick look over his shoulder, he could barely make out Kaylah’s silhouette in the entryway.

He’d taken one step off the porch before he heard her soft voice.

Salem’s entire body tensed, his cock surged. Swiftly, he did an about-face and, as best he could, he hopped back up the stairs, careful to avoid the broken one. Kaylah pushed open the screen door and welcomed him back inside.

Want to win a free copy of Autumn’s Healing? Just leave me a comment, with your email, telling me why! I’ll randomly draw a winner on Friday June 2nd.

H K Carlton is a multi-published Canadian author of romance and its varied sub-genres and couplings.

Thank you so much for hosting today and helping me get the word out about the new release. I hope your readers enjoy the teaser.

You definitely have caught my attention with this book... I am curious to see how this story unfolds! Thanks for sharing! greenshamrock atcox dotnet

I too have kids that come and go. Currently, we are alone but that could change tomorrow.
debby236 at gmail dot com

Why do I want to win a copy of Autumn's Healing? Because your excerpt left me hangin' and I need to read more!
lringel at comcast dot net

Welcome to Beyond Romance, H.K.

Sorry I couldn't be here to say hi earlier, but real life intervened...

I always love having you here.

Yay, it's finally Friday. AND it's contest time!

Thank you all for stopping by and leaving a comment. I appreciate your interest.

So, with the help of random.org, the winner of a copy of Autumn's Healing is...
Debby. I'll be contacting you shortly.

Thanks again, Lisabet, for hosting.

Hugs and blessings to all.