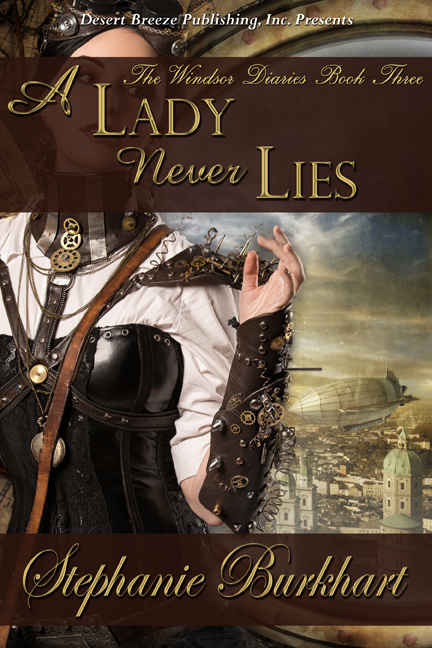 Jocelyn Dunkirk is not your typical Victorian lady. She dresses in leather, wears goggles and is not afraid to get a little grease under her fingernails. Gentlemen avoid her like a dirty rivet.

Richard Windsor, the Prince of Wales, travels through time to claim Jocelyn's heart, but if it isn't one challenge, it's another. He determines to be a constant, steady presence in her life, hoping to prove he'd make a worthy husband.

Jocelyn's facing a bucket full of problems. The Prime Minister wants her to assist in ending a coal strike before it cripples the nation while her father attempts to recover from a serious injury. Will Jocelyn's dedication to her country and family ruin the one chance she has at love?

Jocelyn inventoried her belt in case she needed to flash her gizmos and toys to make a point. Her gadgets could be very intimidating to men not used to them. Then she double-checked her schedule. She had the rest of the rain soaked day and tomorrow. She frowned. Better to get it over with. If only the knots in her stomach would subside, but if she learned anything from her father, it was better to tackle a problem sooner rather than later, rain or shine and she was now committed to this one.

Taking a peek in the mirror over her dresser, she frowned. Her hair was all frizz.

Grabbing a ribbon from the small container on the dresser, she put it up in a bun. It wasn't her neatest work, but it would do. Satisfied, she raced downstairs, joining Richard and Sergeant Eastman in the foyer.

"Are you sure you want to go now?" Richard crossed his arms. "You should rest. There are lines under your eyes."

She waved her hand in the air. "Now's the time to strike -- while the coals are hot or the rain is wet, depending on your point of view."

Richard placed his hands on his hips and looked her over from head-to-toe.

Jocelyn pursed her lips. "What now?"

"You're exasperating, frustrating, infur--" His tone remained light as he helped her into her overcoat.

"I've heard it all, I assure you. Do you want to stay with your brother?"

"Not on your life. Ed can keep Mrs. Riddle plenty of company and I don't want to miss out on the adventure of a lifetime."

She cracked a grin despite herself and flung open the door. Mr. Riddle waited with the horses, protected by a heavy coat. The rain was lighter now, but still steady. Jocelyn hoped it would taper off soon. She grabbed the leather reins, tugged, and the horses trotted away. Unfortunately the driver's seat proved cramped with Richard and Sergeant Eastman both insisting on sitting with her, neither willing to budge.

The trip proved soggy, but Jocelyn made good time. Mr. Riddle's directions were spot on and Jocelyn's memory hadn't failed her. She turned onto Rosewood, avoided a puddle and spied a long, brick building with grey smoke spitting out of the chimneys. Jocelyn parked the carriage next to the stoic façade and her companions helped her secure the horses to the hitching posts. Jocelyn extended her brass and iron umbrella, up to her ankles in mud. Once the horses were tied up, Jocelyn approached the entrance. She grabbed the iron knocker, and pounded on the door. Richard and Sergeant Eastman stood on each side.

"I hear ya!" a gruff voice said, pushing the unwieldy door open. "Who might you be?" He gasped for breath between yellow stained teeth and narrowed his dark eyes, giving her the once over. Thank the rivets her overcoat hid most of her unusual dress.

"I'm Lady Jocelyn Ridgecroft. The prime minister sent me to meet with the miners regarding the coal strike."

Stephanie Burkhart is a 911 dispatcher for LAPD. She was born and raised in Manchester, New Hampshire. After serving 11 years in the US Army she currently calls Castaic, California her home. Stephanie was married in Denmark in 1991 and has two young sons. She adores chocolate, is addicted to coffee and enjoys early morning walks. She's also an assistant den leader for her son's Cub Scout den and is a Boy Scout mom. She writes paranormal, contemporary, and steampunk romance and has two children's books published with 4RV Publishing. 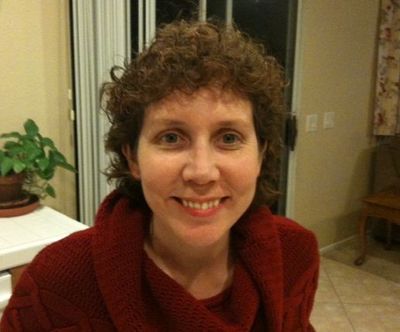 Stephanie will be awarding a $10 Amazon or B/N GC to a randomly drawn winner via rafflecopter during the tour.

Welcome back to Beyond Romance, Steph! I've got to check out this series. I love steampunk.

Thank you so much for having me here today. I had a lot of fun writing the series. I think Desert Breeze does a fantastic job with their covers, too.

Here's a link to the book trailer for Book 1 in the series, Victorian Scoundrel: http://www.youtube.com/watch?v=7IUXjd7Zey

I liked both the book excerpt, and the beautiful book cover.

Hi Stephanie, I've read some of your previous books and really enjoyed what I read. This latest book sounds like a bit of a step away from your usual fare and it sounds like a whole lot of fun too.

I love characters that are true to themselves and aren't afraid of sticking out!

Thank you for the great excerpt.