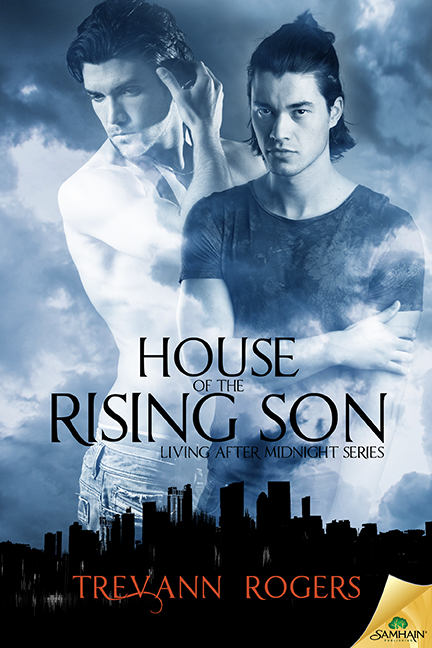 My upcoming release, After Midnight, is the story of three friends, Ria and Jewell and Cheyenne. Cheyenne, an incubus, is a friend with benefits. Ria and Jewell, two young vampires, also happen to be in love but their friendship is at the core of their four-year relationship.

I know many people who are still close to friends from college. I’m not talking about found you on Facebook close. I’m referring to relationships that may have ebbed and flowed with life’s currents, but never faltered. It makes sense—college is where we begin to develop into the person we were meant to be. We endure the pain and emotion of transforming into adults: making important decisions, taking risks without a net beneath us, finding new capabilities and interests, and separating from the comfort and warmth of our families. Perhaps it’s the emotion and commotion of these experiences that bonds us to the friends we meet there.

I’ve even met a few people who’ve kept up true friendships with kindergarten and elementary school classmates. I can’t relate to or begin to explain that connection. At five, we are nowhere near who we will be much later in life.

My deepest, oldest friendships are with my pen pals. Yes, I mean people with whom I exchange letters, handwritten letters. Most of them live in other states, many in other countries. There are some I’ve never met, except across the miles. And I’ve known all of them for decades.

I’ve written Vicki, my longest standing writing partner, for over forty years. We connected through our common love of animals. Over time, we found our lives had taken similar paths. I was a social worker, she worked in law enforcement. We both had children who needed our special attention to thrive in school. We talked about politics, religion, values and philosophies. We shared our lives, and found in each other a kindred spirit and a caring friend. As our lives changed, they seemed to change in similar patterns. For example, we’re both writers, something neither of us predicted or even intended. And we’ve never been in the same room.

I also have a group of amazing pen pals I met through a fan club. Seriously. We all fell head over heels for a particular rock star and found each other through the pen pal section of his magazine—nearly thirty years ago. Although he remains a frequent topic of conversation, over the years we’ve shared our hopes and dreams, our achievements and failures, our losses and our joys. We’ve consoled each other when life tossed hand grenades, and celebrated when it handed us roses. I’ve had the great pleasure of hanging with them at concerts and on vacation. Each time was always as if we’d been together all along.

The love of my life also began as my pen pal.

The medium of writing by hand enabled my friends and I to develop profound connections with each other. When you hand write, you are more focused than sending an email—the simplicity of pen to paper is less conducive to distraction. It takes longer and allows for the quiet contemplation that makes letters more personal and more poignant. Your soul is on the page in ways that it just cannot be on the screen. Perhaps this is why I continue to write my first draft longhand—I want readers to connect to my stories with their hearts.

Although today I also interact with my friends digitally, at the foundation we continue to share the abiding love we found through pouring our hearts out through our pens. The coldness of the computer won’t ever erase the flow of ink that connects us.

Jewell’s stepfather thinks she’s worthless. She agrees. When she looks in the mirror she sees an overweight, overemotional, overeating mess who can’t keep her fangs to herself.

Ria hails from a family of old world vamps who'd be happy to share their wealth with her, if only she’d fall in line. Fat chance, especially since being in that line includes not being gay.

Being in love is easy for Ria and Jewell—the young vampires belong together like vodka and tomato juice. Adding Cheyenne, a talented and sexy incubus, to their union is the hot sauce in their Bloody Mary. The only problem? Vampires and incubi are mortal enemies.

Despite the odds Ria, Jewell and Cheyenne find their way to happiness. But Jewell is hiding a huge secret, one that defies the laws of procreation: she’s going to have a baby.

While she tries to figure out how to break the unbelievable news to her lovers, a horror from Jewell’s past slithers into her present, forcing choices no one should have to make.

Will it be love or death? Happiness or safety? She has until dawn to decide...and it's already After Midnight.

She reached across him and caressed Jewell’s side. Jewell’s eyes opened and she stared expressionless at the ceiling, hyper-alert to danger. It always took a few moments after resurrecting for her to remember where she was and who was with her, but since moving into their new home it seemed to take even longer.

Ria sighed. She’d do anything if it would help Jewell feel safe enough to die each dawn and awaken peacefully. “All is well, Babydoll. It’s just me. Time to rise and twinkle with the stars.”

“Already?” Jewell scrunched her eyes and blinked as if trying to focus them.

Cheyenne lay his head on the soft swell of Jewell’s belly. “Didn’t we just go to bed?”

Ria kissed his back and licked a slow trail down his spine. “Hours ago. Did we tucker out the poor little sex demon?”

She grabbed a fistful of his hair and turned him to face her. “That’s undead girl, thank you.” She bit his lower lip and let it drag between her teeth. “Show us what you’ve got left.”

Trevann Rogers writes urban fantasy and LGBT paranormal romances. Her stories incorporate an unquenchable addiction to music and her love for vampires, Weres, incubi and rock stars. Like these elusive creatures, Trevann learned long ago that sometimes being yourself means Living After Midnight.

You can find Trevann online at:

You can find the first book in the series, House of the Rising Son on Barnes and Noble and Amazon. For information about buying After Midnight, go to www.trevannrogers.com.

Posted by Lisabet Sarai at 2:49 AM

Welcome to my blog, Trevann! What a great excerpt!

I too have long time friendships that developed through correspondence. Although I met my DH in person first, we were living on opposite coasts at the time. We spent one night together, then wrote letters for four months, until we saw each other again.

Good luck with this series. It sounds like dynamite!

Many thanks, Lisabet, for the opportunity to be on your blog. Your love story is a beautiful one. Getting to know someone through letters is very, very powerful. My partner and I wrote for a year before we met, quite literally falling in love through the ink.