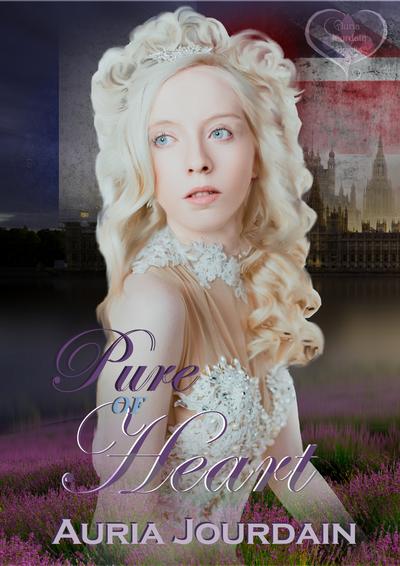 A ghost child left to die in a French forest, Contesse Blanchefort seeks her long-buried past after her adoptive father dies at the Bastille. Embarking on a quest across England with a pagan woman and a rogue Gypsy, Contesse falls ill in London, and her companions are forced to seek help. With overwhelming compassion, physician’s apprentice Eric McEwan nurses Contesse back to health, but discovers that her exotic accent and pale features set his heart ablaze...her mere touch brands his soul. Passion blooms as the two discover their love for one another—with disastrous consequences.

Upon his expulsion from Cambridge, Eric must battle his domineering grandfather’s wrath. When family tragedy strikes, he must return to his provincial home and confront his abusive past. Carrying on with her quest, Contesse struggles to free herself from her childhood as sinister details are revealed. Without Eric, she’s lost. But love is strong...can they conquer their demons to find one another again?

Eric wished the Earth would swallow him whole. He’d spent his entire life under the control of his father, and when he moved to London, he set out to finally be his own man. But here he was…still living under someone else's reign, always a disappointment and never able to please. His grandfather had the money and power to sabotage his entire future. And what did I do...a grown man? I stood there and let him berate me! Eric hated his grandfather—but most of all, he despised himself.

Ripping the cravat from his neck, he jerked his overcoat and vest from his person and threw them to the hay-covered floor. Bellowing in fury, he picked up a stray horseshoe from the dirty straw, hurling it through a window with savage force. He sank to the floor and buried his head in his hands, anguish piercing his heart.

A few moments later, Contesse opened the barn door. Eric looked up at her, staring at her intently. Tears whispered at her lashes, and he chastised himself. Here he was, sitting on the dirty ground, feeling sorry for himself. She didn’t deserve a man as cowardly as him. Realizing he said the words out loud, he scowled.

With her head held high, Contesse padded over to him in her bare stockings and sat on her haunches, grabbing his hands. “You are more than worthy of me, Eric. Edouard Blanchefort would be proud I’ve chosen a good man with a pure heart.” 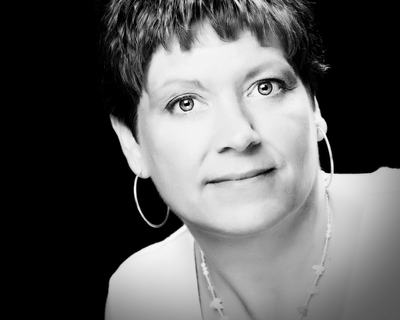 History buff, Francophile, and hopeless romantic that demands an HEA—it’s the perfect mixture for writing romance! With fond childhood memories of reading on quiet afternoons, I loved the "happily ever after" sweet teen romances, but I quickly plunged into the world of historical romance—my get-away-from-real-life transporter. Add in a degree in Political Studies with six years of French, and twenty years later, I’m living my dream. With three published novels, 7 finished, and several more in my head, I have years of work ahead of me!

Auria will be awarding a $15 Amazon or B/N GC to a randomly drawn winner via rafflecopter during the tour.

Good Morning to all! Thanks so much to Lisbet and the Beyond Romance ladies for hosting me today. I hope you enjoyed a small excerpt of Pure of Heart. The first edition was released in 2015 with a small vanity press, and I received my rights back last spring. It needed a fresh revamp with new material and a brand new cover, and I'm so pleased with this second edition!

I absolutely love history, and I do extensive research on every one of my novels. Even though my stories are fictional, my goal is to portray the time period as close to reality as possible. Set during the 18th century in the midst of the French Revolution, Pure of Heart follows the heroine, Contesse Blanchefort, as she travels the English countryside in search of the family that abandoned her as a child. Socially outcast because of her achromatic condition (albinism), she's guided on her quest by a rogue Romani (Gypsy) and a pagan druid woman that don't see eye to eye. Along the way, she meets and falls in love with an Englishman studying to be a surgeon. Isn't that just typical of Lady Fate?

Pure of Heart is the first book in the Pure Escapades series (6 books total will be released), and the story continues with Pure Temptation--the hero, Romani Talon Barberry, is one the secondary characters from Pure of Heart. Both of these novels hold a special place in my heart, and I'd love to answer any questions you might have about the stories, the time period, my writing, or any other whimsy you might have! I'll check back in periodically today. Don't forget to comment to be entered to win my rafflecopter!

Historical romances are one of my favorite genres to read. Thank you for the post. This one sounds pretty darn good.

I look forward to reading this. Sounds yummy. Thank you. aka Becky

Thanks so much H.B. and Becky!! I'm glad you guys could stop in today. I love that historical romance still resonates with people. I started reading the Zebra Historicals from Kensington Books when I was in college, and ever since then, I wanted to try and write my own :D So glad you enjoyed the excerpts!