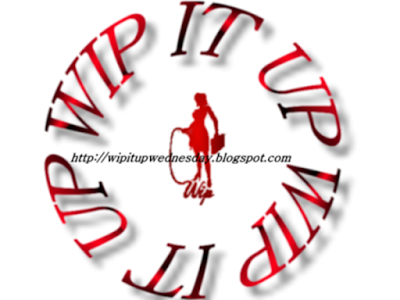 I don’t normally participate in the WIP It Up Wednesday meme, partly because I usually host guests on Wednesdays. In addition, I’m a bit superstitious about sharing unpublished (and unedited) work.

Let me know what you think!


Before she’d even opened her eyes, she recognized him by his scent, feral and intoxicating. Defying the excruciating ache at the back of her head, her pulse quickened and her pussy clenched. She was hardly surprised to find herself lying on the narrow bed at the back of Zack Kane’s shop. The owner perched on a chair beside her, his rugged face drawn into a worried scowl, which persisted even after he noticed she’d awakened.

“How do you feel?” he asked. “Dizzy? Is your vision blurry? Any nausea?”

Bianca explored the lump at the back of her head with cautious fingers. It was tender, but not bleeding, as far as she could tell.

“Feels like a gang of trolls is hammering inside my skull,” she replied. “But I can see all right, and my stomach is fine. Meanwhile,” she continued. “I’m wondering just what I’m doing here.”

Zack shifted in his chair and focused his attention on his big hands. “I—um—happened to be on 12th. Saw you lying unconscious at the foot of some stairs, so I brought you back to my store.”

“Again? Quite a coincidence, don’t you think? Maybe you’re my guardian angel.” She winced at the sarcasm she heard in her voice. She should be grateful for his help. But she knew he was lying.

Ignoring the throbbing pain, she levered herself into a half-sit.

“You’ve been stalking me, haven’t you? Following me around?”

“I thought someone might hurt you.” He spoke so softly she could barely make out the words. “That guy in your office. He’s dangerous.”

Exactly what Jim had said about Kane.

“It wasn’t he who attacked me.” She sat up straighter, willing him to meet her gaze. “Did you see who did?”

“No, I didn’t. Didn’t see anything. Just you, lying there, motionless, injured…”

Finally he raised his eyes to hers. The anguish she saw there burned away her annoyance. All she felt was sympathy—and renewed desire.

“Don’t worry. Please. I can take care of myself.” She clasped his hand in her smaller one, giving it what she hoped was a comforting squeeze. His skin was hot and dry, as though he had a fever. Her pussy spasmed. She wanted that heat, inside her.

“You don’t understand. There are people—forces—powers… Those guys have no souls. They’ll do anything.”

He shook his head. She searched his face, staring into those melted chocolate eyes, seeking the truth. There was something so familiar about the lively darkness she saw there...

“Oh my God! It was you! The dog—the wolf—whatever!”

New York wasn’t normally subject to earthquakes, but Bianca could have sworn the world lurched underneath her. Given her business, she’d already been primed to accept the reality of vampires when Jim had demonstrated his powers. But werewolves? Could it really be true that beings who were half-human and half-beast walked the streets of Manhattan?

And if so, what other supernatural creatures might she encounter?