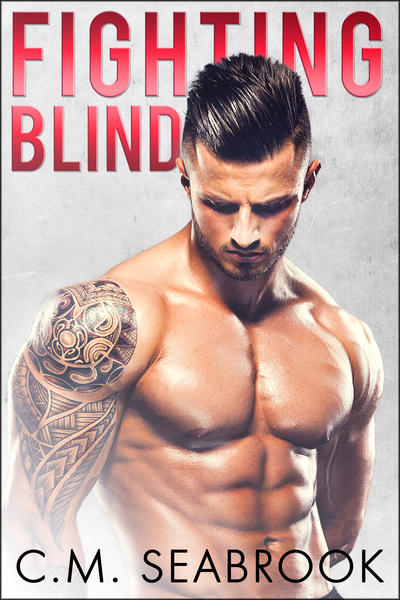 Mackenzie Brooks is everything I've ever wanted.

Three years ago, she walked out of my life. No explanation. Just gone.

With the biggest fight of my career only weeks away, she walked back in.

I'll do anything to protect her. Destroy anyone who tries to hurt her. When it comes to Mac, there isn't a line I won't cross.

I've loved her my entire life, and now that's she's back I won't let her go.

She refuses to speak about the past, or the secrets I know she's hiding.

I know she's planning on running again. But when you love someone, you stay and fight. Even if you're fighting blind.

“Hi.” Long brown hair rolls down her back in glossy waves. Soft, full lips that I’ve only dreamed of kissing open and close as if trying to decide what to say.

An explanation of where the hell she’s been for the past few years would be a good place to start.

“I…just wanted…” Her words come out in a stutter, and she tucks her hair behind one ear.

She’s nervous. Good. She should be fucking nervous.

I move toward her. The muscles in my jaw are so tight they feel like they’re going to snap. I can barely process the emotions that are slamming into my chest. But I can’t take my eyes off her. I’d almost forgotten how gorgeous she was. Hell, I’d tried to forget.

Eyes the color of caramel, with flecks of amber and gold, stare up at me with uncertainty.

Those eyes. They could pierce a man’s heart with a single look. And they had.

I’d have given everything for her. Would’ve sold my soul to the fucking devil just to please her. All she had to do was ask. Instead, she walked away. 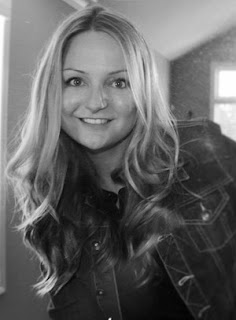 C.M. Seabrook is the author of the Amazon bestselling fantasy romance Cara's Twelve, as well as the Therian Agents paranormal romance series, and co-author of the Mated by Magic series.

When she isn't reading or writing sexy stories, she's most likely spending time with her family, cooking, singing, or racing between soccer, hockey and karate practices. She's living her own happily ever after with her husband of fifteen years and their two daughters.

She loves creating new exciting characters - from sexy, bad boy alphas, to the passionate, fiery women who love them.

Canadian born and bred, she started life in Edmonton, Alberta, and now resides in London, Ontario. She attended Western University where she graduated with an Honors degree in Anthropology.

Her guilty pleasures include red wine, pasta, binge watching Starz originals, and hanging out with her rescue pup, Jaxx.

She loves to hear from her readers and can be reached at cm.seabrook.books [at] gmail [dot] com

The author will be awarding a $25 Amazon or B/N GC to a randomly drawn winner via rafflecopter during the tour.

Visit all her stops for more chances to win!

Enjoyed reading the blurb about your new book. Sounds like a good one too! BTW, you are a new-to-me author...need to look into more of your stuff. Thanks for the giveaway too.

What is wrong with Mac? This dude is HOT! I need to go read now. OR maybe a shower is in order. :D Thank you for the blurb, excerpt, and opportunity. I very much look forward to reading this book. aka Becky

Nice excerpt. First I have read of yours. Always great to find a new author.

thanks for the chances to get to know your book.sound deep.

I am always looking for new authors to read. This book sounds like the kind I enjoy
jwisley(at)aol(dot)com

An interesting bio too.

What a great cover! I wouldn't run from that guy!