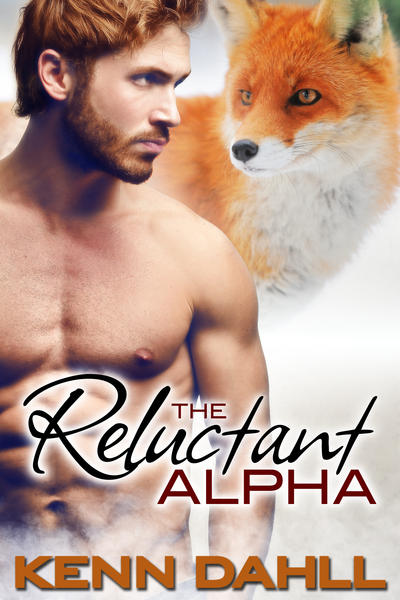 More recently, I refined my storytelling technique following the dictum “Show it don’t tell it.” I developed my characters through various behaviors−sexual and non-sexual−but rarely entered their minds to examine their thoughts and motives. Some of my main characters−almost exclusively male−treated other characters with disdain, humiliated them, manipulated them, sexually dominated them, and crassly threw them aside−all to demonstrate their machismo, domination, or despicable personalities. Other of my main characters demonstrated kindness to the other characters, supported them, treated them with respect, their sex was lovemaking not lust gone astray, and, above all, they showed empathy for the other characters they interact with. These diametrically opposed types are exaggerations, far more frequently the main character was a combination of good and bad, or was submissive to another character−whether voluntarily as in a BDSM story, or involuntarily as when another character was unscrupulous.

Subsequently, I delved into using the main character’s thoughts to reinforce and/or supplement their development. Their contempt of others is both demonstrated through actions and encapsulated in non-verbalized thoughts. In those cases, the thoughts expressed don’t explicitly state motivation but implicitly, through disparagement of another character for example. Wonderment at the actions of others, feelings of mistreatment, biases, and many other thoughts are expressed that complement the characters’ actions to paint more complete portraits. I feel the following quote from a review of Irish Punk best reflects my success with this approach: “Is it possible for a story with D/s, bondage, incest, humiliation and masochism to result in a true love story?”

I violate my own rules in my new book, The Reluctant Alpha. The word “reluctant” was carefully chosen and is explained though actions, conversations, and in deliberations. Rather than focus on the concept of shifting, or on the hierarchy expected in a pack, I opted to emphasize the humanity of the main character as communicated in Benjamin’s expressed reluctance to impose subservience “to another person for life” on a sex partner through bonding. That moral revulsion is first verbalized by Benjamin’s uncle, but eventually Benjamin states the same rationale for his behavior toward a romantic interest whom he pushes away.

The story starts in pre-Civil War New Orleans when Benjamin becomes aware something is going awry; his body constantly betrays him during the day, and at night his mind plays games inducing troublesome nightmares involving running through the wooded areas of his plantation home. A conversation with a ‘confirmed bachelor’ uncle, Adair, enlightens Benjamin about the mysteries of puberty, and more particularly, on being a shifter−a silver fox when not human−and dealing with sexual awakening and the complexities of bonding with an Omega−a situation the uncle explicitly compares to involuntary servitude. The kindness and perceptions of his uncle guide Benjamin through a disappointing relationship with a handsome gen de couleur libres and influences his decision to seek refuge in the mountainous west to explore his nature as a shifter as well as to understand his sexual desires.

Ben, as he becomes known, has a chance encounter with three trappers at the regional trading post. One of the trio is Caleb−a handsome young redhead with a slightly muscular physique, bronzed curls above his collar, and the suggestion of a beard−who attracts Ben’s attention. Before long Ben’s physical attraction to Caleb−who turns out to be a red fox shifter−conflicts with his moral aversion to binding. This reluctance to engage with Caleb emotionally, and thereby risk bonding, is severely tested when Caleb is attacked by several disreputable men who turn out to be wolf shifters, one of whom has his eyes on Caleb’s enticingly plump assets.

In the interim an older sister married and I was moved to her larger suite on the second floor, overlooking the roof of the entrance portico. Using the tall window for access, I often spread a quilt on the flat outside space with its decorative railing sheltering me from view.

On one of those occasions, the sun’s warmth and my adolescent hormones took over and I imagined myself naked with one of the sons of our nearest neighbor, Thaddeus. Tad and I were the same age and attended the same church. Thus we were in Sunday School together for many years. He was always on the scrawny side, but recently I’d taken note of his more strapping physique. Still shy despite his handsome appearance, he was uncomfortable whenever one of the local young ladies directed her southern charm in his direction. To escape his female admirers, Tad frequently sought me out for a day of fishing on the river or horseback riding through the countryside. On the rooftop I envisioned stopping the horses in a secluded grove of trees, spreading a blanket on the grass, and getting naked with Tad. As I fantasized doing obscene things with my enticing neighbor, I unfastened my trousers, reached a hand into my undergarment, and fondled my engorging shaft. Eyes closed I stroked my erection using a glob of spittle to facilitate the movements of my palm. Shivers of pleasure began in my ball sack and were precariously close to bringing me to orgasm when I heard a low voice.

“Master Benjamin, it appears you could use a helping hand.” Startled I retracted my hand from my trousers and looked toward my room. There stood Martin LeBlanc, the Creole tailor Mother had engaged to make and install more masculine drapery in my room. Stepping over the sill, he went out to where I lay stupefied by his materializing out of thin air. Looking around to check if anyone could see him, he knelt on the edge of the quilt and leaned forward to grasp my hard member with a firm, warm hand. “Let me take care of your problem,” Martin whispered as he slid his palm up and down my rigidity. Only a few strokes were required before my body tensed up and my breathing stopped. He was experienced enough to know I was about to shoot my juices on my vest and shirt so he covered my erupting weapon with his ample lips to catch my manly discharge. Delirious I moaned a little loudly necessitating Martin to put a hand over my mouth. “Quiet or we’ll be discovered. Are you recovered enough to pull up your trousers and return to your room?”

“But… you… I… ” Reaching out I clamped a hand on the noticeable bulge in the coffee and cream colored tailor’s crotch.

“We can deal with that once I get you inside and we have some privacy.” Numbly I did as he suggested and went inside. “Now we can finish matters.” Martin removed his clothing until he was as exposed as a classical statue on a pedestal, and as beautiful. As I stared at his naked body with the granite-like curved column of flesh rising from his nest of curly black hairs, the color of Martin’s member, and the hirsute sack suspended at its base, surprised me for it was much darker than the rest of his skin. The tailor gently undressed me until we were both stark naked. Then he led me to my bed, pulled back the covers, and, holding me in his strong arms, fell onto the mattress.

Kenn moved from the gay ghetto of Wilton Manors, Florida to the much more dynamic, yet still extremely gay, District of Columbia area. More than twenty-five years ago he submitted a short story to a “one-hand magazine” contest and won a year's subscription. Since then he has written many stories, none of which he submitted for publication until 2008 and was published in Alyson Books’ Island Boys that August. He is thrilled to be published in eXcessica.com and recently in Torquere Press with over thirty titles. He is also published in two additional Alyson Books anthologies: Best Gay Love Stories 2009 and 2010.

Generally, Kenn says he sees a hot male and constructs a fantasy story around him−how he is dressed, what he might be thinking, what is his relationship with the other males around him be it in a bar, a bus, a restaurant, a bank, or even a church. Sometimes a situation encountered in his daily routine, on vacation, or simply on a casual stroll around the neighborhood inspires him and a story will take shape in his mind, which is then populated from his vivid imagination. Kenn claims to find few outlets outside of gay erotic fiction for his innate creativity and is pleased others are interested in reading what he writes.

Buy Link:  Get your copy of The Reluctant Alpha at Excessica, or other great retailers!

Leave me a comment with your email address, and you could WIN a copy!

Welcome to Beyond Romance. My readers tend to love shifters, so I hope some of them will give your story a try. Lovely cover!

Kenn's a new-to-me author, and I'm definitely intrigued by the story!

Very interesting post. I will need to check out your books. I do not think I have ever read one.
debby236 at gmail dot com

I haven't read a book by Kenn Dahll yet. I love shifter stories and I've added this one onto my wishlist.
humhumbum AT yahoo DOT com