I just got back from my trip to the UK to attend the fabulous Smut by the Sea event in Scarborough. While I was away, I had not one but two new releases. So which one should I promote?

It’s a tough decision. The only possible answer is: both! You’ll find blurbs and excerpts for both Fourth World and The Last Amanuensis below. Check them out, then leave me a comment with your email. I’ll randomly select one person from all the people who comment, and give that individual whichever book he or she prefers.

Oh—and since today’s Sunday, one of the excerpts includes a snog. Don’t forget to visit Victoria’s place for more Sunday kisses! 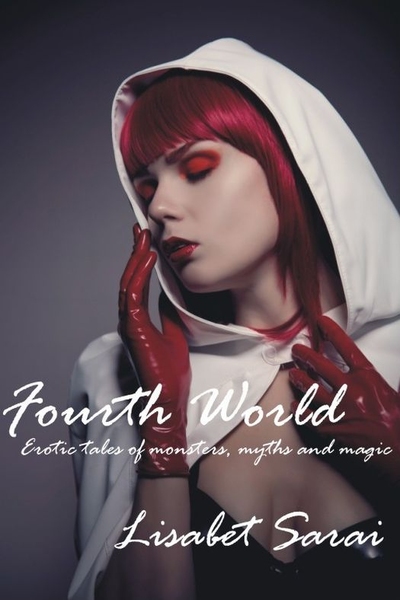 The lightest of pressures, the briefest of touches, but it sent tremors through her sex. Instinctively, Beth parted her legs and rocked her pelvis forward, seeking more solid contact. The shopkeeper obliged, slipping one slender finger into the mass of moist curls to her center. Sparks leapt from that finger, raced through her, leaving her weak and breathless.

"Please..." she tried to say, not really knowing what she was asking for but wanting it more than anything. She had no voice, though, no will. She could barely stand.

The proprietor smiled at her reflection, kind, encouraging. "Come here, my dear." He led her to the velvet chaise. "Lie back. Relax."

Beth's mind flailed wildly, even as her body obeyed the man's suggestions. She searched his mild, middle-aged face, seeking reassurance. In response, he knelt in front of her, gently but firmly pushing her thighs apart. Then he removed his glasses, and his eyes were unveiled. Beth thought of the ocean, of the sky, of a gas flame, azure bright, almost transparent. And then of a star sapphire, ever-changing light sparkling in blue depths.

Then he bent his mouth to her sex, and Beth forgot to think.

Sensation and emotion, velvet wetness and diamond sharpness, his tongue a feather and a sword. She writhed and shook, keening like a madwoman. The shawl slipped away from her body. The velour upholstery grew damp beneath her. Beth did not notice. He licked, nibbled, probed her depths, breathed her, drank her, buried himself in her, swallowed her whole. She did not know what it was that he did, only that it brought near-unbearable ecstasy. The world shattered and fell away as pleasure drowned her. 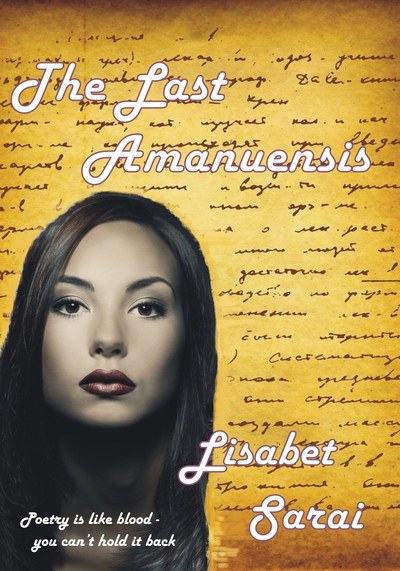 He told me once, as dawn neared and the candles sputtered out, that I was the most skilled of all the secretaries he has employed over the years. I remember his praise on the nights he does not require my services, when I lie awake thinking about him and our perilous enterprise. It almost melts the lump of cold fear that has taken up residence in my chest.

“Sorry, sir.” Picking up the instrument (one of his many clever designs), I apply the needle once more, resolutely ignoring the tiny gasp that escapes him. “Just three more words,” I add, tracing the pointillist curve of an S on the still unmarked spot below his right kidney.

He remains silent. Unutterably brave. I check the scrawled page spread out on the table, just to be sure—the ink is unforgiving of mistakes—then bend again to his pale flesh. Blood wells up from one of my punctures, glittering like a ruby in the snow. When I wipe the surface with an alcohol-soaked napkin, he quivers upon the mattress. Probably he is reacting to the sting, though I like to imagine it is my touch that affects him thus.

Though I know he'll be angry, I cannot stop myself from stroking his naked arse, tracing the lines of text that march up the swell and down into the hollow between his legs. Some are written in my neat, squared hand. Others are unfamiliar. All are beautiful, a thousand words in reds, greens, purples; opulent as some medieval manuscript.

My employer shifts again, spreading his thighs a bit so that I glimpse the dusky, wrinkled mass of his sac. His living warmth penetrates the rubber of my gloves. I nearly tear them off, just so I can feel his skin against mine. My fingers tingle, drawn to his illumined flesh like steel to a magnet.

“Adele!” There's no fatigue in his voice now, no trace of weakness, nothing but iron determination. I flush with shame at my irresponsible distraction. “Finish the bloody poem.”


Don't forget to enter the giveaway! Leave me a comment telling me which book you'd like to win. And don't forget your email!
Posted by Lisabet Sarai at 12:19 AM

Congratulations on your new releases and I hope you had an amazing time at Smut by the Sea - wish I'd been there :)

I was hoping that you'd be there. Tabitha, too. Ah well. Just have to get you to come East!

If I were to win, I'd like to get Fourth World.

Congrats on both releases Lisabet!
Fourth World would be my choice.
greenshamrock at cox dot net

Congrats on your releases! I'd like Fourth World if I win, please.Thanks!
turtle6422 at gmail dot com

Congratulations to Jana, my giveaway winner. I'll be sending you your book shortly.