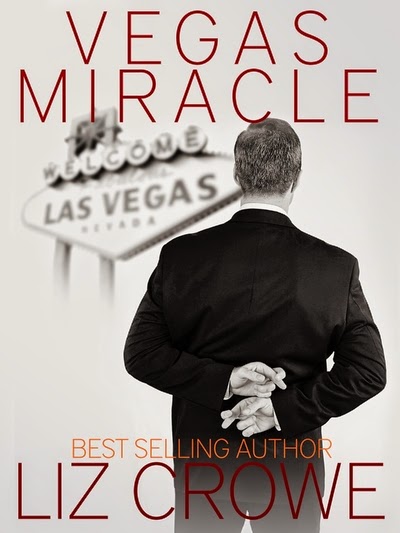 Ryan and Grace Sullivan have all the outward indications of a happy life: money, success, an undeniable physical attraction that quickly evolved from whirlwind relationship to marriage. But lately, Ryan's become moody and distant. As their relationship starts to crumble, Ryan discovers something about himself he can't admit just as Grace realizes the young man she encounters at an invitation only party, Henri Christophe, a celebrity chef with the most successful restaurant in Las Vegas, is her husband's lover. But Henri holds a secret himself. He wants to be more to both of them.

As they attempt to make their unconventional arrangement work, Ryan's deep-seated fear of relationship failure continues to thwart everyone's happiness. When he finally walks away instead of confronting the emotional connection the trio shares, he returns to find their lives flipped inside out. A sought after hotel and resort consultant, Ryan has yet to meet a problem he couldn't solve. But when it comes to his own heart, he may be too late.

"Please trust me, Grace." His voice soothed. Henri’s lips disappeared for the moment and she started to glance down towards her feet where he’d just been when her vision went black.

"Just let go." Ryan’s voice near her ear as he pulled the blindfold over her eyes, quickly joined by Henri’s sing-song accent brought a strong chill and shiver. “Trust me, my love. I would never, ever hurt you.”

When one set of lips encircled her nipple and another started nibbling up the inside of her thigh, she finally did just that, sighing in relief. Letting the two men take over, giving into the moment, Grace’s entire body felt licked by flames up as the lips became insistent and the bondage chafed at her wrists.

"Ah shit, Ryan," she mumbled, not even sure what she meant but since she was in a “going with it” frame of mind, she said it.

"I’m gonna make it okay, I promise." Her husband’s voice had gone husky with lust.

She shivered, sighed and bent one leg up, allowing Henri full access to her still wet center from their earlier encounter. In a quick movement, the men changed positions. Now Ryan’s lips caressed her pussy, pulling her clit into his mouth, sucking and tasting her. She started to shift her hips, realizing he had to be tasting Henri. But the constant suction and pressure on her flesh combined nearly sent her over the edge again. Then Henri’s mouth closed over her nipple, his teeth, a quick nip, the sharp pain making her squeal and her body pulse with a sudden, knee jerk orgasm.

"Mmmmm," Ryan’s voice echoing between her legs her flush red from head to toe.

"Jesu, that was gorgeous," Henri whispered in her ear, his lips trailing around her jaw line. He ran a hand up and down her stomach past her rock hard nipples, just brushing them as her body calmed. She flexed her wrists against their bonds, wanting to touch all the male flesh around her, whimpering in frustration. But the warm friction felt pleasant, sexy even, and she arched her back, on fire with urgency.

"I want to be inside you Grace." Ryan’s was hoarse voice near her ear.

"No, I want to be inside you." Henri’s lips tickled her other ear. Grace grinned.

"Well, boys, we have a dilemma." She snuggled down into the soft pillows again, skin pebbling in anticipation. "Untie me and let’s see if we can solve it." The words coming from her mouth surprised even her. A quick flick of a wrist and her hands were free but the blindfold remained in place. Hands pulled her up, lips covered hers. She was no longer able to determine which of the amazing men was doing what, which somehow seemed appropriate.

Amazon best-selling author, mom of three, Realtor, beer blogger, brewery marketing expert, and soccer fan, Liz Crowe is a Kentucky native and graduate of the University of Louisville currently living in Ann Arbor. She has decades of experience in sales and fund raising, plus an eight-year stint as a three-continent, ex-pat trailing spouse. 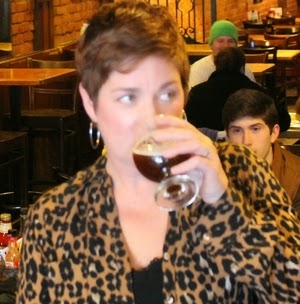 Her early forays into the publishing world led to a groundbreaking fiction hybrid, “Romance. Worth the Risk,” which has gained thousands of fans and followers interested less in the “HEA” and more in the “WHA” (“What Happens After?”).

With stories set in the not-so-common worlds of breweries, on the soccer pitch, in successful real estate offices and at times in exotic locales like Istanbul, Turkey, her books are unique and told with a fresh voice. The Liz Crowe backlist has something for any reader seeking complex storylines with humor and complete casts of characters that will delight, frustrate and linger in the imagination long after the book is finished.

Don’t ever ask her for anything “like a Budweiser” or risk bodily injury.

This post is part of Liz's blog tour celebrating the release of Vegas Miracle. You could win a six-month Kindle Unlimited subscription! Just use the Rafflecopter widget below.

Visit the other stops on Liz's tour for more chances to win:
http://goddessfishpromotions.blogspot.com/2015/04/book-blast-vegas-miracle-by-liz-crowe.html

I wish I could have posted some of your "teasers" but they looked awful in my blog layout. Good luck with the release - sounds sizzling! (You'll note that I chose the XX excerpt. But then that figures, right?!)

thanks so much for hosting me!