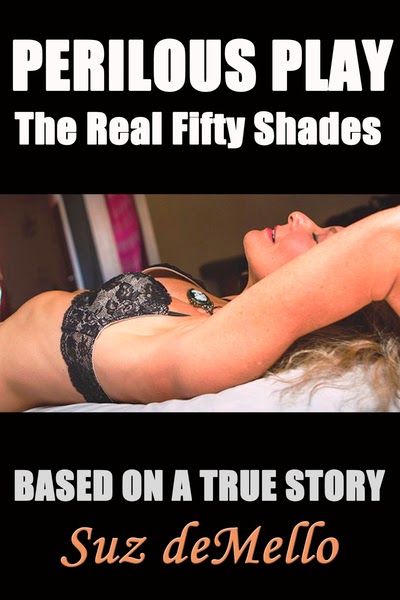 The cover of Perilous Play states: based on a true story. The fact is, very little in this memoir is fiction.

Places and names have been changed. The time in my life when these events occurred is altered. One scene was added, to wrap up the story and tie it in a tidy bow.

But otherwise, it’s all true.

I had to change names, dates and places because of a commitment I had made to a man I call “Trapper Hart” in the book. He’s quite well-known in his portion of our world, so it took quite a bit of fancy footwork to revise the facts to me truthful enough, but not too truthful.

This was a new experience for me as a writer. Either I’m absolutely truthful, as in a blog about an event, or totally fictitious, like the vast majority of my novels and stories. I don’t generally write many drafts—I edit as I go—but Perilous Play was unusual. I needed about four drafts before I hit on the right formula that would allow me to tell the truth of my experience while keeping my word not to “out” my former Dom.

Here’s what the book is about:

Here’s an excerpt of the only fictional event—a ménage with two men I did have relationships with. Alas, never got that ménage experience I’ve craved for so long! But it’s a hot scene and I hope you enjoy it.

I drove to Lafayette feeling hot and ready. I thought I’d be able to persuade Mark to allow me to top him again, which really excited me. That emotion quickly changed to deliciously terrified seconds after I rang his doorbell.

Because Tobias opened the door.

Mark stood behind him, arms folded over his torso. Both looked grim, which surprised me. Wasn’t Mark’s birthday a joyous occasion? Squelching nerves, I entered, handed Mark his gift and hugged him. “Happy birthday, sweetie.”

“Sweetie,” he said, contempt infusing his voice. “Is that right?”

I set down my toy bag and handed Mark his gift. Without opening it, he tossed it onto the kitchen counter, reached into his pocket and took out his cell phone. So did Tobias. After brief finger-tapping, they held out the phones so I could read the screens. On each, I saw:

Good morning and Happy Thanksgiving! I hope today is everything you want it to be, sweetie!

I was fucked. Or going to be fucked. “Uh, guys,” I started, backing away and holding out my hands in entreaty. “Uh, I know this looks bad, but—“

Tobias reached around me and shoved the door closed so hard it slammed. His other arm caged me between his solid body and the door.

I wasn’t going anywhere Tobias didn’t want me to go.

I stared into his dark eyes, trying to read his expression, divine his thoughts. The only conclusion that I could reasonably reach is that I had insulted my Dom.

“You know what you’ve done,” he said.

“You know it wasn’t appropriate.” His mouth twitched and I realized he was trying not to grin.

I nodded again, squelching my answering smile, playing the game. Why not? It was fun.

His eyes twinkled. “You’ve been a very, very bad girl.” He ran a finger along my jawline.

Shivering, I closed my eyes, allowing myself to get into role, immerse myself in the scene. Was I safe?

Oh, yes. I’d been with both men before. They knew my limits and were entirely trustworthy.

“Do you accept your punishment?”

Excitement zipped through me as though I’d dared to touch a live Taser. “Yes, sir,” I said sweetly, batting my eyelashes.

I peeked around Tobias. Though our relationship was more equal—in fact, Mark enjoyed me topping him—he didn’t look pleased. He picked up a couple of dark-gray objects that lay on his kitchen counter.

If what you have read intrigues you, here are a couple of buy links:

Best-selling, award-winning author Suz deMello, a.k.a Sue Swift, has written nineteen books in several genres, including memoir, nonfiction, erotica, comedy, historical, paranormal, mystery and suspense, plus a number of short stories and articles on writing. A freelance editor, she’s held the positions of managing editor and senior editor, working for such firms as Totally Bound and Ai Press. She also takes private clients.

Her books have been favorably reviewed in Publishers Weekly, Kirkus and Booklist, won a contest or two, attained the finals of the RITA and hit several bestseller lists.

A former trial attorney, her passion is world travel. She’s left the US over a dozen times, including lengthy stints working overseas. She’s now writing a vampire tale and planning her next trip.

I hope this sells really well.

Thanks, Lisabet! I appreciate your support.

Thanks, Lisabet! I appreciate your support.