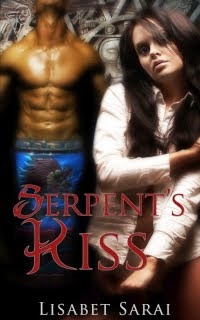 Elena is irresistibly attracted to Jorge, although he warns her their coupling could open the gates of chaos. She and Jorge fall in love, despite his dire predictions. Gradually Elena comes to understand that Jorge is a supernatural player in a cosmic drama that will determine the fate of the earth and of mankind - and that even if he triumphs in his apocalyptic struggle with his nemesis, she may lose him forever.

"Doctora!" The voice rose out of the darkness - the voice of the man who had vanished that morning from a sealed room, leaving no trace but a brilliant, multi-hued feather. As if conjured by her thoughts, Jorge Pélikal emerged from the shadows. He waited at the foot of the steps, as though requesting her permission to ascend.

He looked far healthier than when she had seen him last. His step was firm and strong, with no indication that he was in pain. His hair cascaded over his shoulders, gleaming in the light of the rising moon. She could not see his face - he was still too distant - but she could smell him. Vanilla and wood-smoke - the same scents that were evoked by the mysterious token she had found under the bed.

He was dressed in rough-woven trousers and a peasant's cotton tunic, all in white.. His skin, in contrast, was a deep cocoa-brown.

Elena's heart rose into her throat. He was beautiful. He was dangerous - she sensed this - not because of what he might do, but because of who he was. But who exactly was he?

"Jorge! Why did you run away?" She gestured for him to join her on the porch. In an instant, he stood in front of her, a half-smile on his full lips.

He grasped her hands. His skin was cool now, and moist like the jungle night. His fever was gone, she thought gratefully. Joy bubbled up in her chest. She almost laughed. She had thought that she would never see him again.

"I had no choice. I was in grave danger. And by remaining in your clinic, I was placing you in danger."

"Moving when your chest has been ripped open and is held together by nothing more than a few feeble stitches wasn't exactly the safest thing to do," she scolded. "But I'm happy to see that you're so much better."

"Much better, thanks to you, Elena." He squeezed her hands. Desire raced through her, sharp, irrational, irresistible. "I'm sorry that I had to return and place you at risk once again. But I left something behind. Something important."

"I know. I have it, hidden safely away."

He searched her face, apparently trying to determine how much she knew about the feather. "Give it to me, then, and I'll leave you in peace."

"No - I don't want you to go. I'll give you the feather, but only if you promise to spend the night with me." Listening to herself, Elena was appalled. What was she saying?

She had not planned this. She was keeping the feather for him and had honestly intended to return it. But now she wanted him, with a single-mindedness that drove out all reason. She would do anything to satisfy this uncharacteristic desire. She could not let him escape again.

He cupped her cheek in one of his strong brown hands. Elena nearly swooned.

"You don't know what you're asking, Elena. It's not possible."

"I know what I want. What I need. And I won't turn over the feather until you give it to me."

He removed his hand, leaving her mourning for his touch. "I could force you." His soft voice rang with power.

"Go ahead and try." Elena's words were defiant, but there were tears in her eyes.

"You don't understand what you ask. If we couple, you and I, we will open the gates of chaos." He hovered close, leaning over her, gazing into her eyes. His scent made her dizzy.

His strong arms snaked around her body and pulled her to his chest. "So be it," he whispered. "As the gods will."

His mouth captured hers. He sucked away her breath, drained her of her strength. Then he swept his tongue across hers and everything flowed back - strength, breath, awareness, pleasure. She felt his tongue everywhere, on her aching nipples and in the liquid gap between her thighs, tickling the tender lobe of her ear, dancing in the hollow at the base of her throat. Yet she knew, with the tiny kernel of rationality that remained, that his lips had not left hers. This exquisite ballet of sensation was nothing more than an illusion.

Real or imagined, the fluttering tongues quickly carried her to the edge of release. "Please," she begged, sliding her mouth away from his. "I can't wait. Make love to me." He clutched her to him. His erection pressed into her belly like a lump of stone. "You want me, Jorge. Take me."

What sad blurb. That she may lose him forever, but I know romance and there must be some happiness in the end. Thanks for the excerpt. Another great story!
debby236 at gmail dot com

wow! sounds great! love the excerpt! thanks for sharing. :)
shadowluvs2read(at)aol(dot)com