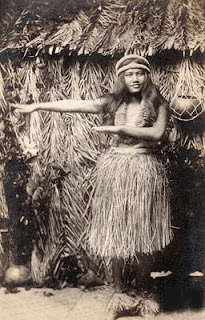 A writer friend of mine, Sabah Karimi, wrote, "You never know how far you can go until you make success your ONLY option." I didn't know Sabah when I quit my boring day job at the end of 2007. However, I woke up every day and went to bed every night saying to myself my own version of that quote until the fateful day arrived that allowed me to clear out my desk and go home to become a full-time writer.

It was exciting. It was scary, and it worked. Now, nearly four years later, I can barely remember what it was like to have to rush to a job I hated every day.

If you can live your dreams, live them.

After I became a full-time writer, my goal was to earn enough money writing to make a part-time income. I accomplished my dream within a year.

Another dream I have is to become a novel writer. That goal is still in the works. I’m slowing getting to the day that I can say I have a novel written, and my publisher has been waiting patiently.

My third dream was to become an owner of a flash fiction site.

Flash fiction, or a flasher as some writers call it, is a short-short story. It can be as long as 1,000 words or as short as 100 words, or even less. What is important to remember about flash fiction is that it is a complete story - with a beginning, middle and an end.

I love flash fiction for its brevity. I’ve always been a gal who “cuts to the chase,” and that’s a fitting metaphor for what flash fiction is. There’s no room for unnecessary words or rambling.

But there was one thing I learned about flash fiction that I didn’t like. The opportunities to get it published and paid for are slim. There are places to send your flashers, but not many sites and publishers will give you cash in return.

As my article writing became successful enough for me to earn a part-time income, I realized I had enough money to start my own site – Leodegraunce (http://www.leodegraunce.com ). It wouldn't just be a flash fiction site. It would be a place for quality flash fiction where you are paid for your work. I pay $5 per 200 words or less. As an article writer, I know that’s a pretty decent payment given the word count.

"You spill the paint, and I'll lash your bottoms 20 times," the warden said with whip in hand. Anna liked how the warden’s red nails matched her red lips.

The women scurried to their places, trying to be as careful as possible, but within 5 minutes, to the horror of her mates, Anna had paint everywhere; she had even thrown some at the ceiling.

"Well Missy, it appears that 40 lashings will do for the likes of you."

Anna could hide the gush in her panties, but not her smile.

Although I love erotica, I wanted Leodegraunce to be more than an erotica flash fiction site. I just wanted it to be a place for flash fiction. I wanted all the offerings to be of quality and complete stories, and I hired an associate editor, Gary Russell, to make sure this happens every time.

As I said in my interview at Duotrope (http://www.duotrope.com/interview.aspx?id=5317 ), "As the founder of Leodegraunce, every flash fiction story must meet my eclectic taste and fit the theme for the month. We receive up to 70 stories a month, and I only accept 4 or 5 of them. Then they must pass through the eyes of my associate editor. If he determines that a piece I've chosen is not a complete story, I reject it and replace it with another selection. I'm good at determining if a story has a beginning, middle and an end, but it can get tricky with flash fiction. I'm not looking for poetry."

I'm extremely pleased at the enthusiasm and the number of submissions for Leodegraunce. We will also present an anthology of flash fiction that includes the stories featured on the site, plus new stories, in a book to be published in 2012 by LL Publications. I didn’t expect my site to take off as well as it did, but that’s what has happened, and I’m grateful.

If you enjoy flash fiction, whether it's erotica or not, visit Leodegraunce. We promote a theme every month, and I'd love to read your submissions based on the theme. Also, if you love vintage photos, you’ll enjoy the look of the site, which showcases black and white images mainly from the early to mid 20th century.

Lisabet, thanks for allowing me to gab at your blog!

BIO: Jolie du Pre (http://joliedupre.com) is a full-time freelance writer. She is a published author of erotica, with short stories in over 15 books, and the editor of three erotica anthologies. Jolie is an article writer who focuses on celebrity news and gossip. Many of her articles can be found at Yahoo! News, Yahoo! TV and at Yahoo! OMG! Under another name, she has written for Spinner, Asylum, Good Meals, Parent Dish, Noise Creep, Made Man, eHow, among others. In addition, she has ghostwritten thousands of articles for various clients. Jolie is a married mother of two, who loves to run up to five miles a day, read fiction and nonfiction, cook healthy meals and watch comedies, classic and contemporary. When she was active in the Erotica Readers & Writers Association she was introduced to flash fiction, and she is pleased to pursue it with Leodegraunce.

Join me at the EAA Erotica Writer's Conference this September 9 and 10 in Las Vegas, Nevada! (http://eroticauthorsassociation.com/EAA/conference/about-the-conference )

Posted by Lisabet Sarai at 2:56 AM

A warm welcome to Beyond Romance! I'm impressed with your determination and your self-confidence. I do agree that we have a much greater power to make our dreams real than most people realize.

Where does the name Leodegraunce come from?

Thanks again for the guest blog post! I stole the name from King Leodegrance (Arthurian) but I like the spelling Leodegraunce. I named the site Leodegraunce simply because I like the name. That's the only reason. Plus, the name was unusual enough for me to get a domain name. (I originally wanted the name Mac, but that's taken. (smile))

Thanks Dawne! I'd love to read your work! Give it a try!

I love your optimism and your spirit and I love that you set a goal and accomplished it. Ur my kind of girl! I will check out ur site and will contribute when I can. All the best...

@Word Actress - Thanks so much!

Hi Jolie!
You are definitely an inspiration because after knowing you online for years, and then finally meeting you in person, only a fool will stand in your way when you want something done.
I'm glad Leodegraunce is taking off and you KNOW I'm looking forward to the collection next year ;D

I have the best publisher in the world - LL Publications ( http://www.ll-publications.com/) and Logical-Lust (http://www.logical-lust.com/index.html). I'm very fortunate to be working with a publisher I love and trust. I can't wait to see you guys in Vegas and then later for the EPICon cruise in March!!!