The Story Behind the Story: Fight for Love

I grew up watching wrestling with my father, and when I decided I wanted to write a romance novel with an athlete as a hero, I made him a wrestler. That’s how the story about Rafael Lopez and Rebekah Jamison in Fight for Love was born. Fight for Love is the second book in my Hot Latin Men series, and I wrote it out of part nostalgia and part admiration for the skills of these athletes.

I don't watch wrestling like I used to, but I still love their bigger than life personas and admire their athleticism and skill in the ring. Some of the big names have gone on to act in movies, so you’ll no doubt recognize these guys: Dwayne The Rock Johnson, John Cena, and Stone Cold Steve Austin, just to name a few.

Depending on your age, you’ll recognize some of my back in the day favorites: Hulk Hogan, Pretty Boy Rick Flair, Rowdy Roddy Piper, Jake the Snake Roberts, Abdullah the Butcher (who owns Abdullah the Butcher's House of Ribs & Chinese Food here in Atlanta--I'm not making that up), and there are so many more.

It was easy for me to write about the showmanship of the athletes, but I needed a better understanding of what took place behind the scenes. For that I watched a documentary called “Beyond the Mat.” I had a good idea of what these wrestlers went through, but it opened my eyes even more and I was able to incorporate some of the knowledge I gained into the story.

Here are some of the things I chose to weave throughout:

o Many of the wrestlers use pain killers to get past the physical pain and damage they do to their bodies in the name of entertainment.

o Illegal drug use is rampant in the industry.

o While the WWE (World Wrestling Entertainment) involves a lot of acting and rehearsals by the wrestlers, their athleticism shouldn’t be questioned. One wrong move could cause an accident with dire consequences. They suffer from cracked skulls, broken limbs, and busted heads, all in the name of “entertainment.”

o Their families struggle with their commitment to the sport. Imagine watching your spouse, father, son, etc. getting pummeled in the ring, slammed with chairs, tossed over ropes, and often continuing to fight even when they’re in pain.

When they were married, she went to few of his matches because she couldn’t stand to see him get hurt. Still, when he came home, she would tend to his bruises and cuts.

Rafael used his brute strength and fighting skill to catapult him into success as a wrestler. I had to give him a stage name, like so many of the other wrestlers have, so I called him La Sombra (“The Shadow”). Unfortunately for him, he found himself at the wrong place at the wrong time and got caught up in a tabloid scandal that involved half-naked groupies, prostitutes, and drugs, and caused him to lose Rebekah.

When the story opens, nine years have passed, and Rafael shows up unannounced at Rebekah’s door. He finds out he has an eight-year-old son, and that’s when the fireworks begin.

Science teacher Rebekah Jamison lives a quiet life in the suburbs of Atlanta. Devastated by a tabloid scandal nine years ago, she ended her marriage to the man her parents never approved of.

Rafael Lopez, former professional wrestler and “Sexiest Athlete Alive,” regrets the lapse in judgment that caused him to lose his wife. He shows up unannounced one day with some startling news, but he gets a surprise of his own. He finds out he’s a father. To get to know his son, he whisks him and Rebekah off to his home in the Hollywood Hills for the summer. 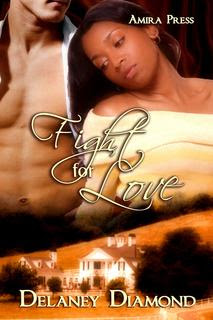 Rebekah’s heart kick-started with a thump, the matter-of-fact tone doing nothing to allay the frisson of fear that trickled down her spine. Even more disconcerting was her reaction to the deep, seductive sound of his accented voice. It scrambled her brain and sent unwelcome vibrations running through her.

She didn’t dare look at him, worried he’d see every emotion she felt. Shame. Excitement. Anxiety. She needed time to gather her thoughts so she could have a coherent conversation. The shock of his unannounced arrival sharply tipped the balance of her normally ordered day toward disorder.

Deafening silence descended between them, and Rafael was the first to break it. “We need to talk.”

As he shut the door on the outside world, Rebekah finally ventured a look at him. His thick black hair was closely shorn to his head. At five-feet-seven, she wasn’t a small woman, but Rafael dwarfed her at six-foot-three. He had an incredible physique, with muscles so densely packed the linen button-down shirt couldn’t conceal them. His muscles were tightly honed from years of weight lifting and hours of exercise, creating a fighting machine of flesh-covered steel. Each meaty bicep was the size of one of her thighs, and his lean fingers looked long enough to span the width of a basketball.

“Sexiest Athlete Alive,” headlines had proclaimed two years in a row. More recently, his rugged good looks could be seen smiling into the camera endorsing agave nectar, an all-natural sweetener exported from Mexico.

When his dark gaze rested on her, the last remnants of rational thought disappeared like a puff of smoke in a blast of wind. For a few seconds, her breath caught in her chest, and she was once again the seventeen-year-old girl who had anxiously awaited her eighteenth birthday so she could run away and marry the man of her dreams. He became the twenty-year-old rough neck from south of the border who had captured her heart and convinced her not to judge a book by its cover. His coarse exterior had disguised a tender heart and loving disposition—or so she’d thought. Her disapproving parents had been correct in their initial assessment of him. Rafael had changed once they were married, and not for the better.

Delaney Diamond was born and raised in the U.S. Virgin Islands. She has been an avid reader for as long as she can remember and wrote her first novel at the age of 14, which she only shared with her friends. In 2008 she started freelance writing, and in 2009 she gave fiction writing a try, which resulted in her debut novel, The Arrangement.

A diehard foodie, when her head’s not buried in a book, she’s in the kitchen trying out new recipes or dining at her favorite restaurants with friends. She speaks fluent conversational French and can get by in Spanish.

To purchase Fight for Love: http://amirapress.com

Welcome to Beyond Romance! FIGHT FOR LOVE sounds like a winner. I've never watched wresting, actually, but you make it sound pretty sexy.

Thanks for having me, Lisabet! And yes, wrestling is sexy. You can't go wrong when you have a bunch of half-naked, sweaty men running around showing off their muscles.

I grew watching and attending wrestling matches. You forgot one thing: "the loser leaves town matches."

Hi K.T.! A fellow lover of wrestling. I only attended one match in my life, and it was when wrestling came to the Virgin Islands, where I'm from. My mother didn't want my father to take us, but he did anyway. I loved it!

I wish you success in your sales!

Thanks for stopping in, hon! I appreciate the well wishes.

How wonderful that you and your father spent that time together.
Your points about wrestling are so very true. there is a lot of wrestling here in Charlotte and my nephew is a big fan so I know a little bit through him about the sport. Even though there is a lot of drama and showmanship, the wrestlers are true athletes.
Your latin series is so exciting. I look forward to reading Fight for Love. I wish you all the best.

The fact that they're true athletes is one of the points I hope I was able to bring across in the book.

I hear so often that wrestling is fake, but people don't understand just what those men and women go through and the damage they do to their bodies. Like all athletes, skill and training are important to their success.

I remember going to a wrestling match when I was like eleven...so much fun! I loved Pretty Boy Rick and Hulk Hogan. I love the premise behind this tale and I wish you much success with this book!

Pretty Boy Rick Flair was quite the character, wasn't he? Definitely over the top. And Hulk Hogan--well, he was the favorite of a lot of folks. Thank you for the well wishes!

I've looked askance at wrestling, figuring it was all a show, what with chair-slamming tossing someone out of the ring, and body-slamming them from the ropes. You've made me give that a second thought. I can't wrap my head around the idea of being beaten up or beating up others for a living. However, this book sounds too interesting. Maybe I'll learn a few things! btw, I'm from Atlanta area myself. :)

Kayelle, I think a lot of people don't take wrestling seriously, but they're really amazing athletes. Their antics and the entertainment factor are misleading.

Glad I was able to get you think about the sport in a different way.