My eyes shot open in the darkness of the early morning, echoes of what had just passed still ringing through my waking mind. My heart tried to beat through my chest as I sat up. My throat was thick with a combination of dread and sorrow.

They're coming. I can't keep them away; I don't know who they are. But they're coming. They'll send the signal, and nothing will be able to stop her. She won't even be able to help herself, and the only thing I can do is get far, far away before it happens.

Frozen fear glazed her eyes as she told me what would happen when the signal was triggered. "But I don't want to die," she moaned, and fell sobbing against my chest. There was no comfort I could give her, nothing I could do to calm the terror ripping at her soul.

But I could tell her story.

Slipping silently from beneath the covers, I wandered down the hall to the living room and sat down to write. I had to get down what she told me, what I knew. I owed it to her. 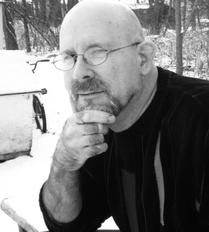 No, really, that was how it all started. It's amazing the kind of concepts come from a dream. But this one was so powerful, it jarred me awake, and wouldn't let go until I had written the story down. It poured out of me like water, and fifty-five days later, I had a rough draft. It ran through the mill with critiques and beta readers, and last June, it was picked up by MuseItUp Publishing, a new powerhouse in e-publishing out of Quebec, Canada.

With the help of a dedicated team of editors and rock-awesome cover artist Delilah K. Stephens, Becoming NADIA became the kind of story I can say I've always wanted to read. That's not to say there weren't nervous moments. There was the thunderstorm that erased an entire edited document (Thank God for thumb drives!), sorting between offers from scam artists and real publishers, and sticking through in a highly competitive industry. And then there was the waiting while the manuscript was in line. Again. And again, and again. All in all, more than forty agents and editors decided it wasn't for them.

Seriously, I almost gave up. But I also had some friends who believed in me, even when I didn't believe in myself anymore. It's not easy to rise to the top of the slush pile and get accepted by a reputable publisher. Stephen King was rejected twenty-two times before he got published. I've come to realize that a rejection isn't a death blow. It just means that piece of work hasn't found a home yet. And now that my work has found a home, It's a happy feeling.

Available Now from Muse It Up Publishing!

There's only one thing that pretty, popular TV reporter Nadia Velasquez is missing: her memory from before the explosion that killed everyone else in the room, including the President of Nigeria. But from the moment she meets FBI agent Jon Daniels, all hell breaks loose. Friends turn into deadly enemies overnight, and no one can be truly trusted.

When Jon and Nadia investigate further, they discover the living terror that is the truth behind Nadia's existence, a truth that could mean the death of millions. 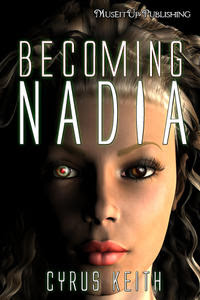 By the time they reached D'Antini's, Nadia knew she was in the company of a friend. She and Jon made small talk while they waited for the maitre d' to find them a table in the middle of the sumptuous dining room, and she almost forgot about having to explain herself to her station staff.

The appetizers were amazing, if unidentifiable. Nadia asked what was in them and Jon just smiled and held up a hand. "You really don't want to know."

Nadia almost spit out the latest mouthful, but thought twice about it as she looked around. This was too nice a place to be so rude. Her eyes widened in mirth as she tried to laugh around it and almost choked trying to get it down. She grabbed her water glass and took a drink, waving a hand at her face.

"You jerk," she laughed softly, when her mouth became free. "All right, seriously now, do you take every woman who faints in your arms to a place this fancy?"

"No," he answered, "just those who remind me of a dear friend." The smile faded from his face and he became pensive for several seconds. Then he placed a couple more appetizers on her salad plate. "Here," he said, suddenly brightening, "have some more…brown, crusty…things."

She chuckled again, pushing the plate away. "No, thanks. A moment on the lips…." She let the rest of the cliché fade away while she rearranged her napkin in her lap, trying to buy some time before she had to plow ahead. "So why am I here with you? Because you're concerned for me or because I remind you of someone else?"

"That is an entirely unfair question, Miss Velasquez. I was wondering that very thing myself. Maybe a little bit of both. Is that okay?"

"How did you know my last name?" she asked. It was not as if she were a necessarily private person, it was mainly that she hoped he would not recognize her from television. She was already AWOL. She may as well put in her resignation as soon as she got back to 'Frisco.

"I heard you lie to 'Steve,' whoever that is. When you talked about an interview with a president, I pegged you right off the bat. I've been to the West Coast on business a few times."

"That's where you saw me before. Well, that answers that, then."

"No, it doesn't." Jon looked at Nadia again, the piercing gaze locked on her face. "There's something else, and I can't explain it yet. Just less than four years ago I lost my best friend and her family…."

Nadia's hand stopped halfway to her water glass. She felt paralyzed. The blood drained from her face, leaving it ice cold. The memory reconnected like a switch in her mind. The question trickled weakly from her lips, her voice quavering. "Who's Phillip?"

Jon's voice took on a steely edge. He wasn't becoming hostile, just insistent, but insistent in a way that made her feel like she was being peeled away, layer by layer under a microscope. "You know full well who Phillip is."

The trembling in her hand increased to a violent shaking. She remembered someone telling her, "It took twenty-three surgeries just to reconstruct your face." Her breath came in gasps; her voice weakened. Phillip. Phillip was— She found herself unable to get up, incapable of walking away, too terrified to run, like a bird in the gaze of a snake. "What are you talking about?"

"Why did you skip out on your flight, Nadia? Why did you come to the Staley's at 42nd and Lexington? Why at that particular time?"

The questions gushed from Jon's mouth, one right after another, and Nadia had no chance to answer any individual one. He became more agitated as he went, until Nadia thought he would reach over the table and strangle her right there in public. "Why did you order a double-decaf-mochaccino latté with a cinnamon stick? Why did you know my nickname and then faint as soon as you recognized me? Why are we sitting here right now, while the chef in the kitchen prepares Steak Hélène rare? Before the appetizers came, why were you doodling Betty Boop figures on your napkin and playing with your left ear?" Twenty-three surgeries. "Nobody has called me 'Jake' since I was ten, except for her and my mom. And you absolutely hate Merlot, don't you?"

Nadia's hand never made it to the water glass. She couldn't think. A sound roared in her head, like ten thousand voices screaming in terror. An icy spear of fear shot through her chest. Hot tears rolled down her face, and her chest heaved as she gasped for breath.

She hoped with everything inside her that no one else was watching these two terrified people having this horrible, strange confrontation. Her vision started to close in again, but she fought it off. As it was, she nearly fell out of her chair. Her voice was strange and weak. "Do…do you know who I am?"
Posted by Lisabet Sarai at 4:02 AM

Oh, wow! How did I miss this one? Cyrus, this is a really intriguing excerpt. I'm going to order your book this week for sure.
Funny thing is, I have a book coming out in November that was based on a series of dreams I had to write down. They came on five nights and were sequential, the only time in my life I've had sequential dreams. It's called Blue Steaks and has a really quirky ending not everybody will appreciate.
Becoming NADIA is going on my TBR pile now! Cheers,
Pat Dale

This sounds like an awesome book, I'm surprised it took so many tries to get it published. I wish you the best of luck with all your ventures and will be purchasing a copy for myself.

I just finished this book. One word...FABULOUS! Well thought out plot with likable characters. I laughed and cried and sighed.

Wonderful post and spotlight on a very talented and warm individual. I know this book and recommend to anyone who wants a great read. Love, love the cover.

Becoming Nadia is an awesome read. From the start, it grabs the reader and refuses to let them rest until they turn the final page. Then they must contend with having to wait for another gem from Cyrus! Recommended reading? You bet! Dream inspired, that's brilliant. Great interview too! Congratulations Cyrus, so glad you didn't give up hope. Thanks to Museitup for bringing this captivating and evocative thriller to our shelves.

Another on my TBR. I've got 19 books in my MIU author folder now. Several haven't been touched yet. Working on it!

I don't know why it took a full day for me to get the play on words for the blog title! Thanks, Lisabet!