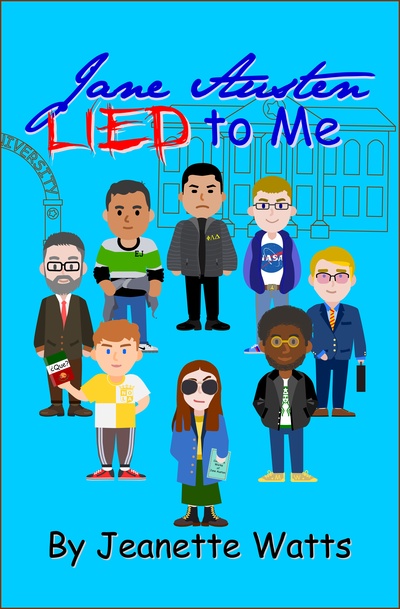 What makes a story a romance?

This doesn’t seem like that difficult a question. But in terms of managing the expectations of readers, enveloping all kinds of stories that involve two people falling in love under a one-word title is completely inadequate to the job.

For many, the word romance means sex scenes. Not hard core pornography with lots of extreme details, but a lot of sex with a sizeable amount of detail. I have talked to readers who get extremely angry when they’ve bought romance books that didn’t have any sex scenes in them.

At the same time, if I ask people if Jane Austen wrote romances, everyone I talk to says yes. Um…. Generally, Jane Austen characters don’t so much as kiss… Okay, I’m curious, so I looked it up. The word “kiss” is in Emma twice – once Harriet kisses Emma’s hand in gratitude, and Mrs Weston gives Emma a motherly kiss. In Pride and Prejudice, Elizabeth kisses her little cousins, Mr Wickham kisses her hand after he has married Lydia, Jane kissed her father after she gets engaged. So a whole three kisses. None of them between the characters we are hoping will fall in love and get married by the end. At least in Sense and Sensibility, Willoughby kisses the lock of hair he collects from Marianne. There’s also a kiss from a mother to a daughter, a grateful kiss from one sister to another, and Colonel Brandon respectfully kisses Elinor’s hand. Not Marianne’s hand – but Elinor’s. It’s not romantic, but appreciative.

So, if a romance novel requires sex scenes, but Jane Austen’s novels are romances and they don’t even kiss… what am I supposed to call my books?

There’s love, there’s devotion, there’s even lust. There’s admiration, there’s friendship, there’s longing – perhaps even a mild obsession or two… There’s a happy ending. (At least, in most of my books.) I don’t have much in the way of sex scenes, because of the source material I’ve started with. My first novel, Wealth and Privilege, was inspired by Gone With the Wind. The sex is “off camera” there. And three of my novels are various retellings of Jane Austen novels. Sex is not in the original source material, so it’s not explicit in my books. They are full of feeling, of uncertainty, of passion, but not sex.

So, are they romantic, but not romances? Is that a thing?

The publishing world has not been very helpful. Sometimes there are subcategories, like “Sweet Romance,” or “Romantic Comedy.” Sometimes “Historical Fiction” has a subcategory for “Historical Romance.” But not always. My book is the same book, but it can get filed in very different places, depending on the web page, or distributor, or blog.

What’s my new book about? Falling in love, of course. And how complicated that can be. Isn’t that what all romances are, in the end, about?

Let me know what you think. I'll give away two ebook copies of JALM to randomly selected people who leave a comment!

What am I doing wrong?

I got a job! I’m at the circulation desk of the law library. So a whole lot of sleep-deprived caffeine junkies come hand me books that they want to take home and fall asleep over in their dorms, instead of at a library table. I put in applications all over campus, and tried to focus on jobs in the sciences that might be good experience for a future pharmacist. Not much luck on that score. I’m happy enough. This will do. It’s a great job. I get to do my homework while getting paid at the same time. I’ll just get interrupted sometimes to check out books, and spend some time reshelving them, which makes for a nice posture break from time to time. It doesn’t get much better than this.

That’s how I found out that Darcy Fitzwilliam is in law school. I should have figured. He’s already perfected his poker face for the courtroom.

He came up to my desk and asked me a question, and I told him he really needed to speak to the reference librarian. “I’m only here to stamp the books after you pick them out. I don’t field questions. I think you have to be a lawyer before you’re qualified to be a reference librarian in a law library.”

He went over to the reference desk, and I went back to the stack of books I was processing. I was a little startled when I got up from the desk to put my stack of books on a cart, and he was standing there again.

“Have you been working here long?” he asked me.

“Ah, that’s why I haven’t seen you here before.” We stood there for a moment, looking at each other. I had my arms loaded down with books, he stood in between me and the cart where I could put them down. “Well, I’m sure I’ll see you again.” He walked away.

His eyes are brown.

You can get your copy of Jane Austen Lied to Me here: https://www.amazon.com/Jane-Austen-Lied-Jeanette-Watts-ebook/dp/B075XHNR3W

Hashtags I use a lot include #JaneAusten, #JAFF, #RomanticComedy, #RomanceReader. Keywords confuse me, since a reader can type in “Mr Darcy” or “Jane Austen” or “Pride and Prejudice” for their searches, but Amazon doesn’t allow me to use the same things when I enter my keywords.

I have a new Twitter handle, @JAMLW_Writer, but I’m not sure how that’s working. I think mostly people are finding me at @JeanetteAWatts, which I mostly use to read political posts. Yeah, it’s sad I get my news from my Twitter feed... 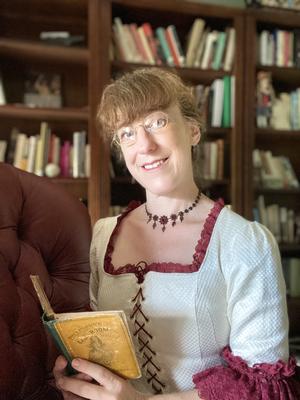 Now she's trying to write the next historical fiction as fast as she can, realizing her brain hates her and won't let her finish one idea before the next idea comes along.

Keep up with the various parts of Jeanette's brain at www.JeanetteWatts.com.

So excited to be on your page! Thank you for having me! -Jeanette

Hi, Jeanette! I'm delighted to have you as my guest. Sorry I wasn't here to great you yesterday - I didn't get home from work until 9:30 PM, and I was fried.

I'm about to go announce your giveaway to my readers!

By the way, I agree that genre labels are impossible. These days I mostly ignore them.

Glad to be here. Misnomers happen all the time, even with book genres. Sorry Jane lied to you.

What I call romance with no sex scenes in it is books my mom would have drop-kicked across the room for leading her on and not satisfying her. LOL. I think sweet romance is what you would generally be called. Or closed door romance.

OOps! That last comment was me. I forgot to click on the drop-down and realized my mistake as soon as I hit "publish." Duh!

I love the cover. Thanks for the intro debby236 at gmail dot com

Congratulations to Fiona and Debby, winners of the drawing for a free copy of my ebook!