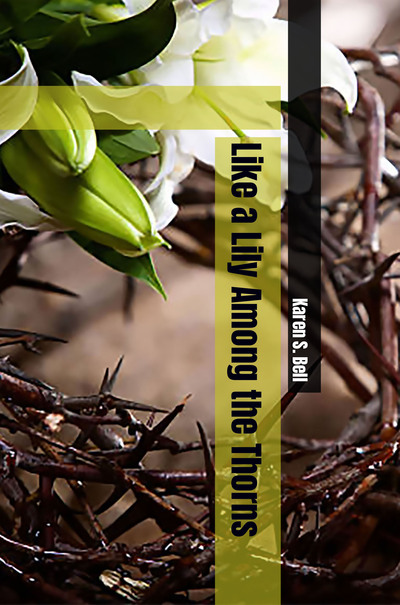 There are those who are born into loving families and then there are the less fortunate who must forge their own families through strong friendships. At a local small library in New York City, one such family was born. And just like so many capricious happenstances in life, this family unit embraced newcomers and grew exponentially. But this clan was also charged with far more than spreading love and joy and a sense of belonging. This clan was formed by divine Providence to help save the planet.

Gabrielle Bernstein, the main character of Like a Lily Among the Thorns, is a woman in her twenties and has started her career as a librarian at a NYC public library. Abandoned by her father as a young girl and now orphaned by her deranged mother, Gabby longs for a family connection. Coincidentally, she finds this connection at the same time she inherits a B&B in Vermont from her estranged and now deceased father. This enchanted inn is under the watchful eye of goddesses of myth and legend who have been tasked to save mankind from destroying itself and this planet. These goddesses will use their powers to try and stall the onslaught of the effects of droughts, floods, and rising temperatures. But as a safety net they have collected human saviors all over the planet to erect safe havens at high altitudes away from flood waters and blistering temperatures.

This one group of saviors are ordinary people who have some extraordinary abilities and enjoy a higher consciousness. They are brought together to join forces in Vermont to create one such refuge. Along the way there is romance, misunderstandings, conflict, and internal growth. Locations are Manhattan, London, Brooklyn, and Rutland, Vermont. Woven through this tale is Gabrielle’s inherent understanding that she must be grateful, mindful, and present in this journey called “life.”

The impending devastation that will be brought about by the effects of global climate change is the underpinning of this Cli-Fi/speculative fiction novel. Like a Lily Among the Thorns  focuses on how this potential disaster will have dire consequences for us all and is currently becoming more top of mind as people are waking up to strange weather events such as the scorching temperatures that have gripped the Northwestern states and torrential rains in the Northeast.

Sometimes a major change in one’s life comes on the heels of ordinary events. A dinner invitation and cab ride can be more than transportation from here to there for food. The Countess would become a very important addition in Gabby’s life but as of right now, none of them knew that, particularly, the Countess. Frozen in place while staring at the luxury townhouse, Gabby was caught up short. Reality had suddenly become fluid, become a changeling, a stranger in the night. The hours she had spent imagining the Countess’s life as a Hollywood starlet or Gatsby character now converged with the truth of her circumstances. It was hard to digest this shift in perspective when everyone at the library remained unenlightened and still believed the Countess was a brave woman struggling to make ends meet just to get by. The bombardment of the truth was too much to absorb right now, especially when her own life was in such flux. She also did not want to think of how this information revealed the Countess’s damning deception, her disingenuousness to everyone. It was a mind-numbing disappointment, a gut punch that made her feel off balance.

Everything was suddenly out of step and off-kilter. Too much random noise was being thrown at her by the cosmos, a shock to the senses. In just one day, today, to be exact, she had been notified that her apartment building was being demolished, her friends at the coffee shop, albeit not close, would be summarily swallowed up by the cavernous city as they dispersed, and now this…this unexpected truth of the Countess’s financial situation. 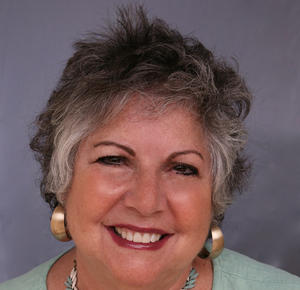 All my work is inspired by social issues to which we all can relate. Work/ life stresses, the loss of a spouse and how marriage can sometimes swallow a woman’s identity, and the prevalence of greed in modern society.

Walking with Elephants is my first novel, although I am not new to writing. I was a theater critic and celebrity interviewer for a weekly tabloid in Jacksonville, Fl and I earned a Master’s in Mass Communication from Oklahoma State University. For 15 years I worked in Corporate America as a technical editor/editor/writer. I experienced first hand the politics and intrigue that goes with that territory and the balancing act that comes with being a working mother. I salute all those mothers who are the glue that holds their families together while pursuing the nine to five brass ring and were the inspiration for this work. Audible book is available and narrated by me.

With my second novel, Sunspots, I continue to be in awe of the magical and wondrous phenomenon called life. As an observer and obvious participant in feminine values and approach to our human challenges, I bring this perspective to my work. Fascinated by the mysteries of the unseen forces that perhaps play a role in guiding our choices, I search for answers in the mundane as well as in the cosmic forces that surround us.

Alexa’s pact with the Devil in When a Stranger Comes…is an allegory for the evil lurking in our midst. The social decay of modern society with its excessive greed, the ignorance of our political leaders, and our indifference toward the survival of all species from the effects of climate change, among other environmental pressures, are perhaps brought forth by the darkest forces of human nature. The audible book narrated by me is in production.

The genre of magical realism appeals to me and all my work has elements woven in. My current project is focused on a Bed and Breakfast that becomes a safe haven from the effects of climate change while celebrating the Feminine Divine and is set squarely in that realm.

I am working on my next novel in Ponte Vedra, Fl. where I live with my husband and our two furry kids. Our human kids have flown the nest and are scattered far and wide, alas.

Karen S. Bell will be awarding a copy of the book to a randomly drawn winner via rafflecopter during the tour.

I must say that Vermont is a highly appropriate place to gather a group of the planet's saviors...

Hope your tour is going well!

Thank you so much for helping me promote my book