Where the opposite is to be expected ... #ScienceFiction #ReviewTuesday #Giveaway 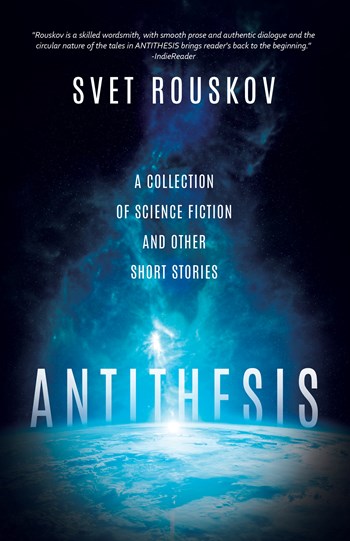 Antithesis is a collection of vivid and exhilarating science fiction stories, tied together by characters whose moral challenges offer windows into humanity and the human condition. These stories are cautionary tales, flights of fancy, terrifying psychological journeys, humorous romps, and even a space opera.

A speculative tale about humankind becoming obsolete from the perspective of the machines we created. The story of an airline pilot who loses his faith in the physics of flying as his rational and irrational mind fight for dominance. An ancient being born of human evolution that strips us of our memories, feeding on one precious reminiscence at a time. An audacious fable that explores a new galaxy, one where humans are irrelevant, but the conflicts of a class-based society are not. A novella-length saga about a mission to Mars, the origins of humanity, and an atrocity that stretches across time and space. And finally, a story that asks the question whether an unstoppable artificial intelligence would indeed be happier traveling the vast reaches of space, or back amongst the flawed beings who created it.

Escape into worlds unlike anything you have seen before, but some eerily similar to our own. Antithesis – where the opposite is to be expected.

Antonella walked down the corridor. Some of her crew scurried away as usual when she passed, but she also noticed a few looks that lingered. She turned a corner and saw that no one was there. Off to one side was a maintenance hatch, one that led to the outer hull of the Maiden. With a glance over her shoulder, Antonella opened the hatch and squeezed herself in.

It wasn’t easy going in the maintenance corridor. Antonella had to hunch over, constantly wary not to hit her head against scorching-hot pipes. Finally, she arrived at her destination, a viewing bubble that stuck out from the outer hull, allowing repair crews to see any deformation in the ship’s skin.

But what Antonella saw nearly stopped her fluidic pumping organ. There were hundreds of invaders clinging to her ship, like Alerian moths on a stag’s back. They were dressed in vac suits with magnetic shoes. More floated silently toward the Maiden, keeping away from viewing ports and making sure to stay in the blind spot of the bridge. Thud! She again heard the metallic noise that had triggered her initial reaction in the engine room. It was an invader landing on her hull and taking their position.

There was only a moment of doubt in Antonella as she tried to understand what was happening, but it all then became crystal clear. This was the crew of the freighter. They were going to board the Maiden.

Antonella could feel her jaw clench, her back arch. She turned to head back to the corridor, vowing to kill each one of them. But suddenly, she stopped with a thought: someone must be helping them from inside. She shook her head angrily; it must be the engineer who had betrayed her, and she was now certain who was pulling his strings.

I’ve been reading science fiction almost as long as I’ve been reading. Eleanor Cameron’s Mushroom Planet stories were among the first books I checked out of public library, when I got my first library card in third grade. A year or two later I graduated to Heinlein and Bradbury, and by junior high school I’d discovered Asimov and Jules Verne. My love affair with scifi has continued throughout my life, so I am always delighted to be introduced to a new science fiction author. Hence I jumped at the chance to review Antithesis: A Collection of Science Fiction and Other Short Stories by Svet Rouskov.

Two things that I particularly look for in the genre are a surprising, creative premise and a sensitivity to social, moral and metaphysical issues. Scifi offers a literary laboratory for doing “what-if” experiments involving both human nature and the nature of reality. What if a sophisticated computerized control system became self-aware? What if the physics of flight could be affected by the beliefs of the pilot? What if the earth had long ago been conquered by a rapacious race of aliens – and we were their descendants?

The “stories” in Antithesis – I will explain the quotation marks shortly – satisfy both these requirements in varying degrees. The longest tale, “The Blue Planet”, tackles a range of difficult themes including militarism, intrinsic aggression, and environmental destruction. “MCDU” provides a neatly plotted consideration of the relationship between mind and matter. “The Harvest”, closer to paranormal than scifi, contemplates the essential role of memory in defining who we are, and in keeping us sane. “Obsolescence” is perhaps the least original entry in the collection, considering as it does the hot topic of artificial intelligence gone rogue, but its focus on the humans involved, with their varied personalities and reactions, saves it from cliché. The epilogue “Andy, of the Core” reprises some of these characters and suggests that it might not be as straightforward as some might think to replace humanity.

All in all, this book offers both variety and substance. I enjoyed reading it. My main complaint has to do with its structure. Despite the volume’s subtitle, some of these pieces are not stories at all. In particular, “The Blue Planet” is really a novella, narrated over three long chapters – and not finished! The conclusion is supposedly in a second volume. This sort of cliffhanger is quite annoying. Likewise, there are two chapters for “The Harvest”, but Mr. Roustov expects the reader to buy another book in order to find out how it ends!

The short story is a literary form that encapsulates conflict, characterization, rising action and resolution in a single relatively brief package. The author clearly knows how to do this; “MCDU” is a textbook example. I wish he’d followed these rules for all the pieces in this collection. It would have left me feeling less frustrated. 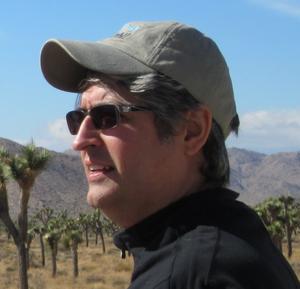 Svet Rouskov started his career as a graduate from the University of Toronto Mechanical Engineering program and became a successful automotive industry executive. After fifteen years he discovered that his real passion was writing. Once he took an introductory screenwriting class, Svet realized he was hooked and continued his filmmaking education at Norman Jewison's Canadian Film Centre. Since that time, Svet has written, developed, and produced feature films, television shows, video games, and web-based series. His passion for writing has now extended to literature, which offers him another exciting avenue to tell stories. This is Svet's first work of fiction.

Please check out his IMDb page for details of his work and representative contact information.

Welcome to Beyond Romance, Svet. Thanks for sharing your visions!

I love the cover. It sets the tone for the book.