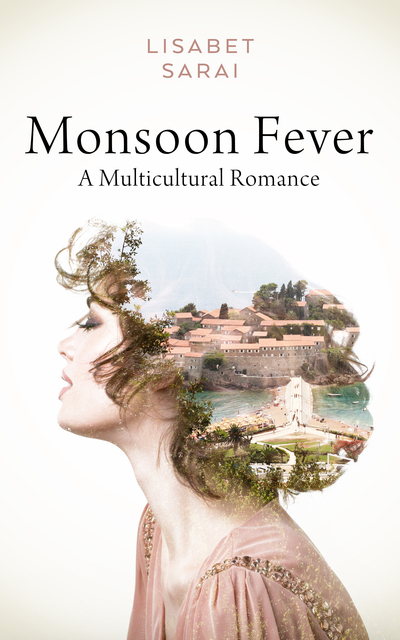 I am gradually reopening my blog, as I recover from surgery for a broken arm... my right arm, which has made it pretty impossible to do much on the computer. I am still typing mostly left-handed, which is painfully slow. I’m hoping to start using both hands within the next week.

Anyway, I had a new release hit the virtual shelves while I was in the hospital. Thanks to my author friends, I’ve been able to do a bit of promotion of Monsoon Fever, but this is the first chance I’ve had to feature it on my blog.

Here’s an exclusive excerpt, for today’s Book Hooks blog hop. And, to celebrate my ongoing healing, I will give away a free copy of the book to one person who comments!

Why not enjoy the flesh that the gods have given you?

When a charismatic Indian lawyer arrives at their remote Assamese tea plantation, he tempts a married couple with forbidden carnal delights.

In the early years of their marriage, Priscilla and Jonathan eagerly indulged their physical desires, but now that passion has dwindled. Childlessness and the horrors of the Great War have taken a toll on their relationship. Though Priscilla still aches for Jon’s touch, he seems preoccupied with settling his father’s affairs in India, so they can sell the plantation they’ve inherited and return to England.

Anil Kumar served as solicitor to Jon’s father. Arriving unannounced, drenched by a monsoon deluge, he enchants both Priscilla and Jon with his beauty, poise and wisdom. In separate incidents, each of them succumbs to Anil's lustful attentions. Will the illicit cravings excited by the handsome Indian be the final stroke that destroys their marriage? Or the route to saving it?

Note: This book was previously published by Totally Bound. It has been revised and re-edited for this release. 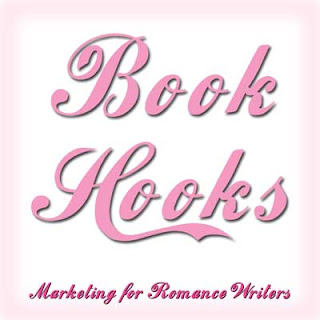 Had it really been only a month ago that they had arrived in India? It seemed like a lifetime. She could barely remember the streets of London, the bustle and the noise, the clatter of hooves on the pavement, the horns and the backfiring engines of the autos vying with the carriages for space. It was so quiet here on the plantation. All she could hear was the hiss of the rain sluicing down.

The first week she had been busy, working with Lalida and a few of the village girls to clean up her father-in-law’s bungalow and sort through the untidiness of two decades of bachelor living. She’d met Jonathan’s father only once, at the wedding six years ago. Her confused recollection was of a jovial, but somewhat distracted man with eyes younger than one would expect from his seventy four years. He had travelled five weeks to see his only son married, yet he’d stayed in London only four days. India was his home, he’d told her. He couldn’t bear to be away for long.

Once she had put the house in order, Priscilla had little to occupy her. Jonathan’s days were full, managing the plantation and trying to figure out his father’s tangled affairs. He had little time for her. Not that this was so different from her life in London, but there she had friends and diversions. Here she had no one to talk to but Lalida whose English was hardly adequate for a conversation of any depth.

The door hinges squeaked. Priscilla turned, expecting the servant, but instead she saw the trim, erect figure of her husband.

“Well enough. I hope that my tossing and turning didn’t disturb you.”

“Not at all.” Priscilla couldn’t tell him the truth. Often she lay awake for hours, staring at the pale mosquito netting looped above their bed, listening to his muttering, wanting but not daring to wake him. Dying for him to touch her. “Sit down and have some breakfast. Lalida’s coming with a fresh pot.”

“I’m really not hungry. I’ll take a flask of tea with me. I want to get out to the north slope as soon as I can and see how the plucking is coming along. Suresh told me that normally the second flush harvest should be completed before the rains begin. The longer we take, the poorer the quality will be.”

“Please, sit down for just a minute. Have a biscuit. These days I hardly see you!”

Jonathan rested his hand on her shoulder. He brushed his lips across her ginger curls. The brief touch made Priscilla shiver with delight. “I’m sorry, Pru. I know that this must be hard on you. As soon as the harvest is finished, we’ll start looking for a buyer. We’ll be back in England before Christmas, I promise.”

He straightened up, a resolute look hardening his youthful features. “Right now, though, I’m facing something of an emergency. I hope that you can understand. Lalida, put that in a Thermos for me. I’ll be back for lunch, around one.” He reached for the oilcloth raincoat hanging by the door post.

Priscilla rose and put her arms around his waist. His body had changed in his few weeks of physical exertion. She could feel the hard muscles shifting under his shirt. Her own body sparked awake, suddenly aware of the texture of his skin, the scent of his soap. “I’ll miss you, Jon.” She tried to kiss him, but he twisted away, only his moustache brushing her lips.

“There’s nobody around. No one would be out in this deluge. Do kiss me, please.” She rubbed her body against his, deliberately trying to rouse him. “Anyway, you didn’t mind before, when we first got married. Do you remember that time, when you met my train at King’s Cross? You were so desperate for me, you slipped your hand under my blouse, right there on the platform!”

“That was a long time ago,” Jon’s face was grim. Tears gathered into an aching lump in Priscilla’s throat. “We were young and irresponsible.”

“I liked being irresponsible,” she declared, putting on the bratty air that used to amuse him. But she couldn’t bring a smile to his face. Firmly, he put her aside and pulled the oilcloth over his head.

“We’ll talk about this later, Priscilla. I’ve got to get to the fields.” She knew, though, that this conversation, like all the others about their private life together, would not be continued.

Be sure to visit the other authors participating in today’s hop. And don’t forget to leave a comment to enter my drawing!

Nice intro and enjoying the armchair travelling in it! reneela2000(at)gmail(dot)com

First and foremost, I'm so happy to hear you're back on your feet again! Congratulations, and keep healthy!

The story sounds like an intriguing story. Poor Memsahib Priscilla! I couldn't help thinking of your Rajathani Moon which I read like, a lifetime ago?

So sorry to hear about your broken arm, Lisabet. I know how much fun it is to try to type with the non-dominant hand. I had to do that when I had tendonitis in my right hand. Not easy. Glad you are healing.

Great hook. My sympathies lie with poor Pru. Hope the book does well.

Glad your arm is healing. This sounds like an interesting book

I am in love with that cover!

Poor Priscilla sounds lonely! This sounds like a great story!

LOOOVE the cover. Hopefully you are healing well. Don't rush it.
How sad the "romance" seems to be over for her. Bet this is going to be a great read.
Tweeted.

Sending huge healing hugs and good vibes to your right arm and also to your left arm which is now doing all the catch up work! Hang in there! You got this Girl! Wea re all behind you (pushing ever so gently lol). Wonderful intro to a great new book! Now go rest and get back to writing soon! Best always, Sylvia

Congratulations to Mandy, who won my giveaway! (She had trouble posting so contacted me by email.)

Cone back next Tuesday for the MFRW Steam hop ... I will have another, hotter excerpt and give away another copy of the book!

I'm so glad you are on the mend. Enjoyed your excerpt and blurb. Sounds like they have a lot or work out. Thanks for sharing. Sorry I'm so late responding. This summer has been a whirlwind.