Review Tuesday: For the Love of His Life by Fiona McGier -- #ReviewTuesday #MFEroticRomance #Minnesota 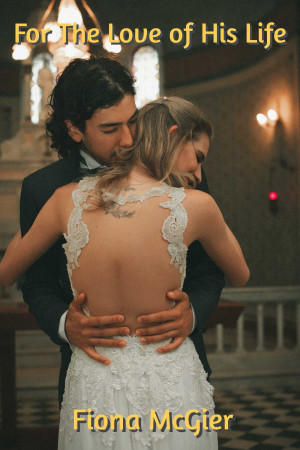 For the Love of His Life by Fiona McGier

Hollywood darling Raul Roderick lives life in the fast lane. When he’s not working on a film, he’s out partying, drinking, doing drugs and engaging in entertaining but meaningless sex with adoring women who’ll do anything to bed him. He’s not really happy – for one thing, he tends to get type-cast based on his stellar good looks, not his acting ability – but he doesn’t know how to get off the treadmill of Los Angeles stardom. Underneath his charming and irreverent exterior, he’s lonely and insecure, marked by his difficult childhood as the illegitimate son of a Vegas show girl.

Veronica “Ronnie” Sorrenson loves her simple, active, independent life in northern Minnesota, near the gateway to the Boundary Waters Wilderness area. She helps her grandmother run their lake-side family resort, works as an accountant to support herself, and spends her free time running in the woods or canoeing in the pristine waters. In the past, she’s had some relationships with men, none of which panned out. Now she’s content to live by herself, bake the pies for which the Sorrenson’s Family Resort is famous, and enjoy the wonders of nature around her.

It’s hard to imagine two more different souls, but their paths intersect when Ronnie’s cousin Jared, a renowned director, asks Ronnie’s grandmother Marie to house Raul at the resort for a while so that he can sober up and get ready for the role of his dreams – playing Ronnie’s heroic great grandfather Hank Maynard, who founded the settlement of Grand Marais. Jared is convinced that Raul has the talent and emotional depth required for the wilderness-themed biopic, but the star needs to clean up his personal act as well as get in condition for the physically-demanding part.

Raul, of course, notices the tall, shapely Valkyrie running the trails and swimming in the frigid lake, but his usual moves don’t work on her. Ronnie is not the sort to put up with any superficial nonsense. Still, they’re drawn to one another. He agrees to use her as his trainer. Together they run, swim, climb, canoe and fish, building the muscles and the skills Raul will need for the movie. And of course, gradually their mutual attraction turns to respect, then something deeper. When they make love for the first time, their mutual passion is a revelation for them both.

Trust does not come easily, though. Raul and Ronnie must weather several crises before they find their happily ever after. The gaps between their experiences and their expectations are not easily bridged.

I deeply enjoyed this book. For one thing, I can’t think of any romance author who does a better job writing wholesome lust than Fiona McGier. She expertly captures the joy as well as the pleasure of intimacy with someone who’s “right” for you. Her love scenes are simultaneously hot and sweet, explicit yet innocent. There’s rarely any angst. When two people belong together, in Ms. McGier’s world, their bodies and souls connect in a special way that erases doubt – at least while they’re physically together.

Another plus for me was the distinctive setting. Although I’ve never visited the Boundary Waters area, I could vividly imagine the environment, especially the resort. I could picture myself sitting on the porch, gazing out at the lake, the way Raul does – eating, no doubt, a piece of some creatively gooey pie!

Ms. McGier’s secondary characters also add depth and interest to her stories. In particular, I loved Gram-Marie, with her passion for her family, her feisty disdain for “modern” films and her suspicions about Raul.

In short, I can recommend this book highly to romance fans. And I’m looking forward to tackling the next story in her Minnesota romance series.

To paraphrase the words of Sally Fields when she won an Oscar--You Liked it, you really liked it! Thanks, Lisabet, for your incisive recap, and for your kind words. This is the book that one reviewer called "the best book of the year," when it first was published. I love being in Grand Marais, so I'm glad my love for the setting, making it almost a supporting character, came through for you. And such praise, coming from an author I enjoy reading so much, means a lot.