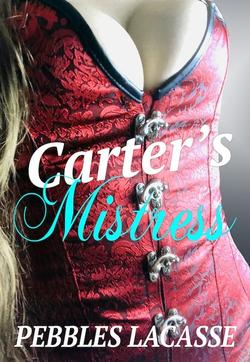 What do you do about forbidden desires? If your significant other has no interest in or stomach for exploring your kinky fantasies, are you justified in looking elsewhere? If you do, might you find the satisfaction you so desperately crave? Or is that just another hopeless dream?

Carter and Leah have both been married forever, and for the most part, they’re happy with their spouses. But Carter has always wanted to submit to a stern and demanding Mistress who’ll push him to the limit, and his wife flat out refuses to play that role. Meanwhile, Leah craves the rush of seeing a man kneel at her feet and promising to obey her commands, but her husband doesn’t have a submissive bone in his body.

If you’re a fan of D/s erotica, you won’t be disappointed by this tale. Ms. Lacasse excels at conveying the heat of power exchange relationships, and this book is no exception. Carter’s willing surrender to Leah is hot as hell. Beyond this, though, the author has done a wonderful job making the two of them human. They’re both nervous as well as excited. They’re both wondering whether this encounter will turn out to be a mistake. And they’re both realistically concerned about how their intense connection will affect their marriages.

As you may gather, Carter’s and Leah’s connection is successful enough to have them worrying about the future. This too is realistic. This first meeting might be the start of a satisfying side relationship for the two of them. Alternatively, it might signal the break-up of marriages that neglected important aspects of Carter’s and Leah’s natures.