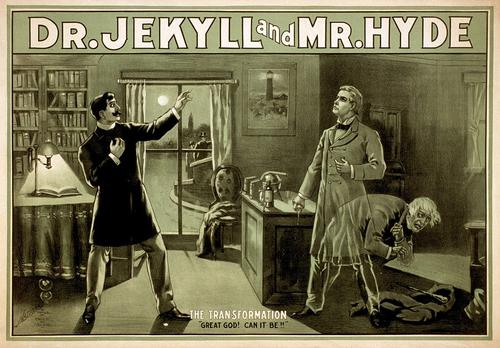 When I started in this business, more than twenty years ago, I wrote mostly literary erotica. Despite the sometimes extreme sexual situations in my tales, I tried for a sense of realism. My early novels spent a lot of time setting the scene and conveying atmosphere. They offered fairly complicated plots with a myriad of characters. In penning my short stories, I focused on original premises, character development and conflict. Given all the poetry I’d written before I started publishing prose, I guess it’s not surprising that I was very aware of linguistic choices, rhythm and prosody, connotations and allusions.

These days, I still write literary erotica – some of the time. I like to think that my Asian Adventures series, my speculative fiction (The Last Amanuensis, The Antidote) and my paranormal work (Underground, Fourth World) all offer some measure of “redeeming social value”.

Sometimes, though, I have the urge to write pure smut – stories where people get involved in all sorts of outrageous carnal activities, with only the most minimal motivation or conflict. My stroke stories make no pretense of realism. The male characters are capable of astounding numbers of erections. The multi-orgasmic females never get tired or sore. Nobody uses condoms. Nobody gets pregnant.

So I’ll spend a few weeks or months indulging myself, penning some absolutely filthy story that nobody could call “literary” (though I do try for readability and correct grammar). Then I start to feel embarrassed, even guilty. I’m pulled back to write something more traditional, something I wouldn’t be ashamed to show my real world friends (though most of them don’t know Lisabet Sarai exists).

Before long, though, I have get the itch again, the rampant, ungoverned Mr. Hyde of my imagination taking over, forcing the more refined and craft-conscious Dr. Jekyll into the shadows.

For instance, around Christmas in 2019, I decided I wanted to publish a holiday story for my fans, most of whom are romance readers. Cherry Pie and Mistletoe was the result, a sweet, hot, painfully realistic tale about the attraction between two sexagenarians.

No sooner had that book hit the virtual shelves, though, then Mr. Hyde reared his head. I got an idea for a stroke story entitled Santa, Baby!, about a nerdy young guy who’s hired by a dominant older woman to play Santa at a very naughty holiday party.

Sometimes, Dr. Jekyll starts a book, but then Mr. Hyde takes over – or vice versa. When I began my Toymakers Guild series, Mr. Hyde was in the driver’s seat. The Pornographer’s Apprentice, Book 1, though steam punk, is mostly unrepentant smut. The heroine has sex with everyone.

However, as that book came to its close, Dr. Jekyll reasserted himself. All at once I found that Gillian was turning down sex – for reasons of plot and character development! Now I’m seven chapters into writng the second book, The Journeyman’s Trial, and I’m drowning in plot. Gillian’s learning that delayed gratification may be worthwhile. She’s also grappling with all sorts of new responsibilities due to her promotion in the Guild.

I’ve been struggling with the book, I’ll admit. In some ways it’s a lot easier to let Mr. Hyde make the decisions.

Meanwhile, this dual identity is a major marketing pain. I mean, what’s my brand? Exquisitely crafted, poetic prose that tugs at your emotions? Or wildly over-the-top fucking and sucking?

I’ve heard that readers like consistency. They want to know what to expect when they pick up a book from one of their favorite authors.

With me, you never know. Will it be Jekyll, or Hyde? I guess what I really need is to find the readers who enjoy both my alter-egos.

I enjoy all of your writing. I do think you're being too hard on yourself about the Pornographer's Apprentice, which had an actual plot--along with the constant orgasms. And Gillian did grow as a person. I'm looking forward to the second book.