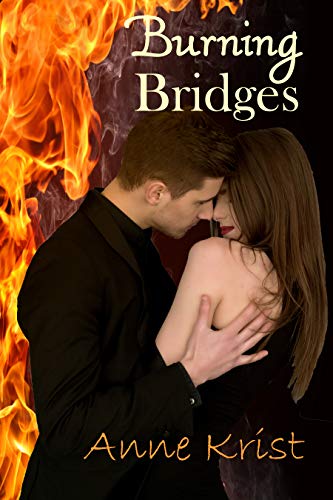 At the tender age of seventeen, Sara meets the love of her life. Paul is a few years older, a Navy man about to be sent to Vietnam. Though he knows hanging out with the lovely teen is dangerous, the emotional connection between them is so powerful that he just can’t resist. On the eve of his departure they surrender to their mutual passion, then part, both promising to write faithfully.

After a few letters, though, Sara hears nothing from the man upon whom she bestowed her innocence. Has he forgotten her so soon? Then she discovers she’s pregnant from their one glorious night together and her life disintegrates. Instead of going away to college, she moves to another town to stay with her aunt, pretends to have been married to a soldier who died in Southeast Asia, and soon gives birth to a daughter. Her parents want her to give up the girl for adoption, but the usually obedient Sara rebels. Paula, as she names the baby, is her only remaining link to the man she still loves despite his silence and apparent indifference.

Paul is truly smitten by Sara, despite her youth. Determined to marry her when he returns from the war, he eagerly awaits her promised missives, but after one or two notes, he hears no further word from her. Eventually he comes to believe she deceived him about her feelings – that he was just a fling for a frivolous teenager. He barely escapes death in Vietnam. When he returns to the U.S. he looks up the woman who still owns his heart, only to discover she’s been faithless, marrying another serviceman and bearing his child as soon as Paul’s out of the picture.

This is the prelude to Anne Krist’s emotionally intense second chance romance Burning Bridges. The actual novel takes place years later. Sara is in her fifties, her daughter Paula in her thirties, when a freak incident uncovers the truth: Sara’s parents had intercepted her letters to Paul and vice versa, allowing the young lovers to believe they’d been duped and dumped. Sara’s father even lied about Paul’s death.

Ms. Krist does an amazing job portraying Sara’s complicated and ambiguous feelings in response to this revelation. Her entire life has been derailed, her heart’s desire snatched from her grasp, all because of her parents’ deception. I was so angry on her behalf I would not have shied away from fictional murder! As she struggles to come to terms with this horrific betrayal, she decides to visit Paul’s parents on their Iowa farm and let them know they have a daughter. To her shock, she finds that Paul is still alive, living and working with his brother on the family homestead, deeply embittered and fiercely lonely.

He’s nearly as astonished as Sara when she shows up. But it will take a great deal of time and effort to heal the wounds they’ve unintentionally inflicted on one another. Burning Bridges chronicles their mistrust, their misunderstandings and their anger as they struggle to accept and move on. The incandescent connection from decades earlier is still there, still real – but perhaps that just isn’t enough.

I deeply enjoyed this novel for its complexity, subtlety and intensity. However it strained my credibility to some extent. Would a brief, youthful affair really brand these two people so deeply? Would their love really survive forty years of their separate lives? I guess if you’re reading romance, you have to believe that a soul mate connection is unbreakable and forever. Otherwise the genre just doesn’t work.

I was also rather irritated by Paul’s self-centeredness and jealousy. He’s incredibly quick to think the worst of Sara in every situation, repeatedly branding her a slut and a liar, even when she has proven she’s sincere. Obviously he was hurt before and still bears the scars, but common decency should suggest he give her the benefit of the doubt.

I realize that my reactions to Paul, like my fury with Sara’s mother, indicates that Ms. Krist managed to make these characters very real to me. That in itself is a measure of this book’s quality.