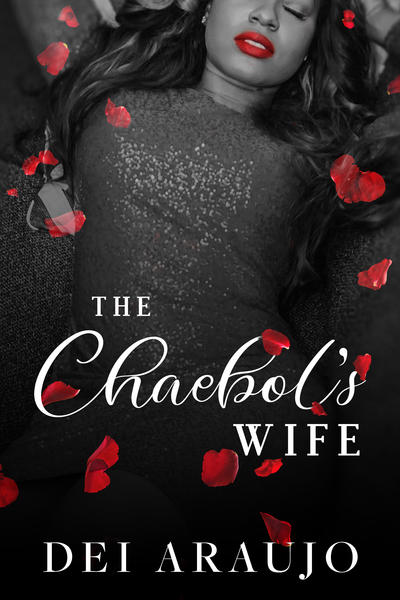 With the life of her unborn child in danger, Camille Jacobs had no choice but to flee Seoul, South Korea, and the man who made her heart soar.

Four years later, after the launch of her start-up skincare line, Camille is a successful, single mother who has taken the skincare industry by storm. In need of a new sourcing company to meet her clientele's demand, Camille strikes a deal with the devil—her estranged husband, Seung-ju Park, who still leaves her weak in the knees. But is passion enough to make Camille rethink marriage and a life with Seung-ju, or will old problems succeed in destroying her?

Seung-ju was amazed by the passion that roared to life at the sight of his wife. Camille stokes a desire in him that demands to be satiated. As the CEO of IPCorp Industries, a deal to source her skincare line would open the door for him to finally slake his obsession of her and put her out of his mind for good. Yet Seung-ju realizes that just one taste of Camille isn’t enough; he would need an eternity to love her and drink his fill. But a secret threatens to destroy his feelings for her, hurtling them to the point of no return.

Camille rolled her eyes, ignoring his comment and the ribbon of desire that curled in her stomach.

The look was adorable, and Seung-ju wanted nothing more than to bend down and kiss her mouth into a smile. She looked stunning this evening. The alpha in him wanted to throw a floor-length coat over her and cover her up from everyone’s view. Upon closer inspection, he discovered that what he once thought was a simple updo, contained gold-cultured pearls woven into the tightly coiled coif. The updo displayed the graceful slope of her neck. His fingers itched to trail its contour.

“Why were you stalking me earlier?” she asked, cutting a piece of the steak and bringing it to her mouth.

“I was blown away by your beauty,” he said, his voice lowering.

“You’ve been drinking, haven’t you?”

“I don’t need alcohol to help me see what’s right in front of my face.”

“You. My beautiful wife. In that dress.”

“Seung-ju.” She slapped his arm and reached for her glass of wine, but not before he caught the sight of a deep blush tinging her cheeks. “Whatever,” she said after a moment. “You practically marked me with that intense glare.”

“I can think of other, more satisfying ways of marking you.”

“Shhh,” she said with a smile. “You’re lucky I don’t have one on me after last night.”

“Be careful of what you say,” he warned. “I just might finish the deed tonight.” 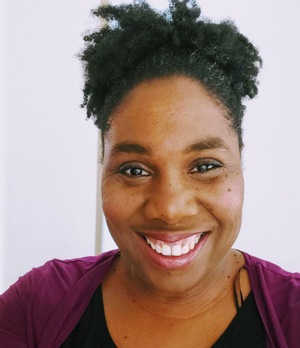 Dei Araujo is a multicultural romance author who enjoys reading and writing stories of love where color has no boundaries. When she’s not writing, she can be found binge-watching Korean and Chinese dramas and anime. She received a bachelor’s degree in Journalism/News Editorial from the University of Southern Mississippi and later a MFA in Popular Fiction Writing from Seton Hill University in Greensburg, PA. Dei is a retired Air Force officer and comes from a proud military family. An adjunct professor at Barry University, she’s living out her real-life love story in beautiful Miami, Florida with her soulmate and their boys.

You can find her on these social platforms:

Dei Araujo will be awarding a $10 Amazon/BN GC to a randomly drawn winner via rafflecopter during the tour.

Welcome to Beyond Romance, Dei!

As someone who lives in Asia and writes a lot of multicultural fiction, I'm really delighted to host your tour.

Good morning, Beyond Romance. I'm a huge fan of Asian dramas and find myself watching more programming created in S. Korea, China and Taiwan than I do American television. As a matter of fact, my inspiration for The Chaebol's Wife derived from my love of KDramas. Thanks so much hosting me today. I'm excited to be here.

What an exciting new twist on the second-chance-at-love trope! I love the idea that she doesn't need him to support her, but she's willing to swallow her pride and ask for him to help her when she needs it. And that he's never gotten over her anymore than she's gotten over him. Steamy!

Thank you so much for your comment, Fiona McGier. I really enjoyed writing Seung-ju and Camille's love story.

I love the cover! The splash of color is eye catching!