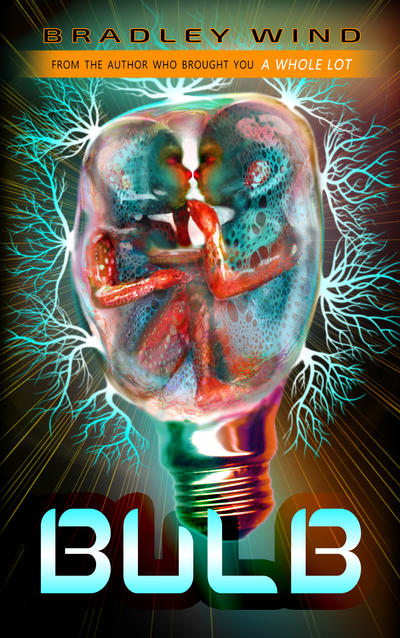 If light records everything we do, can even shadows hide our secrets?

Imagine your entire life is available for review.

Imagine each day any event can be watched over and over again - your birth, your first kiss, your recent shower, that private itch - all replayable from any angle. Now imagine these can be viewed by anyone at any time.

Is a world where there is far less ego, little crime, and even the smallest moments are recorded and available publicly through the ‘Grand Archive’ a Utopia or a Dystopia? Traumatized by memories he does not want to recall, artist Ben Tinthawin is recruited by the enigmatic, Grand Archive creator Dr. Mamon, who seeks help for his nextgen designs to enhance the world. Ben stumbles across a secret revealing the doctor’s true scheme in all its surreal splendor and questions whether the doctor really is the benevolent soul he claims to be.As the paths of a broken man and a brilliant revolutionary cross, the world shifts and cracks start to appear. Even our most fundamental codes can be encrypted – or corrupted. If the wrong information is discovered, more than Ben’s life will be in danger of total shut down.

Prepare yourself for full exposure.

Someone put the wrong teeth in my mouth last night. The canines poked at the back of my lips as if they didn’t fit. I wanted them either buried deep in the gums or all removed. I hate teeth.

Trash trucks moan like suburban whales while they back down my cul-de-sac. The truck eeping irritated me more than the sharp light. Wallpaper images of two windows beamed sunlight onto my head. BUD programmed the walls and sounds from archives of the room I had growing up for today’s alarm. I needed extra help waking most mornings but especially ones like this.

“Shall I turn the alarm off?”

“Yes. Thanks, BUD."
My prominent sense of teeth in my mouth dragged me back to the memory of my disturbing dream—another in the monster series.

“Would you care to dictate your dream, or will you be typing today?”

Lying among the pillows for the rest of the afternoon would’ve been nice, but morning bladder ousted me. A glass-horn urinal emerged from the wall when the bathroom slid to a greater diameter. A glimpse of myself as the mirror flipped revealed the monster – although I guess there’s nothing new about my dark circles and bedhead hair. The sight prompted me to dictate last night’s werewolf dream while the concern for my mental well-being drained away with yesterday’s juice.

Damn teeth! I could use a drink. The canines still felt glued to the inside of my mouth. In the mirror inspection, my little porcelain cleavers appeared normal. Gross, but normal. Most of the time, it only took the image of lips separating a fraction to think of an opened wound. Beyond the teeth, disgust stemmed from dripping saliva, hordes of bacteria, and raw flesh waves of the palate. It all made me question the stability of dentists.

Some science fiction books feel like mysteries. The author pitches you headlong into a foreign world, with technology, history, assumptions and problems very different from our own. As a reader, you have to follow the clues and figure out the rules in order to understand how the author’s imagined universe works. The process can be both frustrating and exhilarating. Each step you take toward comprehension provides a special kind of satisfaction. At the same time, the effort required to figure out the remaining puzzles sometimes makes reading as exhausting as it is pleasurable.

As the story begins, we meet the protagonist Ben Tinthawin, a twenty nine year old “neuronal artist” who has been suffering from horrific dreams in which he becomes a monster. He is the guardian for his artificially created, conjoined twin brothers, Ed and Francis. The twins can wreak a lot of havoc, given that they have the minds of seven year olds but adult-sized bodies.

Ben’s father died in a horrific accident that left Ben both physically and emotionally scarred. His friend and therapist Laurel urges him to review the recordings of the event in the Grand Archive in order to work through his trauma, but Ben resists. Gradually, we come to understand that the Archive retains the records of everything that happens, to everyone on the planet, wherever light can reach.

The existence of “Informed Light” and the Archive it supports have revolutionized society. Anyone can view any instant in their own lives, or someone else’s. A terrible loss of privacy, some might argue, but with the openness of the Archive, society has become far more egalitarian and crime has almost ceased to exist. The supposedly unfalsifiable Archive serves as the gold standard of truth.

But then, what about the Faux Life Movement? Somehow, the members of this shadowy organization manage to fabricate Archive sequences that border on the absurd, pieces of performance theater which can’t be traced back to their antecedent events. No one understands how the FLM manages this. Intrigued, Ben and his best friend Lenny engage in their own outrageous masquerades, trying to attract the attention of FLM members.

Meanwhile, Mamon, the brilliant scientist who invented (or discovered) Informed Light, recruits Ben to work at his Center, where he pursues research that he claims will liberate humanity from error and suffering, and reveal the fundamental truth underlying existence. Ben works with the Saints, individuals who have voluntarily signed up to live their lives in a coma, generating energy to fuel Mamon’s studies. Using their journals as a source, Ben composes images to make their endless sleep happier and more comfortable.

At this point in the book, I had dozens of questions. How did the Archive come into existence? Why were the twins created? What is Mamon really trying to achieve? Who is the mysterious Susan, the woman who contacts Ben out of the blue to “talk about books”? What is the true mission of the Saints?

The journals provide the first solutions to some of the book’s mysteries. I thought this was a brilliant literary device, to help the reader tease out some of the threads in this complex story. Ben uncovers more clues as he wanders around the Center, trying to find his brothers, who seem to play some as-yet-unknown role in Mamon’s plans. Then he visits Susan in SkyCity, only to encounter shocking new information about his own life, the Archive, and Mamon’s ultimate objectives.

I wish I could say I completely understood the dramatic climax and the unexpected conclusion of BULB. Unfortunately, many aspects of the plot remained obscure to me. I don’t know whether this can be attributed to my own lack of comprehension or the author’s failure to effectively communicate all his ideas.

It’s probably the former; Bradley Wind writes very well and has a powerful, visual imagination. The book is studded with startling, creative scenes and vivid descriptions. Imagine, for instance, a “sport” in which people can catch a ride on a tornado, or a nightclub where you immerse yourself in a lake of intoxicating drugs.

Furthermore, my confusion didn’t stop me from enjoying this original and thought-provoking novel. It offers creepy moments worthy of a horror story as well as slapstick humor. Mamon turns out to be the prototypical mad scientist, ultimately consumed by his own visions. Ben is sensitive, brave, broken and believable. Lenny provides comic relief as well as stability. And Laurel, the mother goddess, brings true light into the darkness generated by Mamon’s twisted ambitions.

If you enjoy science fiction that makes you think, consider trying this book. It’s not easy, but it has its rewards. 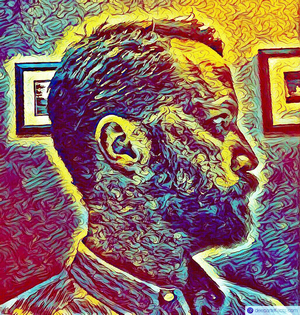 Bradley Wind was born and raised in Pennsylvania. He is a prolific visual artist whose work has exhibited in the 20th-century wing of the Philadelphia Museum of Art.

He worked as a toy designer for K'nex Industries, a manager of IT for Pearl S. Buck International and is currently a director of IT for a child-focused non-profit. He raises chickens and two lovely girls with his wife in Chester County, Pennsylvania.

BULB is his latest novel.

Bradley Wind will be awarding a $15 Amazon/BN GC to a randomly drawn winner via rafflecopter during the tour.

Thank you for sharing your review of this book, it sounds like a very great read and I'm glad I got to hear about it.

How long did it take you to come up with the story in the book?

Sounds amazing, really cool to learn about this book.

The cover is just weird enough to be really intriguing. The color combination is amazing!

[this is from Bradley Wind - he is having trouble getting Blogger to accept his comments...]


First I want to thank Lisabet for her terrific review. So kind. I wish readers were always this generous with their comments. This book is a good deal surreal and some difficult passages that I can imagine the readers of this blog might enjoy. Without giving away too much I'll say the ending is a way to talk a bit more about the power of nature. Humanity has done a number on the planet as we all know and should fear...if tech doesn't continue to grow and go as it has. Sounds contradictory maybe but we're in our adolescence with tech and as it matures it'll become more integrated and likely heal most of what it's harmed. I believe that. Nanotech/AI - think of what our lives were like back when I started writing this book in 1998...cell phones weren't even smart then. The internet was just taking off. - in 20 years...well...it's nearly magic. What will we be in another 20? So yes, we've caused harm and changed our environment but our lives are a blip, mother nature is beyond, so complex...its silly to try to write it in brief...but we still don't know our own bodies, still don't understand dark matter. Surreal? I think we've barely scratched the surface of oddity and the unknown and it's fun to think what she might bring.

Bernie...I guess it took me 20 years. But really I wrote it from 1998 to 1999 and that original 140k was whittled down by my first agent Luke Janklow and then again when I reworked it after it was on the Authonomy.com website and then again when my wife said I needed to finally put it out in 2018. So here we are...20 years later and I guess I was on to something. Hope this book isn't too disturbing or dark for you...I wove in what I thought were fun and provocative ideas but a world where everything is being recorded calls for some difficult/unusual imagery, no?
Thanks again. -=Bradley Wind

Thanks for sharing. Your book looks like alot of fun.