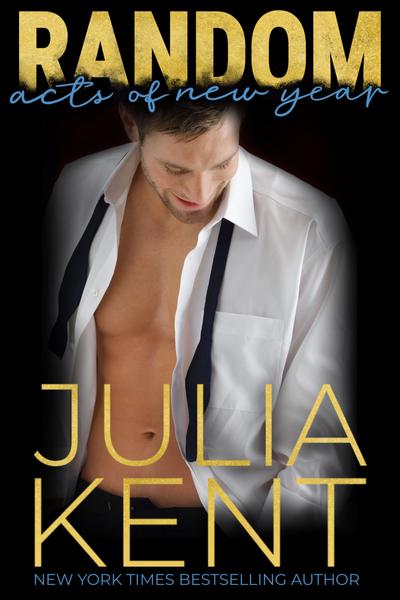 The ball and the book both drop on New Year’s Eve!

New Year’s Eve. Times Square. I booked the room over a year ago, with the view of the ball dropping. I’ll propose to Charlotte and drop to my knee at the stroke of midnight.

At least, that’s the plan.

But nothing in my life ever goes as planned. Between a last-minute gig that takes me away from her, a blast-from-the-past boyfriend of Charlotte’s, and the resurrection of Esme the blow-up doll, I have to fight for my right —

To make her my wife.

Charlotte. Not Esme. Because that's just gross, man. What's wrong with you?

Liam is finally ready to pop the question to Charlotte after years together, but a last-minute gig and a heaping dose of fate in the form of Darla makes the road to marriage a little bumpier than expected.

Welcome to the Random series, where people propose to chickens, snakes fall in love with blow-up dolls, cell phones become medical devices, and love conquers all, in tune and with three-part harmony. 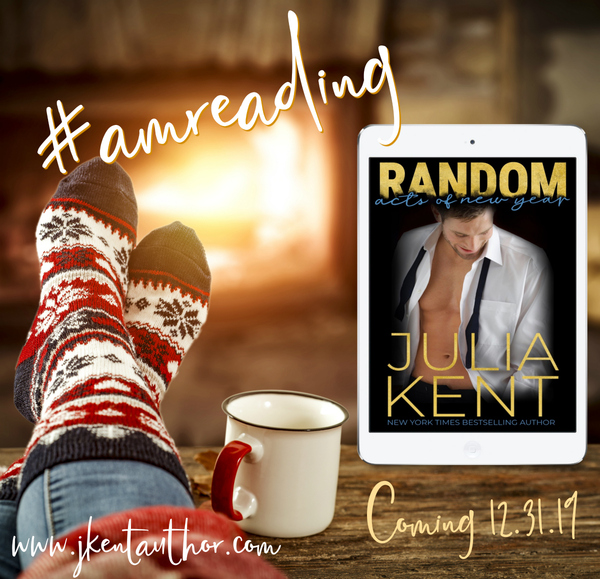 The second I walked into the practice space, every single person in the room, including Liam, went dead still.

That means they were talking about me.

Why were they talking about me?

“Let's pick it up from the top,” Trevor shouted as Liam came in for a kiss and a hug from me. As our torsos met, his hard-on was thicker than usual. Shifting slightly, he moved it into the groove of my hip.

Wow. He was ready.

“You want a quickie in the bathroom?” I whispered.

A hot thread of electricity shot through him, making him tense.

“You're hard as a rock.” My hand went between us to his crotch. “What are you packing in there? A baseball bat?”

And then Liam moved out of the way of my hand.

My turn to go perfectly still.

New York Times and USA Today Bestselling Author Julia Kent writes romantic comedy with an edge. From billionaires to BBWs to new adult rock stars, Julia finds a sensual, goofy joy in every contemporary romance she writes. Unlike Shannon from Shopping for a Billionaire, she did not meet her husband after dropping her phone in a men's room toilet (and he isn't a billionaire). She lives in New England with her husband and three sons in a household where the toilet seat is never, ever, down 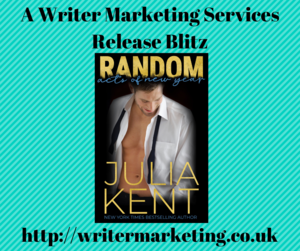 Congratulations on the new release. I am in awe of people who can write truly funny romance... and yours is.