For the past ten years, I’ve been manager of the Oh Get a Grip group blog. I inherited the blog from another group of authors, all of whom decided at the same time that they wanted to move on with other things. That was fine with me; at the time, I wasn’t ready to commit to the work of my own personal blog, so managing a group of contributors seemed like a reasonable way to get my feet wet in the blogosphere.

Over the years, the membership of the blog has included many of my online author friends. When one person dropped out, due to burnout or competing responsibilities, I’ve managed to find a contributor to take the exiting author’s spot.

Now, though, the Grip seems to be petering out. Almost all the current contributors want to leave – including me. I’m going to keep the site up for a while, but I’ll disable comments. In a few months, I’ll take it offline.

Meanwhile, though, I want to thank all the wonderful authors who’ve been part of the Grip for the past few years (and some for quite a bit longer). I hope that you’ll visit their individual social media sites – and maybe, buy their books! Every one of them is well worth reading.

Happy New Year to them, and to you!

I love to hear from readers. You can find me on my blog, and on the Totally Bound site. I’m on Facebook, and twitter and now on Tsu as well. I’m on Pinterest too, and Goodreads 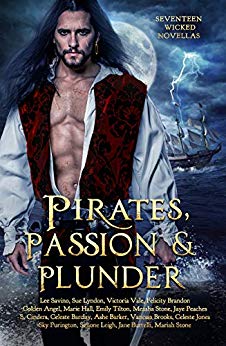 At this particular time in a wandering, often bizarre and unexpected life, C. Sanchez-Garcia is living quietly in eastern Georgia, where the size of his personal library is bursting the walls of his little house. He stubbornly believes in passion, God, sensuality and spirituality, and that a good love story is life's finest medicine for melancholy. He is the author of the erotic novellas Mortal Engines and the Color of the Moon and the charity erotica collection Coming Together Presents: C. Sanchez-Garcia. Several of his stories have been published in various volumes of the Mammoth Book of Best New Erotica and Coming Together anthologies as well as the Erotica Readers and Writers Association's online gallery and permanent archives. If you would like to meet the author you will find him at his blog, and on Facebook. 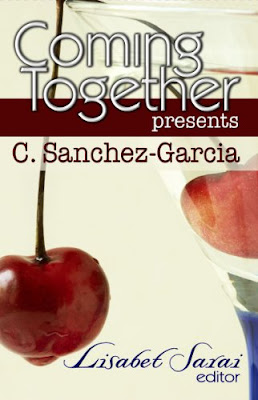 Other interests include listening to electronica music (particularly Armin Van Buuren), puttering around the house (and attempting to grow a garden), and gawking at cute twink baristas at the various coffee shops where he’s such a regular that he’s known by first name.

To connect with Cameron, please visit his website at www.camerondjames.com or connect with him on Twitter at www.twitter.com/Cameron_D_James 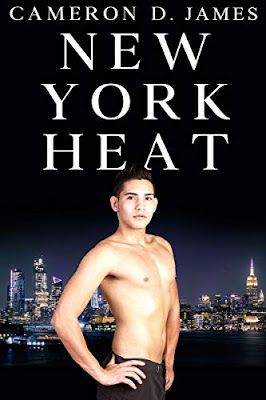 
Giselle Renarde is a queer Canadian, avid volunteer, contributor to more than 100 short story anthologies, and award-winning author of novels and novellas such as Anonymous, Ondine, and Nanny State. Giselle loves a geeky girl and lives across from a park with two bilingual cats who sleep on her head. 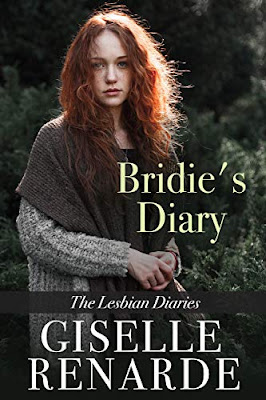 Jean Roberta has taught English and creative writing courses in a Canadian university for over twenty years. Her speculative-fiction course, Sympathy for the Devil, analyzes four novels by women about male protagonists who describe themselves as “monsters” and “devils.”

She co-edited Out Spoken, a book of articles based on presentations in a queer faculty speakers series, including her own approach to the notorious 1928 lesbian (or transgendered) novel, The Well of Loneliness. The anthology will be published by the local university press. An article of hers is due to appear in From the Coffin to the Classroom: Teaching the Vampire (McFarland Press), in 2014.

Her reviews appear in a variety of venues. She reviews lesbian/gay/bisexual/trans/genderqueer material for The Gay and Lesbian Review (www.G&LR.com). Sixty of her reviews of erotica are in the archives here: www.eroticarevealed.com. She currently blogs here: www.erotica-readers.blogspot.com and here: http://www.jean_roberta.livejournal.com 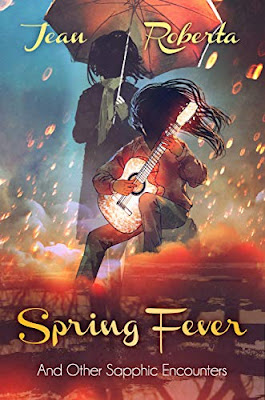 For K D Grace, penning a good tale is a physical act. When she’s not writing, K D is veg gardening or walking. Her creativity is directly proportional to how much soil is under her fingernails or how quickly she wears out a pair of walking boots. She’s having a mad affair with a pair of kettle bells at her local gym and an even madder affair with a stainless steel pole in the pole fitness studio just across the street. She’s fascinated with mythology and fairy tales, which inspires many of her stories. She loves to read. She loves anything that gets her out of doors. But she loves writing a story best of all. 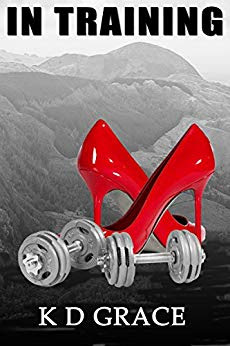 Author Morticia Knight spends most of her nights writing about men loving men forever after. If there happens to be some friendly bondage or floggings involved, she doesn’t begrudge her characters whatever their filthy little hearts desire. Even though she’s been crafting her naughty tales for more years than she’d like to share—her adventures as a published author began in 2011. Since then, she’s been fortunate enough to have several books on bestseller lists along with titles receiving recognition in the Rainbow Book Awards, Divine Magazine and Love Romance Café.

Once upon a time she was the lead singer in an indie rock band that toured the West Coast and charted on U.S. college radio. She currently resides on the North Oregon coast and when she’s not fantasizing about hot men, she takes walks along the ocean and annoys the local Karaoke bar patrons. 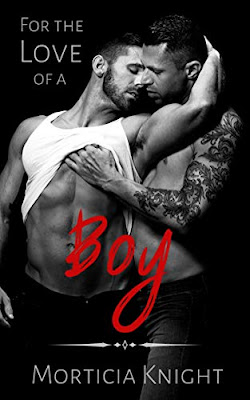 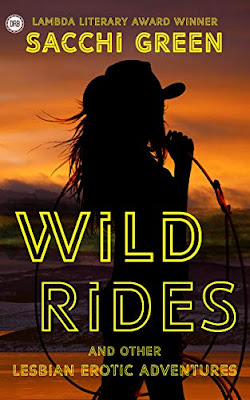 I’ve had an interest in writing since I was in high school, and gravitated toward the pulp fiction genre popularized by writers like Raymond Chandler and Mickey Spillane. I used to watch the movie versions of their stories and became hooked on the whole film noir thing. That started me on my lifelong love affair with all things Humphrey Bogart and Alan Ladd. My mother was an avid reader and suggested that if I liked the movies, I should read the books to see how they compared.

When I took up writing full time 15 years ago, my first fictional character was a former CIA spook named Nick Seven, who lives in Key Largo, Florida with a Barbadian beauty named Felicia, who is a former co-worker. Key West in July doesn’t generate as much heat as these two when they mate, and Felicia is a kick-ass companion whenever the bad guys come calling. After that series took off (5 so far and more on the way), I decided to indulge my passion for private eye fiction by creating another character, Vic Fallon. He’s a former cop turned gumshoe who lives on the Lake Erie shore in northern Ohio (near where I grew up). His adventures evoke Chandler’s Phillip Marlowe, but in a contemporary setting. My other titles would fall under the banner of contemporary erotic romantic comedy, the kind of thing you’d see on Lifetime.

Last year, I retired from civil service, and continued being a freelance writer for a local newspaper and several online sites. Just when retirement had become a comfortable habit, I was coaxed out of it by the publisher of the weekly paper I was writing for. I’m now the Editor, and I’m enjoying my newest career. The only drawback is that after spending all day reading and editing other writers’ stories, I don’t want to devote time to my own! I guess this is why they invented days off. 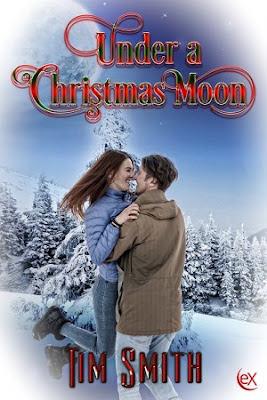 Big thanks to you, Lisabet, and to the other Grippers of recent and olden times, for giving us so many great conversations (plus, at one time, guest slots for people like me)! I know that you, especially, worked very hard on OGAG for a very long time, so brava! to you.