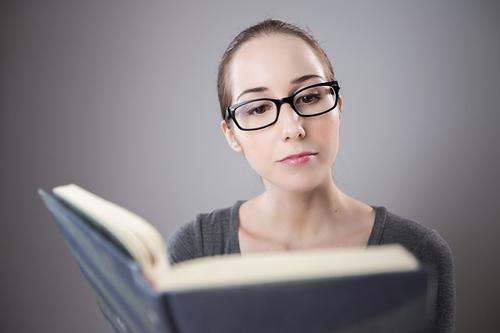 Image by PourquoiPas from Pixabay


My brother and I stroll along Wingaersheek Beach in Gloucester, whipped by the chill April wind. My decision to live overseas and his aversion to travel don't leave us many chances to talk face to face. Every visit becomes a massive attempt at catching up.

“You're such a great writer,” he comments. I glow at the praise, coming from someone so massively creative. He makes his living as a songwriter and musician, leaving me in something like awe.

“My books are serious,” I protest. “Sex and desire are serious topics. We can't understand the human condition without exploring our sexuality.” I don't know why I bother arguing, though. I'm not going to change his mind. And after all, he's hardly alone in harboring these opinions. Scads of people would label what I write “trash”. Some of them would go further, calling my novels “obscene filth”, even “the work of Satan”.

They're both intelligent, thoughtful people. If they view my work as “not serious”, maybe they're right.

I didn't choose my genre, though. It chose me. Despite my illustrious relative (by marriage), I never imagined myself making a career out of being an author. (Lucky thing...) Still, I've been writing all my life. Nobody showed me how, or particularly encouraged me, yet I created poems and stories from the time I was six or seven. Writing seemed a natural extension of reading, which was an activity in which I indulged at every opportunity. Stories to read, stories to write: one catalyzed the other.

My husband is less judgmental than my siblings. He enjoys erotica, though he has no tolerance for kink or for homoerotic content. Still, every now and then, he suggests I should switch to a more mainstream genre. “Why not write a mystery?”, he asks. “Or a science fiction novel?” I love both these genres, when done well, but I know already that if I turned my hand to either, I wouldn't be able to avoid adding at least some sexual content.

What about so called “literary fiction”? That's what my brother means by “serious”, I'm quite sure. I'd love to have the talent and vision of Barbara Kingsolver, or Sarah Waters, or Haruki Murakami, but I have no illusions. I don't think I have the necessary depth. Mostly I just like to tell stories. Most of my stories have at least a passing concern with sex and desire.

So I guess that means I'm not “serious”, but I'm not sure I want to be either. A while ago, I read Our Tragic Universe by Scarlett Thomas, which I'd say is definitely intended as a literary novel. The main character Meg has a contract for a literary novel. Over the past three years, she has written, and then deleted, about 500,000 words. Every time she has a new idea, she builds it into the book. When she picks up the manuscript again, though, she finds she has lost all confidence in her original inspiration.

Meanwhile, she supports herself writing science fiction books so successful that they've been optioned for a TV show, as well as a wildly popular young adult adventure series that has turned into a franchise. Every year she runs training workshops for other authors who want to ghost-write “Zeb Ross” books.

Because she can't seem to finish her “serious” novel, however, Meg considers herself a failure as an author.

I write books that make my sister blush and my brother squirm, books that Amazon bans, books that mean I have to hide my true identity and can't share my publishing accomplishments with many people. I'd love to get some recognition, but I'm not willing to twist my creativity into unnatural directions. I'm willing to sacrifice possible fame and fortune—or at least the respect of my family—for artistic integrity. If that's not serious, I don't know what is.

I'm glad you got a chance to visit with your brother. I appreciate the fact that authors like you bring subjects into the light that have been considered taboo for so long, as if most of us aren't the result of very natural interactions between our parents. I fail to understand why people who aren't comfortable with sexuality or sensuality take it upon themselves to censor for the rest of us. Keep up the good work and never let anyone convince you that you aren't a serious writer. Of course you are!

Thanks so much for your encouraging words. It's readers like you who keep me going.

Yup, separated at birth, we were!

My one sis-in-law, whom I love dearly, told me she couldn't read my books because she feels like I'm "letting her see into the bedroom where her brother and I are having sex." Sigh. No, my heroes are not her brother, though I must admit, I do fall in love with each of them. My brother doesn't even comment on my writing, and his wife told me I write "vanilla" sex, as if that was some kind of insult. I guess because there's usually only one man, one woman? What? No set of 3 hunky brothers, each vying for their favorite hole? No emu?

But even what I do write is anathema to many who are interested in the fact that I'm a published author until they ask what I write. Then they make a face, as if they stepped in shit, and say, "Oh. No one reads that kind of stuff, do they?" Since I struggle for royalties, I get so discouraged.

I've tried to write in other genres also, but like you, there always creeps in a sexual angle...how can you write about people, fully understand them, until you know about how they get off? So I hide here and on other sites, (Get a Grip, anyone?) and pour out my misgivings and try to seek out encouragement. Knowing that there are others in the same position is always heartening. If a writer like you, whom I've read and truly enjoyed, is having the same trouble and self-doubts that I do, I guess I'm not just a hack, scribbling porn that no one wants to read. Or at least, on a good day, that's what I tell myself.

This is always one of the more frustrating aspects of writing sex - the number of people who dismiss it or won't read it or think it's trashy, as though it isn't one of the more difficult things to write well.

I write erotica under this name and mainstream under another. As far as I'm concerned, the only difference between the two is the explicitness and frequency of sex. Yet somehow the erotica is seen as less serious? Less valuable? I have to hide it away and never talk about it in public? One of these days, I think I'm going to call bullshit.

Sex is just another emotional crucible into which you put your characters. It's not frivolous or gratuitous, and I don't understand why turning someone on is somehow less of a literary accomplishment than making them angry or sad or making them laugh.

Yet I still have to treat everything with sex in it as though it's a minefield about to go off. Even in mainstream, I provide the warning, but I still have a thread of fear about whether it's going to be pilloried for it.

It's just...disheartening, to have something you're so proud of constantly belittled.