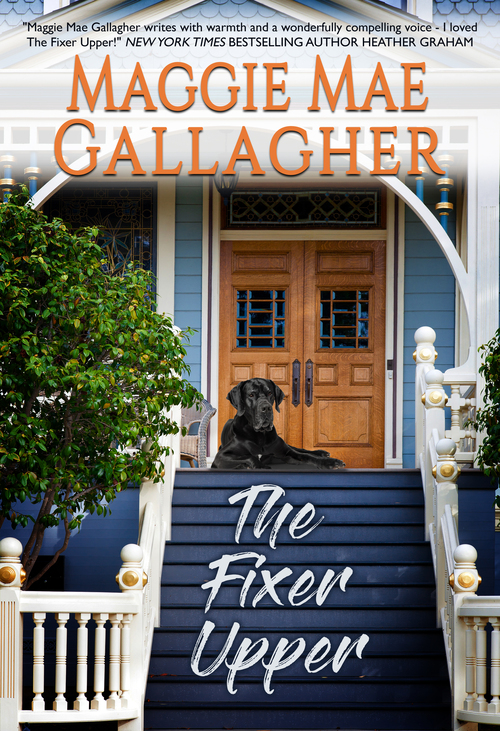 Abby Callier is more in love with Shakespearean heroes than any real man, and she’s beginning to wonder if there is life for her outside the pages of a book. It doesn’t help that her esteemed parents tend to view her as they would one of their science experiments gone wrong. On the eve of finishing her dissertation, she escapes her staid existence to live in the house she inherited from her Great Aunt Evie in the small town of Echo Springs, Colorado. Because, let’s face it, when a woman starts comparing her life to horror films, it might be time for a break.

Sheriff Nate Barnes believes in law and order and carefully building the life you want. In his spare time, he has been remodeling his house in the hope that one day it will be filled with the family he makes. But Nate doesn’t like drama or complications and tends to avoid them at all costs. And yet, when Miss Abigail Callier, his newest neighbor, beans him with a nine iron, he can’t help but wonder if she might just be the complication he’s been searching for all along. It doesn’t hurt that he discovers a journal hidden away by the previous tenant and decides to use Old Man Turner’s advice to romance Abby into his life.

Abby never expected her next-door neighbor, the newly dubbed Sheriff Stud Muffin, to be just the distraction her world needed. The problem is she doesn’t know whether she should make Echo Springs her home, or if this town is just a stopover point in her life’s trajectory. And she doesn’t want to tell Nate that she might not be sticking around—even though she should because it’s the right thing to do, the honest thing—because then all the scintillatingly hot kisses with the Sheriff will come to an abrupt halt. Did she mention that he’s a really great kisser?

Abby opened the door to two delivery men wearing Styman and Sons logos on their polos. Greg Styman Junior and Teddy Styman were the sons part of the company. They were both relatively attractive guys in a down-home Mayberry type of way, and were young—far, far too young.
While Abby might be nearing her twenty-ninth birthday, these two reminded her of students—fresh-faced, with that innocent wide-eyed wonder of youth that people tended to lose by their mid-twenties.

One of the things that had drawn her to the local appliance shop, instead of heading into Denver and one of those big-box stores to make her purchase, had been their willingness to haul away the old freezer free of charge. Styman and Sons would strip it and refurbish any of the old parts that weren’t rusted or still viable and resell them online. It made Abby feel like she was doing something good for the environment because the whole thing wouldn’t end up in a landfill.

Abby was standing on her porch, watching the two guys pull her handy-dandy new deepfreeze from the truck, when she was flattened.

She’d barely had time to issue an umphff before she was on her back on the ivory wooden porch, a hulking brute covered in dark black fur towering over her. She lay on her back, trying to assess the damage as a large, wet, pink tongue slobbered over her face. From this angle, she could tell there were a few parts of the roof overhang that needed to be fixed before winter arrived.

Her hands slid into the soft, short fur, attempting to move the massive beast as it said hello with an almost rabid enthusiasm. Abby would have had better luck moving one of the fourteen footers nearby.

“Rufus, stupid mutt, get off her.” Abby heard the deep baritone filled with abject horror.

Rufus, the mammoth Great Dane, listened about as well as a toddler playing with his favorite toy and, instead of moving off her, decided he really wanted to cuddle and lie on top of her. Her breath whooshed out of her again at the dog’s impressive weight. He had to outweigh her by twenty pounds.

“Jesus, Rufus.” Nate Barnes tugged and yanked the hulking beast of a dog off Abby’s prone form. Rufus seemed to think that meant Nate wanted to play and wrestle around. They skirmished on her porch for a minute or so, until Rufus spied a rabbit and took off after the poor creature.

She was starting to push herself up, mentally assessing the damage, when Nate held out a hand to her, a mask of apology adding a deep line to his furrowed brow. “I’m so sorry. Are you all right? He’s harmless, really. The lamebrain just thinks he’s more of a lap dog and doesn’t realize how big he is.”

Abby felt a few brain cells faint as she accepted his help, placing her hand in his much longer one, noticing that the fingers were rough with calluses.

“It’s okay,” she said as she gained her feet, only to be shocked—and a little turned on—as he ran his hands over her, checking for injuries. As much as she tried to rationalize that it was a police-style frisking, a low burn ignited in her belly. Before she did something entirely stupid, like invite him in where he could give her body a private inspection, she batted his hands away. “No harm done. He seems like a big lover.”

Nate smiled sheepishly as he retreated a step, and it did nothing to lessen his impact.

She almost sawed her tongue in half. See? I shouldn’t talk to people, ever. Especially not after Sheriff Stud Muffin put his hands all over her. The action had short-wired and fried her brain, leading to her precarious foot-in-mouth disease. As if he knew she had been talking about him, Rufus loped back up her porch, making a beeline directly for her or, better yet, her crotch, as he planted his wet nose there by way of greeting.

“Rufus, get off her. Jesus, I’m sorry. He’s normally not like this,” Nate explained, more than a little flummoxed and embarrassed as he tried to yank him off.

It was nice to know the guy was human. After their initial and rather violent meeting, she’d wondered if he was a superhero in disguise. She had hit him with the golf club with her full force and the guy had barely flinched. 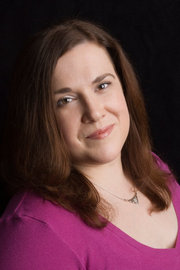 And if you like your romance with a bit of spice and kink be sure to check out Maggie Mae Gallagher writing as Anya Summers on Amazon!

Maggie Mae is giving away $15 Amazon/BN GC to one lucky person who enters her cover reveal drawing!

Welcome to Beyond Romance, Maggie Mae!

I'm much more of a cat person than a dog person, but your Great Dane excerpt is so vivid, I had to share it.