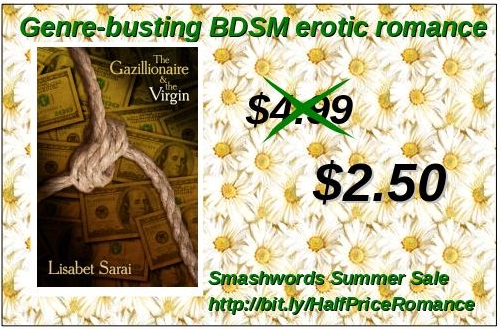 Trust can’t be bought—it has to be earned.

When Silicon Valley entrepreneur Rachel Zelinsky meets reclusive genius Theo Moore, she finds him strangely compelling. Theo is both arrogant and socially awkward, but he has an aura of power that speaks to Rachel’s carefully-hidden submissive side. Disturbed and aroused, she tries to focus on her original objective—a deal to incorporate his Artificial Intelligence software into her company’s popular virtual world. Rachel’s not a woman who lets pleasure interfere with business, but for some reason, she can’t resist Theo’s geeky appeal.

That doesn’t bother Rachel, however. In his bed—in his arms—in his bonds—she discovers the bliss of total surrender. Rachel may be Theo’s first lover, but Theo is Rachel’s first true Master—and the first man to truly touch her heart. It seems that love may harmonize their differing goals and values, until Rachel’s unwitting violation of Theo’s trust threatens to tear them apart forever.

“This book is one of the top five hottest books I have read. These were two of my most favorite lovers. I was wrung out when I finished it but what a delight!” ~ Sheila, Amazon US

Half off at Smashwords throughout the month of July! 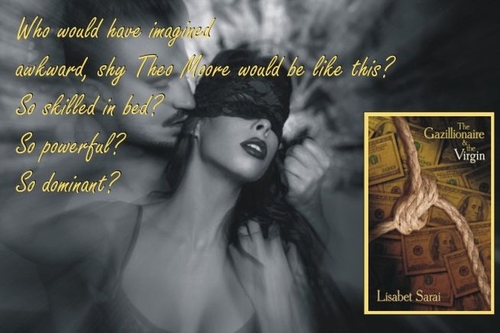 He circles behind me to unzip my skirt. The garment slips over my hips to the floor. Next he hooks his fingers into the waistband of my tights and rolls the clingy material down to my ankles. I imagine him using the elastic garment to bind me—it would be well-suited to that task—but he seems intent only on rendering me naked.

“Step out of your shoes. That’s right.” He extricates first one foot and then the other from my hosiery, and tosses the tangled garment away. “Arms over your head,” he commands. In a matter of seconds, my sweater has joined my other clothing on the floor.

He pauses for a moment, apparently to admire me in my state of semi-nudity. My swollen nipples distort the lace of my bra. My sodden panties bunch between my legs. Though I know it’s forbidden, I tense my thighs, seeking some friction to relieve the terrible, pulsing ache between them.

“Be still!” I hope he’ll slap my ass as punishment for my infraction, but there’s only his verbal reprimand.

“Can’t you speed up a bit, Theo?” His fingers brush my back as he unfastens the bra hooks. Electric currents zap my sex. I moan. “I’m desperate for you.”

http://bit.ly/HalfPriceRomance
Posted by Lisabet Sarai at 3:00 AM