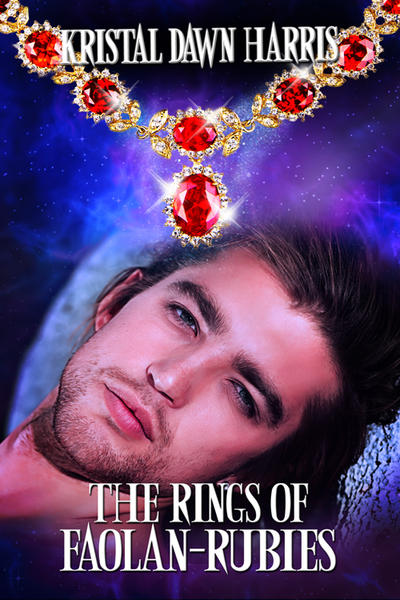 From the first, Michael Faolan and Natalie Terrence knew they were destined to be Lycan mates, but constant danger in Michael's life keeps them separated. They are stalked by the hunters, a group of men who plan to eradicate all Lycan as vermin. Natalie refuses to acknowledge the bond that she has with Michael until hunters burn down his barn and he is gravely injured. She cannot resist his call, even with the threat hanging over his head. Michael Faolan has secrets of his own, but he is happy to accept Natalie's ministrations. Their attraction ignites into flames of passion as they continue to fight the hunters. Could his secrets dampen the hunger Natalie feels for her mate, or can they use that desire to build a family and forge a love so strong no man, woman, or beast can tear them apart?

Pale moonlight descended over Heather Ridge, adding a menacing air to its aged appearance. Her eyes slowly lifted to the second-floor windows as she thought of Michael. He dominated her every moment and had secretly become her own private obsession. She felt his eyes. She sensed his presence. Silver orbs gazed back from the dingy, dark windows. Her hand involuntarily came up to rub the base of her throat. She couldn’t look away, spellbound in the moment. Her feet refused to move. It felt like forever passed when the outline of his body finally turned away from the window.

Natalie’s nervous laugh broke the eerie silence of the twilight. The porch light turned on at that exact moment, and she jumped. Her breath caught in her lungs and she doubled over gasping for air. She chided herself for being afraid and shook her head. She was Lycan, a predator, and she belonged in the night, but the wind refused to support her confidence as it moaned through the forest.

Natalie shivered and rubbed her arms as gray fog leaked from the forest. It swirled around the corners of the house just as her feet climbed to the top of the limestone steps. She stopped only for a moment and watched with wide eyes as it creeped slowly up the steps behind her. With her back against the front door, she turned the door knob. The front door creaked as she pushed it open then slammed shut with a loud bang. 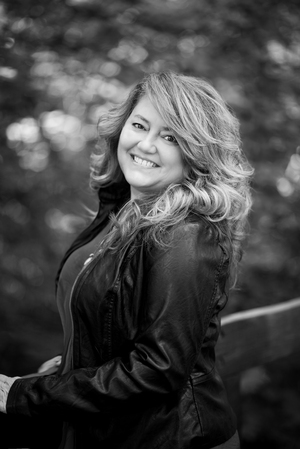 Kristal Dawn Harris is an American author, born in Middletown, Ohio. She currently resides in Ohio with her husband. Kristal has been married for 27 years and has two children. She has a business degree in Accounting Technology. Kristal spent twenty years working as an Office Coordinator in the hospital until she released her debut novel, The Rings of Faolan-Emeralds, through The Wild Rose Press.

In 1999, Kristal suffered a debilitating disease called “Guillain-Barre Syndrome.” This rare disease damaged the nerves in her body requiring the use of drop-foot braces in order to walk. Kristal considers herself a survivor and encourages anyone with a disability to follow their dreams.

Kristal has one more book contracted with The Wild Rose Press which will release in 2019. She is considered a hybrid author since she published Hand-Carved Wolf on her own. Kristal is an avid reader who enjoys romance from all genres, but paranormal is her favorite.

Kristal is giving away a $15 bookstore gift certificate to one lucky reader during her tour.

I can't wait to read this book.

I love shifter stories. What made you pick lycans from all of the shifters?