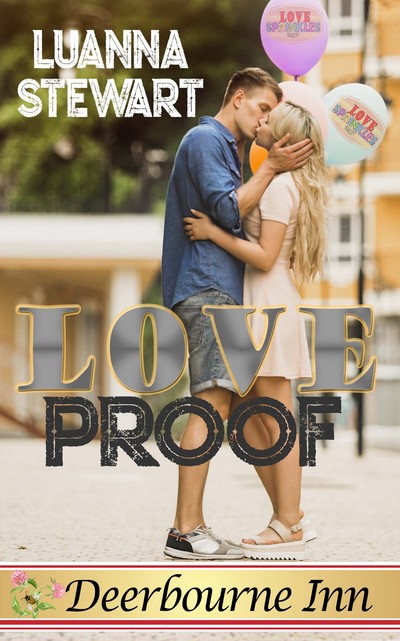 Love Proof, my new release, is part of a series created by my publisher, set in a fictional town in Vermont, and centred on the historic Deerbourne Inn. At twelve books and counting in the series, there is something for everyone no matter which subgenre of romance you enjoy reading.

In no particular order, here are five things I learned while writing this book:

Writing in a series established by someone else was fun! The grunt work of creating the setting and describing the location was done, and the town map was drawn. Even the streets were named. As someone who struggles with naming things, this was a huge benefit. Also, a core group of town-folk existed and were busily running around town going about their various businesses. And those businesses were named, too – oh, joy!

Writing in an established series was hard! I wasn’t in charge of the setting or most of the secondary characters. I had to make sure my storyline wouldn’t interfere with another author’s ideas. And if I wanted to use one of the established secondary characters in my story, I had to make sure my idea fit with the character development already in place in the series “bible” (an outline of the town’s history, brief descriptions of the core characters, etc.).

Collaborating with the other authors in the series was fun! I enjoyed bouncing story and character ideas around with other writers. And I learned how to work with other writers’ stories – their plots and characters. I’ve collaborated before but the thing that connected those other books was a talisman, and even that was open to interpretation by the individual authors. Writing Love Proof worked writing muscles I didn’t know I had.

Writing a shorter book was a challenge. But I’ve done it previously, four times in fact, and so I knew it was possible. The key is to understand the limitations placed on the book by the lack of page space. With only 150 pages, give or take, crafting a sweeping saga would by impossible. Even writing a story that stretched over several months would be too much of a challenge for this writer. An added bonus of a story with a short time span is the inherent “deadline”. A ticking clock is helpful for moving the story along and can be used in more than a suspense or a thriller. “Can she save the ranch before the wrecking ball arrives?” “Can he win her heart before she’s deployed next month?” Or in the case of my story, “Can she bake 300 cupcakes in time for the town’s garden party in two weeks, while also resisting her attraction to the handsome man from her past?”.

Writing a shorter book was freeing because there wasn’t room on the page for a lot of extras. In my case, all I had room for was a hero, a heroine, their internal and external conflicts, and a few extra characters. No big secondary plot allowed. The constraints of a short time spent in the story world was liberating as well. I used a page from an old wall calendar, noted the day my hero, Raynor, arrived in town, and the day of the mad River Garden Party, and that was my story’s time frame. All the good stuff, the bad stuff, and then the good stuff, had to happen within those days.

Do you enjoy reading shorter books? If so, what do you find most appealing?

Unemployed photojournalist Raynor Elliot stops at a bakery near the famous Deerbourne Inn. Not only does he get a lead on a job but the bakery’s owner is that awkward kid he knew in high school, only now she has fabulous curves and an irreverent sense of humor. The cozy bakery, with its aroma of sugar, vanilla and spice, has more to offer than tasty cookies.

Fiona MacLeod has been plagued for years by the need to make amends for telling The Big Lie. When the lie’s victim strolls into her bakery with his icy blue stare and killer charm, she feels like she’s standing too close to a hot oven.

Between running her bakery and frosting cupcakes for the Mad River Garden Party, she's pretty sure she's falling in love with this infuriating, sexy man. Can Fiona dredge up the courage to confess, face the consequences, and hope for forgiveness?

“I remember those days.” She pushed the calculator to the side, too tired to worry about planning the week’s baking schedule. “Why’d you study journalism?

“Truth is important to me. I was tired of all the lies in government, at every level. I wanted to change that. Ultimately make the world a better place. Easy peasy, right?” His lips quirked and he shook his head.

“That’s why I decided to be a baker. Brighten someone’s day with a special treat.”

He scooted his chair closer and pointed at the column of numbers on the page. “You want me to do the rest?” His arm, bare to the bicep, lightly tanned, dusted with blond hair, a little lighter than on his head, rested less than an inch from her own spindly pale arm. Not spindly compared to other women, hefting bags of flour and moving trays of baked goods did take some muscle power. But spindly compared to his manly toned muscles flexing under skin that she’d bet her last jar of sprinkles was smooth and warm. She clenched her hand.

“We have cupcakes to frost.” She bounded from the chair and rushed into the kitchen.

Holy moly, the guy oozed sex. In a good way. A very good way. She pulled a clean apron off the shelf and cinched it around her waist. An extra layer of armor between her and temptation in the form of Raynor. The seeker of truth. The man whose mission in life was to expose lies. The reporter who thought liars were not decent human beings. 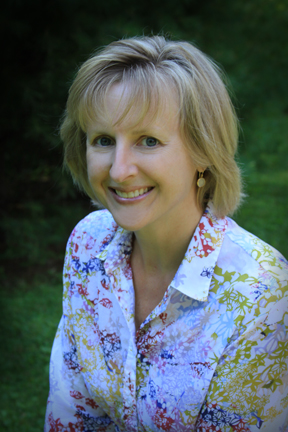 Luanna Stewart has been creating adventures for her imaginary friends since childhood. At the tender age of twelve she discovered her grandmother's stash of romance novels, after which all plots had to lead to a happily-ever-after.

Luanna spends her days writing sexy romantic suspense, steamy paranormal romance, and spicy historical romance. When she's not torturing her heroes and heroines, she’s either in her kitchen baking something delicious, or protecting her garden from the chickens. She lives in Nova Scotia with her incredibly patient husband and two spoiled cats.

Good morning! Thank you, Lisabet, for inviting me to visit with your readers.

I've never tried writing a story in an already established world. It sounds as though it could be an interesting exercise. I do like writing within constraints, for instance, flash fiction or poetry that fits a particular form.

Thanks for being my guest, and for the giveaway!

I love to read about food in books and lots of times I want what they are making.

Sherry, I'm the same way! I always get hungry if there's food described in a book. Thanks for stopping by!