All 5 Northstar Security Series books are on sale for only

Northstar Security Firm is an elite private security agency whose mission statement: GUIDED BY THE TRUTH, is the guiding principle to provide justice for those who have been wronged. Founded by former CIA agents Byron O’Neal, Katherine O’Neal, and Sean Malone, Northstar Security has a ninety-nine percent success rate. That one percent is a still open case involving Katherine’s murder and Sean Malone’s career-ending gunshot wound. Nothing is a hundred percent guaranteed, and angst over one unsolved case doesn’t stop good men and women from fulfilling their duty. 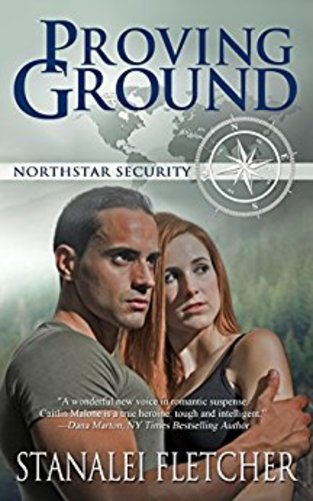 A screw-up, a wild fire, and a bio-terrorist. What could go wrong?
Proving Ground introduces the high stakes world of The Northstar Security Firm. Caitlin Malone’s only hope of saving her town, maybe even the entire country, is pinned on the one man who broke her heart.

Screw-ups don’t get second chances. That’s what Caitlin Malone believes when she returns to Oregon after failing her first Northstar Security assignment. When she inadvertently stumbles across a plot to steal deadly pathogens from the bio-lab near her hometown, she sees a chance at redemption.

USDA Forest Ranger, John ‘Mac’ MacAlistair, doesn’t want to babysit the motorcycle club holding their annual rally in his national forest. To make matters worse, Caitlin is attending the rally with Mac’s estranged uncle. Having her home again brings up feelings that are better left buried.

It’s early September. Any spark will send the dry timber into a raging fire. The terrorists are counting on that distraction to work in their favor. When Caitlin is trapped by the wildfire, her only hope of rescue is pinned on Mac, the man she's tried two years to forget. Before they can share their feelings, Mac and Caitlin must first escape the burning forest and stop the terrorists from releasing the deadly pathogens.

…he couldn’t reach the knife. Although handy in most situations, it would be useless against a gun. His only chance of coming out unscathed in this encounter would be quick reflexes and luck. Mostly luck.

Breathing slowly, he cleared his mind, took a cautious step forward—and froze when he heard the click of the gun’s safety release.

The time it took to consider alternatives should’ve been spent backing out the door. However, in his nearly thirty years, he’d only run away from one situation, which, although dangerous to his emotional well-being, hadn’t been life threatening. He wasn’t backing down now.

The gun didn’t waver. The person behind it remained shadowed, but steady hands indicated someone other than a fly-by-night burglar. Had one of Sean’s old nemeses come after him for some long overdue retribution?

“I don’t know who you are.” Mac kept his voice calm, soothing. “But I’m pretty sure I’m not the person you want to shoot.”

The snick of a switch and a blaze of overhead light prevented more talk. Blinded by the sudden brightness, Mac stood rooted to the floor, hands in the air, not daring to make any sudden moves.

Mac’s heart stirred to life. Blood surged through his veins as his breath released on a whoosh. He lowered his hands, but his body refused to budge. His reaction had nothing to do with the fact Caitlin had greeted him with a shotgun, and everything to do with the woman herself. 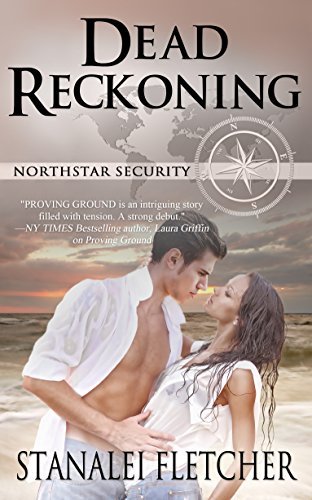 Byron O’Neal, Northstar Security Firm’s director didn’t always run an elite private investigation firm. His early CIA years were spent chasing Soviet spies. Now his past is catching up, and Kellee, Bryon’s daughter is caught in the middle of a game of Russian Roulette. Northstar agent and former Navy SEAL, Egan Maddox, is tasked to save Kellee from the Russian mafia before it’s too late, a task that puts not only his life, but his heart on the line. 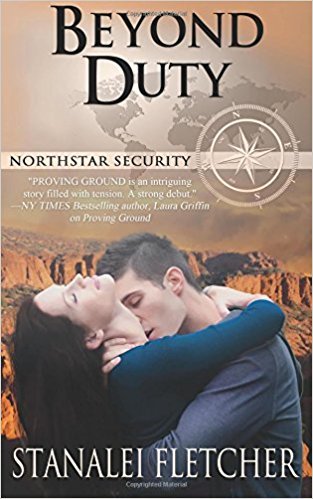 When Northstar Security Firm investigates the blackmail of a U.S. Senator, agents Riley O'Neal and Mary "Chip" Anderson don the unwelcome cover of newlyweds to find two kidnapped women and stop the blackmail - and posing as newlyweds to avert a national security crisis is a lot harder than it seems. 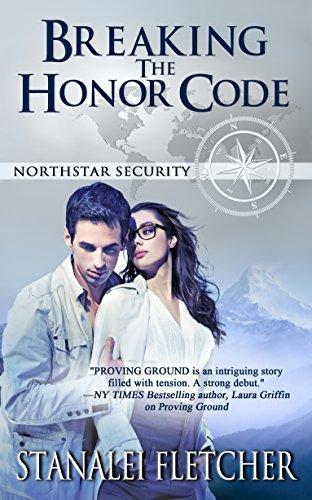 Cyber-terrorism brings even the most powerful companies to their knees. When Northstar Security Firm discovers a breach inside their computer firewall, agent Sloan Cartland will do anything to help the firm's brilliant computer tech, Allison Richards, find the culprit—even after he learns that all evidence of the hack points back to Allison.

Tell It Like It Is
Northstar Security Series Book #5

FBI agent, Nelson Kane's Aunt Rosalee has a story to tell. Someone wants her stopped. When Northstar Security's unconventional bodyguard, Justine Shelby, is assigned as Aunt Rosalee's protection, Shelby learns she's as welcome as a wiretap at the annual J. Edgar Hoover Christmas party. Ornaments start to fly when Shelby informs by-the-book, Agent Kane to stay out of the way while she helps his aunt complete her tell-all memoirs. 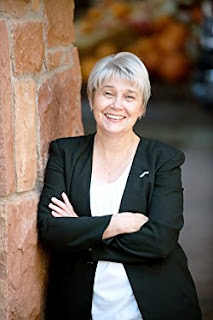 Stanalei’s love of writing romance stems from reading favorites such as Grimm’s Fairy Tales, Barbara Cartland, and Alistair MacLean. She has over twenty years of training in the martial arts and holds the rank of Sandan, a third-degree black belt, in Aikido.

After a taste of life on both U.S. coasts, she now resides near the beautiful Wasatch Mountain Range with her hero, who just happens to be her best friend and husband. Together they enjoy backcountry dirt trails on a RZR, visiting our National Parks, or exploring museums and ghost towns. You may visit Stanalei at: 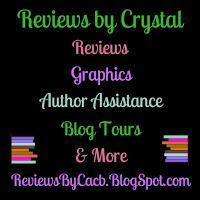 Good luck with the tour, and thanks for being my guest.

Thank you so much for sharing today :)

Thank you so much for sharing your audience today, Lisabet!

Thanks for stopping by, Crystal!