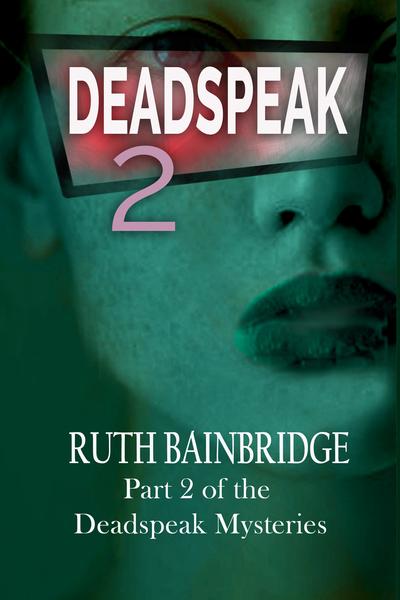 Things look different when you're dead.

It’s Halloween and a group of teens throw a party at Harbinger Falls’ most celebrated haunted estate. It’s all fun and games until a session with a Ouija board guides the partygoers to the body of a young girl hidden in the attic.

Detective Kimberly Trent is assigned the case and quickly discovers that all is not as it seems. First, there’s the connection between the death and a string of petnappings terrorizing the neighborhood. Then there’s the suicide note that only leaves more questions than answers. A visit from Kimberly’s ghostly friend Griff Lindon sheds an unwelcome light. It seems she’s had a run in with the newly deceased who tells her she’s been murdered.

This is the second in The Deadspeak Mysteries. The entries are meant to be read in sequential order and do not standalone. In each book, you’ll find a new murder for Kimberly Trent to solve. You’ll also find the continuing search for who murdered Kim’s sister Elizabeth. Each book will take you closer and closer to finding out the identity of The Hex Killer, the serial killer who ended Elizabeth’s short life. It will also bring you to the heart of the evil that’s come back to life to wreak revenge.

“This reminds me of when I was in summer camp and stayed up all night trying to contact the dead,” Julie Welch commented.

Mia or no Mia, the time had arrived and the Ouija board was placed in the center of one of the folding tables.

“You did that, Mrs. Welch?” Angie asked.

“Of course,” Julie confessed with a giggle. “I lived for those summers, and the camp counselors had no idea what we were up to. They only wondered why we were all so tired in the mornings.”

The atmosphere of the Halloween Party had changed. Ever since the announcement, things went from Party Central, to an eerie, expectant quiet. The music was turned off and the food lined up on the rented tables was bereft of pawing hands.

The six rested their fingers lightly on the planchette. “Remember: no cheating! Understood?” Mrs. Welch warned.

The participants nodded in agreement as the woman with the highlighted blonde hair inhaled deeply.

“Hello? Is there anyone with us?” Julie asked, starting off the questioning.

A soft scrape… and … movement! Infinitesimal at first, the planchette picked up speed.

“What the—” Gen started. A loud moan interrupted the moment.

Fear spread quickly as attendees sprang up from their chairs and readied to run. Another unearthly groan penetrated the air. Angie latched on to Glenn’s hand.

Someone was climbing the basement stairs.

Born in the idyllic, sleepy town of Ithaca, NY, Ruth Bainbridge has been a lover of mysteries for her entire life. 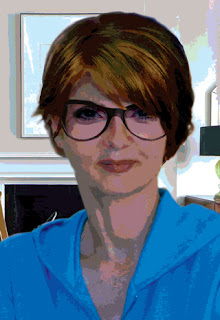 Ever since a child, she has consumed detective stories at regular intervals, becoming enamored with all the superstars of crime. She loved nothing more than to match wits with the likes of Hercule Poirot, Miss Marple, Thomas Pitt, Lord Peter Wimsey, Richard Jury, and Edward X Delaney, becoming inspired by their brilliance. Hoping to emulate her writing idol’s achievements in dreaming up such characters, she started composing her own short stories.

However, life interfered with her plans of becoming the next hopeful to try a life of crime—on paper at least. Devoting herself to her marriage and the raising of four children, the empty nest syndrome gave her the impetus to return to her first love—murder.

The author will be awarding a $10 Amazon/BN GC to a randomly chosen commenter. Use the Rafflecopter below to enter!

Welcome to Beyond Romance, Ruth.

This sounds appropriately creepy for a near Halloween release!

Thank you for offering the opportunity.
A separate and deep thanks for making it explicitly clear that this is NOT a standalone, and that the series should be read in order.

Thank you for the wonderful contest.