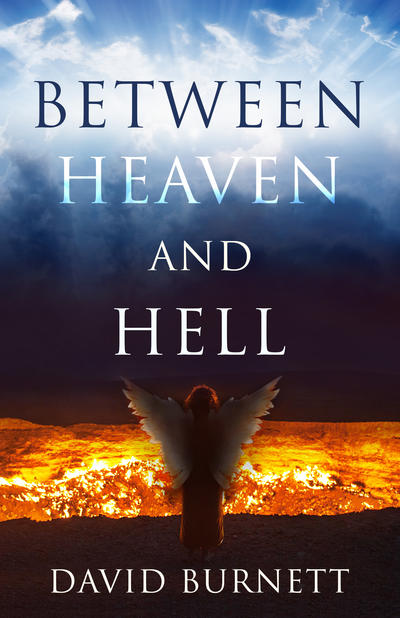 When Adryel follows Lucifer in his rebellion, she loses Ramael, the one she loves, and everything else she holds dear. How can he still love her when, as the Mistress of Hell, she has done more to thwart Adonai’s plan for humanity than all the other fallen angels combined?

“The council is in session,” Uriel repeated as Adryel took her seat. “Each of you will find a book on the table in front of you. As its title indicates, it contains a plan for creation of…well, we’ll see what is to be created. In any case, Adonai wishes to implement the plan, and he solicits your advice and counsel before he proceeds.”

Lucifer flipped toward the back of the book. “On the twenty-fourth page we find an extended discussion of one of these creatures, the one called human.” A look of distaste blanketed his features and his eyes narrowed. “I find the plan for this creature to be most disturbing.”

Michael sat up and leaned forward, resting his forearm on the table. “Why so? What disturbs you?”

Lucifer’s finger ran down the page, stopping halfway. “The humans will have no predisposition to do what is good.

“In the fifth paragraph…The human creatures will be predisposed to do neither good nor evil,” he read, then gazed around the table.

“Our nature is to do good, but the humans will be different. Their nature will be…variable.” As he shrugged, indicating he could be no more specific, his eyes lit up, as if an idea had just occurred to him. An evil smile crossed his face. “Perhaps this will help.”

Lucifer reached into the pocket of his robe and withdrew the wooden disk. “See this disk? On one side, there is an X. On the other, we find an O, a circle.”

He flipped the disk into the air and it landed on the table, bouncing twice, ending with the side bearing the X facing up.

“I mean this…Suppose I were one of these human creatures.” He visibly shivered as he spoke. “Further suppose that I were to encounter a beautiful female…such as our secretary,” he nodded toward Adryel, “walking in the palace garden early in the evening.”

All eyes turned to her. She could feel her face growing warm and she dropped her eyes.

“I do not mean to embarrass her, but suppose I encountered her as I said…what might I do?” He paused, stroking his chin as if deep in thought. “Now, it is my nature to do good, so I would wish her a good evening. If I were human, though, with no such predisposition, what would determine my behavior?”

He tossed the disk again. This time, the large O was visible.

After a long pause, Adryel turned to Lord Lucifer. “In the absence of any other influence, the likelihood of good behavior is one of two. Half of the time you would do good.”

We recently moved to our new home near Charleston, South Carolina. Three of my four books are set in Charleston, and I’ve always enjoyed the Carolina beaches. I now have the opportunity to walk on the beach almost every day and to photography the ocean, the sea birds, and the marshes that I love.

I love photography, and I have photographed subjects as varied as prehistoric ruins on the islands of Scotland, star trails, sea gulls, and a Native American powwow. My wife and I have traveled widely in the United States and the United Kingdom. During trips to Scotland, we visited Crathes Castle, the ancestral home of the Burnett family near Aberdeen, and Kismul Castle on Barra, the home of my McNeil ancestors.

I went to school for much longer than I want to admit, and I have degrees in psychology and education. In an “earlier life” I was director of research for our state’s education department.

David will be awarding a $15 Amazon or B/N GC to a randomly drawn winner via rafflecopter during the tour.

I like this a lot. Very interesting angle. We see the angels and their interactions. I will be picking up a copy. Thank you for introducing me to this story and amazing author.
Orelukjp0 at Gmail dot com

This sounds like a fascinating story. I look forward to reading it. Thank you. aka Becky

Welcome to Beyond Romance, David! Hope your tour is a huge success.