A Rose By Any Other Name (#pseudonym #erotica #lesbian @EmilyByrne) 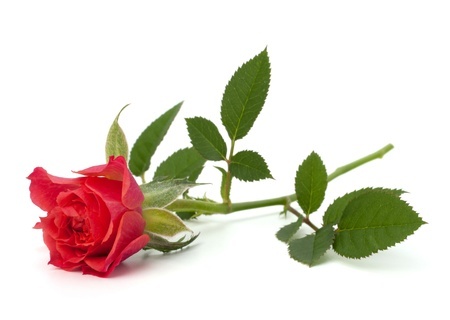 
When I first began writing erotica, I opted not to use a pseudonym. I was temping at the time, Google didn’t exist and nobody really cared what I did in my off hours (AKA: The Good Old Days, more or less). Periodically, coworkers or acquaintances would find out that I wrote and had published work in various genres and they would occasionally bring it into work to have me sign it. It didn’t happen often, so it stayed flattering and fun, right up until it was very much not the book of mine that I would have suggested to that particular colleague at that particular job.

By then, Google was very definitely a thing, as were workplace computer network filters of various kinds and my temping days were behind me. For about three minutes, I sat there and blinked and wondered what to say next. All I could see was a potential HR moment that would not end well for me. I think this is probably a thing that happens to a lot of erotica writers with day jobs: maybe you're not ready for the PTA or work or the neighbors to know what kind of writing you do. Or maybe you'd just rather pick the right time to share your fabulous erotica-writing self. There's a lot to be said for coming out in your own time in circumstances that you can more or less handle.

As it happened, no unpleasantness ensued with my "No, not that one!" coworker, but I went home later on that week and created Other Me, Emily L. Byrne. Honestly, the situation did me a favor, since Other Me should have been around a long time ago for marketing purposes. Like many writers, I write in multiple genres, including erotica, romance, fantasy, science fiction, horror, literary and nonfiction, even the occasional mystery and what I found was that people who weren’t fans of erotica tended to be wary of buying my other work. And, of course, fans of my erotica read my dark fantasy novel about menopausal werewolves and politely yelled at me for months after it came out because there was no sex in it. So marketing definitely played into my decision as well.

As to why picked the name I did, I’ve always fancied the name ‘Emily,' ‘L’ is for the first letter of my last name and Byrne is an old family name, and voila! Emily L. Byrne was born. I did my due diligence and verified that no other writers of erotica or erotica or erotic romance were using the same name. A new (at least to me) writer did pop up soon thereafter with a similar name and genre, which is something to bear in mind when choosing an Other You. You want a good pseudonym if that's the direction you looking to go, but it's challenging to get that balance between unique, findable and odd. I freely admit to not being keen on the more “obvious” pseudonyms, in part because I wanted something that I could be comfortable talking about in the context of my other work. Emily was someone I could live with, someone I could trot out on a writing panel or at an author reading with an breezy "And if you're interested, I also write hot smutty stories as..." and not feel silly.

The flip side of that is building up an equivalent amount of name recognition. I published everything under my own name for over a decade so getting Emily up and running as a recognizable name in a changing genre was a tad challenging to start with. But I'm optimistic that readers are starting to find "Other Me." And with that, here's an excerpt from my new book, Knife's Edge: Kinky Lesbian Erotica.

Hope you enjoy it!

If you do, and you'd like a free copy of the book, just leave me a comment! I'll randomly draw one winner. Don't forget to include your email address so I can find you if you win! 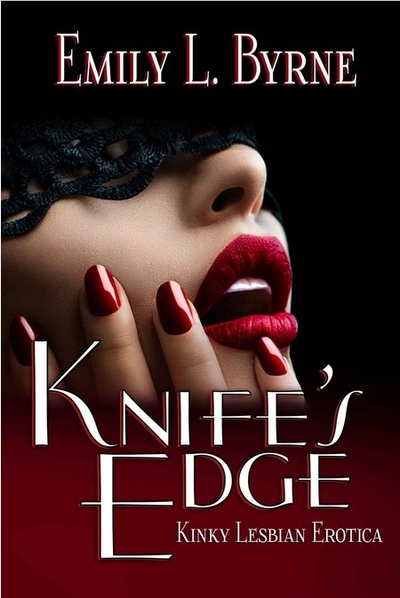 Except from "Reunion at St. Mary's”

Bridget Marie Riordan O’Halloran was depressed. It wasn’t so much that work was insanely stressful, though that was part of it. Or that Vic and all her friends seemed to have forgotten her birthday, though that didn’t help. It was the clipping from the parish newspaper, sent courtesy of her mother, that put her over the edge. Sister Agnes Mercy Byrnes had been taken up to Heaven, or so it said.

From what Bridget remembered of her, she was more likely to be torturing the Devil below than hovering on a cloud above but where she was didn’t matter so much as the fact that she was gone. It was the passing of an era. Sister Agnes had been the terror, among other things, of Bridget’s high school years. It was hard to forget the hours she spent over the years masturbating over her memories of the spanking the nun had once given her in the principal’s office. Imagining those firm hands on her young flesh gave her a thrill even now. She pictured Sister Agnes going even further and pulling down her white virginal panties and…Vic walked in a moment later to find her with her hand between her legs.

“Hi sweetie. Ooh, that looks like fun. What triggered this?” Vic grabbed the little clipping as Bridget jerked her hand out of her pants. Vic gave her a look of pure disbelief. “You’re jilling off to Sister Agnes’ obituary?”

Bridget turned bright red and tried to come up with a good explanation. Then she gave up and went on the attack instead. “You forgot my birthday! Some girlfriend you are.” She crossed her arms over her chest to hide the nipples poking through her shirt. Sister Agnes’ hands had been pretty amazing in that last fantasy.

“I knew you were going to say that,” Vic grinned triumphantly as she dropped onto the couch. She ran one hand down Bridget’s thigh with a possessive pressure that never failed to make her pay attention. “I’ve got a little surprise for you, babe. Kind of appropriate too, given your new ghoulish hobby. We’re going to your tenth high school reunion. My treat.”

Bridget’s jaw dropped. No way. Sister Julia and Father Williams would run them out of Sacred Heart parish at the head of a torch-wielding mob. Vic just didn’t understand how things worked at parochial school. But before she could say a word, Vic had her in a liplock that soon turned to other things. Once Vic was holding Bridget down and pounding her fist into her wet and desperate pussy, going home for the reunion sounded just fine. Besides, it was two months away; she had plenty of time to change Vic’s mind.

But somehow, they never got around to talking about it. Every time she tried, Vic was too busy or was all over her so she gave up, resigning herself to the trip from hell. It would be even worse if they ended up staying with her parents. She just hoped her mother wouldn’t say the rosary over them when she thought they were sleeping again.

Despite all her worries, she did start to wonder if some of her old friends would be there. Monica came out after graduation. That was inevitable. If James Dean was ever reincarnated as a Catholic high school girl, Monica was it. Then there was Mary Eileen. She’d never forget that one sleepover party where they all decided to practice kissing. From what she could remember, Mary Eileen wanted to practice a few other things too, but they’d all been too scared to try them. As for the rest of the girls who ran around with them, well if Bridget knew her budding Dykes on Bikes chapter, they were it by now.

By the time they got ready to leave town, Bridget was pretty much resigned to the trip. It made it easier that Vic was so very obviously up to something. That was usually a good thing. Bridget even resisted taking a peek in the toy bag when she loaded it in the car. No point in spoiling the surprise, whatever it was. At least they were staying at a hotel and not her parent’s, so no matter what, there was a bright side.

Vic wasn’t letting anything slip, though. She was too tired for sex in the hotel they stopped at halfway there, which was weird, and she wasn’t talking much during the drive, which was weirder. Bridget was getting antsy and it brought out the pushy bottom in her. She wheedled, she whined, she sulked; anything to get Vic to do something with or to her. Anything at all. She squirmed against the fabric of the car seat imagining a few of those things. But for the first time in years, Vic wasn’t going for it. She smiled when Bridget pouted and stonewalled when she whined until her girlfriend thought she’d go nuts before they got there.

Emily L. Byrne is a geek who lives in Minneapolis with her wife and the cats that own them. Her stories have appeared in Bossier, Spy Games, Forbidden Fruit, First, Summer Love, Best Lesbian Erotica 20th Anniversary Edition, The Princess’ Bride, The Nobilis Erotica Podcast and The Mammoth Book of Uniform Erotica. She can be found at http://writeremilylbyrne.blogspot.com/ and @emilylbyrne.

Knife’s Edge: Kinky Lesbian Erotica by Emily L. Byrne is available from Amazon, Smashwords and the Queen of Swords Press website in other formats.

Sorry I wasn't here yesterday to welcome you to Beyond Romance. Congratulations on the new release, and thanks for bringing it to my blog!

Wooo I remember reading that story in Sacchi's Lesbian Lust anthology. Hot and awesome, just like this collection sounds. :) My email address is annabeth dot leong at gmail dot com

I'm not entering to win the book. I'm about to order the Kindle format so I can review it as a verified purchaser. Fun times.

What an interesting article. I hate that people are so judgmental. You should be able to write what you like under whatever name you want. The same with reading.
smg5775@yahoo.com