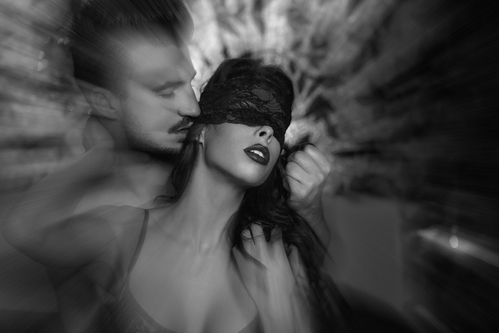 I put on the terry robe hanging in the closet, pocketed the miniature flashlight I always keep in my bag, and crept along the carpeted hall and down the stairs on bare feet. The silent house welcomed me.

The library door was ajar. Remembering the mahogany desk, I slipped sideways through the opening into the room. Inside, it was black velvet. Cautiously, I turned on my light and swung it around the room. One of those paintings might well conceal a safe. But first, the desk.

Picking the lock took me about thirty seconds. There were three drawers. Quickly but methodically, working hard to control my breathing, I examined their contents.

Drawer one was uninteresting in the extreme, just stationery and office supplies, meticulously organized. There was a gorgeous silver letter opener, probably an antique, which tempted me briefly, but then I reminded myself of what I was really seeking.

The second drawer held files, mostly financial records. Would any of this link him to illegal activities? I also found a small leather-bound notebook. I flipped through the pages of cryptic entries, initials, dates, times, in various colored inks. Definitely suspicious. I slid the book into the pocket of the robe.

The third drawer held only a thick manila envelope, secured with a black ribbon. I held my breath as I undid the ribbon. This could be it, just the size to hold photos or a camcorder cassette...

There was a photo inside. But not of me. The woman in the image had the delicate features of a Botticelli Madonna. (I did learn something from the nuns at Saint Theresa's, even if they thought I was irredeemable.) Chestnut curls tumbling over her shoulders, china-blue eyes brimming with intelligence, full lips curved into a half-smile that threatened to break into laughter. Who was she?

The bulk of the envelope contents consisted of two bundles of letters, the pages in one bundle penned in a bold black script, the other in a lighter, more flowery hand. I itched to read some of them, but I knew I didn't have the time. Once again, this was not what I needed to find.

As I held the envelope open to replace the letters, something shiny rolled out and landed silently on the rug. My pulse quickening, I bent to retrieve it.

In the light of my flashlight gleamed a woman's wedding ring. On a hunch, I shone the light inside. "To Olivia," the inscription read, "with my eternal love". Didn't sound like the sort of thing my urbane and ironic host would write, but then who knows? I dropped the ring back into the envelope, retied the ribbon, and carefully replaced the package where I had found it.

Well, if not the desk, perhaps I could locate a safe. I had to stand on my toes to reach the first painting. With infinite care, I nudged it aside to look behind it. Nothing but blank wall. Disappointed despite myself, I moved on to the next one.

All at once light flooded the room. "You won't find what you're looking for there, my little cat burglar." I blinked, temporarily blinded, and whirled around to face the mocking grin of my host. "I know better than to keep something that valuable in the same house as you."

Aslanyan had crept into the room on feet as bare as mine. His torso was bare, too, above his drawstring pajama pants. I fought with myself to avoid staring at his semi-nakedness, the rich olive hue of his skin, the tangled black forest of hair on his chest.

I licked my lips. My breath was ragged. My heart hammered against my ribs. My nipples ached whenever terry cloth brushed across their swollen tips. Once again, my traitorously wet pussy threatened to spill over and reveal my weakness.

Then he was towering over me, pinning my arms behind me, his warm, damp breath in my ear. "I knew that I shouldn't trust you, Blaine."

"What do you expect?" I struggled against his grip, but I might as well have been back in the handcuffs. "You kidnap me. You threaten me. Don't I have the right to look out for myself?" I glared up at him, trying my damnedest to look formidable. "Anyway, I didn't take anything, though heaven knows there's stuff in here worth a fortune."

He searched my face as though seeking confirmation, his smile leeching away. Abruptly he released me and turned to the desk. He pulled out the bottom drawer. "I left this locked..." He glowered at me, clearly upset.

"I was looking for the photos and videotapes. What do you think? Look, if we're going to be partners, it has to be on an equal basis. Free choice and all. Give me the dirt you have on me, and then we can talk about your scheme, whatever it is." My wrists were still sore from his grasp. My cunt throbbed. I was trying to sound rational, but really I was begging. And not just for the tapes.

"Did you look inside the envelope?" He seemed to be ignoring my plea.

His gaze skewered me. I nodded. "But I didn't read any of the letters." He closed his eyes, as though in pain. "She's lovely," I added softly.

There was desperation in his eyes. He stared down at the carpet. "Lovely, yes. She was indeed lovely."

"Was?" I knew I was treading on risky territory. "Did she die?"

When he returned his gaze to me, his face was a mask of agony. "Die? No, she didn't die. As I told you, she was stolen."

"By a man I called my friend." No wonder he was so detached, so guarded. A flash of pity arced through my body, followed by a bolt of lust. It seemed to illumine the room. Avram looked at me, no, looked through me, his fists clenched.

I took a step in his direction, drawn by his intensity. "So now, you want revenge, right? Do you really think she's worth it?" I deliberately provoked him, wanting that passion of his turned in my direction. "Give her up, Aslanyan. You shouldn't hold on to someone who betrayed you."

Avram seemed to wake from his trance and finally to see me. "Is that so? And who should I hold on to? A deceiving little minx like you?" He took a step toward me, roughly dug his fingers into my shoulder. The robe fell open, and I shrank backwards despite myself, shaking with mingled fear and desire. I couldn't hold his gaze.

I could feel the heat radiating from his bare flesh. I could feel the challenge of his dangerous, provocative smile. For a long moment we hung there, transfixed, silently taking each other's measure. Then he lifted me up, threw me over his shoulder and carried me up the winding staircase.

I didn't struggle. I didn't want to. Absurd visions of Scarlet O'Hara and Rhett Butler ran through my head. I expected him to throw me on the mattress, bind me to the posts, tear off my robe and ravish me. Okay, I admit, I wanted him to do that.

Instead, he positioned me gently at the edge of the bed, parted my thighs, and brought his mouth to my sex.

His nimble tongue and muscular lips vanquished me in a way that his cock never could have. I opened myself to his hot, wet strokes. I writhed and twisted, gripping the bedposts until my fingers cramped (though of course I didn't notice at the time). I screamed loudly enough to wake the neighbors, in a less exclusive area. Again and again, he brought me to the edge, then coaxed me over.

No pride, no shame, no fear: Blaine Ford, née Bridget Flanagan, allowed herself to be pleasured until she was limp and sore and closer to heaven than the nuns would ever have believed.


Only then did he strip off his pajamas and reveal the granite erupting from his hairy crotch. I thought my lust was spent, yet it roused again at the sight. He slipped into my soaking, swollen cleft as smoothly and softly as I would slip a hand into an unguarded pocket. His slow, steady rhythm hypnotized me, until I felt drunk once again, dizzy, hovering in a sweet delirium.

When he finally grew urgent, though, pounding me with all the force in that muscular body, I answered him, met him thrust for thrust. And when we came together, at exactly the same moment, I found myself laughing out loud in sheer delight.

Come back tomorrow for the end of the story!