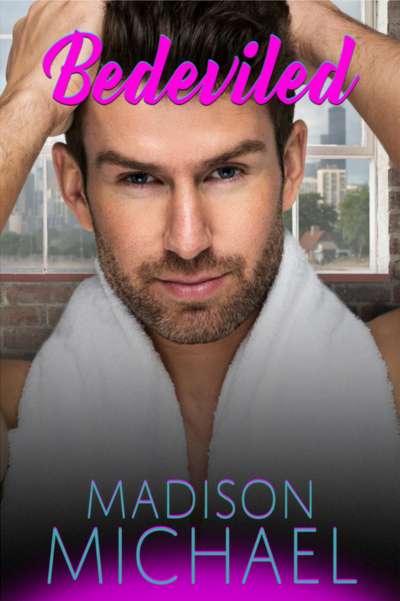 My thanks to Lisabet for hosting me today. It’s a real pleasure to be here.

After I finished the second book in the Beguiling Bachelor series, Beholden, I took a long vacation, enjoyed the holidays, and soon two months had gone by and I had not written a word. Time to get back to work.

So I sat at the computer but nothing came. Nothing. Day after day, Nothing.

We all have those days, or weeks, or months

Writer’s Block is nothing unique, of course. The famous author Joyce Carol Oates is quoted as saying “I don’t think writer’s block exists really. I think that when you are trying to do something prematurely, it just won’t come.” This from a highly prolific writer who probably never missed a deadline in her life.

I self publish, so my deadlines are completely self-imposed. I wonder often if that makes this process easier – after all no one is breathing down my neck – or harder. I am known to crack the whip on myself much harder than I would on others.

I think of Hannah Ford, best-selling author whose “Because He Owns Me” and “What he Wants” sagas spanned 22 books and 10 books respectively and are still going strong. Ms. Ford published her stories as frequently as 6 weeks apart. Granted, they are generally shorter in length than my Bachelor novels, but they are also top selling, compelling stories and her readers clamor for more. I needed to channel her energy for a while.

I wrote two prior novels in this series, plus a prequel, so I thought I knew my characters inside out. But, I was still heavily invested in Randall and Sloane from Beholden. They were dear friends now while Alex and Charlotte were just acquaintances. My new characters were people I had alluded to in prior books, but never take the time to get to know.

So I went back to basics. I interviewed them. I stopped to understand their fears and secrets , what motivated them. I asked myself more about how they lived day to day because for me, plot always follows characters, never the reverse. When I know my hero, I know how he will behave and what actions he will take. When I know my sassy leading lady, I know how she will react to a caress, whether she will make the first move on her handsome millionaire or wait for him to pounce.

I figured out if Alex looked like Ryan Reynolds or more like Ryan Gosling. I will give you a hint: it’s neither. Was Charlotte more Kim Kardashian or Kim Bassinger? Neither again, but you get the idea. I documented their lives, clipped pictures of their homes and clothes from magazines, even sketched a few floor plans for Alex’s luxurious condominium. I got acquainted with them – intimately acquainted.

I know how he kisses, I know how she likes to be touched. I remember how they met and their instant attraction. I know now he has a quick mind, and she can be a little too independent. They are three-dimensional characters to me finally.

Once I knew them, the words flowed, and flowed. And so, today, I am able to offer you the third book in the Beguiling Bachelor series, the newly released, Bedeviled, starring Alex and Charlotte.

Want to get to know the Beguiling Bachelor characters better too?

Four lucky winners will win all three ebooks in the series, Bedazzled, Beholden and Bedeviled. Use the Rafflecopter widget at the end of this post to enter!

Charlotte is on the run...

Charlotte Roche escaped dangers lurking in Boston by accepting a job in Chicago. A new name, a new beginning - all built on lies. Thinking she is safe, Charlotte drops her guard and sets her sights on her ruggedly handsome and wildly sexy running partner, Alexander Gaines. Can she advance their relationship from the track to the bedroom and still maintain her charade, or will Alex's probing questions pierce her carefully rehearsed story?

Alex, with unrevealed secrets of his own, struggles to hold the irresistible Charlotte at arm’s length. But when Charlotte sustains a suspicious injury, Alex seizes the opportunity to cuddle up to the sassy beauty. Does he dare risk his reputation, his fortune, his friends, and his heart?

With exposure imminent, they appeal to their friends for help. Join Alex and Charlotte, along with characters you’ve met and loved in “Bedazzled” and “Beholden”, as they tackle the maze of half-truths and cover-ups threatening the lovers.

How can they build a bond with deceit on both sides? With malevolent forces advancing, is their love Bedeviled?

This is the third book in the Beguiling Bachelors series of steamy contemporary romances.

“You look so beautiful,” he told her in a husky voice. “I have been wanting to do this all night.”

His head lowered to hers, pulling her close against him as he leaned back until all her weight was leaning on his and she had no choice but to twine her arms behind his head or the tree trunk. His lips captured her slowly, softly pressing against hers. One hand rested low, on the curve between her back and her behind. The other came up to tangle in her short hair, holding her head still as he deepened the kiss. His lips demanded response, plundering her mouth with his tongue. He tasted of expensive wine and Alex as his tongue explored the recesses of her mouth, hot and insistent. Her breasts were flattened against his rock-hard chest, her hips tight against his as he held her to him.

When he lifted his head, shadowed by moonlight behind him, Charlotte was unable to read his expression. Unsure and unsteady, she waited, catching her breath. Blood was coursing through her veins, hot and urgent. Her heart was pounding from just one kiss.

“God, I want you,” he rasped, the words torn from him, raw and insistent before he dipped his head to kiss her again. She returned the kiss, opening her lips to his insistent ones, entwining her tongue with his, increasing the pressure against his mouth as she ran her hands up into his hair. She held fast, feeling his hand move from her hair to the nape of her neck, down along her bare arms, tracing a pattern there with his fingers. The feel of his hands on her skin was warm, strong and sure. She had longed for his touch and now desired it everywhere.

Alex lifted his head reluctantly. “If we don’t get back in that car now,” he told her, his voice hoarse with longing, “I will not be responsible for my actions.”

He lifted her away from his body. She felt bereft without the solid warmth of him hard against her. He opened her car door and closed it again, without allowing her inside. Instead, he pushed her gently against it.

“Sorry, I can’t make it home without one more.” Alex took Charlotte’s mouth in a searing kiss that took her breath away, sucking her lower lip into his mouth then sliding his tongue over it and into the moistness of her mouth. He kissed her senseless until she would have happily made love there in the sand, and the world be damned. She wanted this man as she had never wanted anything before.

Charlotte kissed him passionately, running her hands up and down his muscular back as she tightened her hold on him, wanting to get closer, to feel his bare skin, until finally they mutually agreed to some restraint.

“Jeez,” he stated with a rough chuckle, “I hope there are no cops out, cause I am planning to break speed records getting you home.”

For Kindle: Amazon
For Paperback: Createspace
For iBooks, Nook, Kobo and other outlets: https://www.books2read.com/u/mZw6Ye 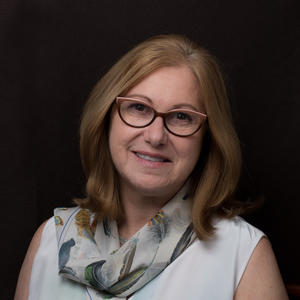 Madison Michael, a native Chicagoan with a background in IT, is the author of two other “Beguiling Bachelor” novels. Bedazzled is set among the art fairs that flavor Chicago summers, and Beholden spans the glamor of lakefront houses and the glitter of downtown. After living in New England, the southeast and California, Maddy loves paying homage to her Midwest roots.

Madison, a member of Romance Writers of America, lives in Evanston IL with her feline editorial assistant and a great view of the Chicago skyline. When she is not writing, she binge watches TV, binge reads novels and binges on Chicago’s famous cuisine.

Welcome to Beyond Romance, Madison!

I like your method, though I doubt I'd have the patience to use it!