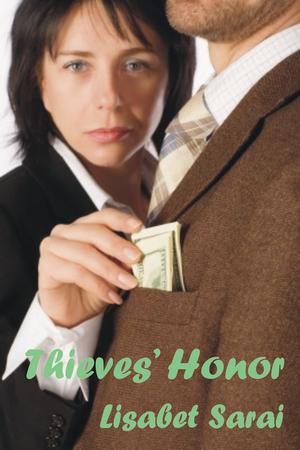 I am away this week, but I didn't want to leave you without entertainment. Hence I decided to serialize one of my older stories. I'll post the first part today, then continue tomorrow, through Saturday.

Let me know what you think. There will be a quiz and giveaway on Sunday!

Two heart beats and his wallet would be in my pocket. I almost could feel it there already, butter-soft leather, bulging. I took and held a deep breath, felt my heart slam against my ribs. With infinite care, I began to slide my hand out of his trousers.

"Not so fast," came a whisper. Fingers tightened in a vise around my wrist. I released the wallet and let my hand go limp. His grip did not relax. "Come here."

In the crowded subway car, packed with weary commuters, no one noticed how he pulled my body to him, my back tucked against his chest. No one heard him as he continued to speak softly, his breath ruffling my hair.

"I'm afraid you're caught, my little pocket picker. Red-handed, as it were."

"I'm sure that you can endure it for a station or two, Blaine."

"I've been following you. Studying your technique."

A shiver ran through me. Was he some kind of crazy stalker? Worse, was he a cop? I stole a quick glance back at him. Craggy face, wild black hair, expensive clothes. He didn't look like a cop. He was smiling, a calmly superior smile that infuriated me. I struggled, trying to break away. He only grasped my wrist more tightly, his arm wrapped around my waist.

"I'd suggest that you don't make a scene, Blaine. I'm sure that you would not want me bringing you to the attention of our fine men in blue."

So he wasn't a cop. That was a minor relief. Then I gasped as I felt my captor's other hand raising the back of my skirt. I couldn't believe his brazenness. He stroked my ass cheeks through my panties. I wondered if I should scream. I was standing with legs apart, braced against the movement of the train. It was all too easy for him to slip a finger inside my underwear and bury it in my cunt.

I arched my back, spasming around his hand. I couldn't help it. He chuckled under his breath, and inserted a few more digits, wriggling them inside me. Damn him, I thought, trying without success to hold still. I writhed against him, hating the spurts of pleasure he wrung from my body. Hating my own weakness, cursing my own smugness. I must have let down my guard, too sure of myself and my skills. How else could he have tripped me up?

His fingers rifled through my folds with the same dexterity that I had used rifling his pockets. "You're very wet," he whispered close to my ear. A hot blush crawled up my cheeks. "It's a turn-on for you, isn't it, stealing? The delicate, deliberate approach to the mark. Like foreplay. Your smooth entrance into his trousers, penetrating his defenses. The tension builds as you adjust your position, preparing for the final assault. Then the rush, the supremely sensual moment when you take possession of his treasures."

As he spoke, he reached forward between my sticky thighs and caught my clit between two fingers. He began to squeeze it rhythmically as he continued his discourse. I felt a climax coming from afar, swirling like a hurricane in my depths. He must have felt my insides quiver. He fell silent, manipulating me furiously.

I fought the orgasm, fought with every ounce of my will to rob him of that conquest. Much as I craved satisfaction myself, I could not bear that he should have power over me. We swayed there, on the peak, bodies packed together by the press of uptown commuters around us. Me, gritting my teeth, muscles taut, trying to ignore the fire between my thighs. My jailer, breathing a bit heavily himself, with all five fingers inside my sopping underpants, diligently working to bring me off.

I was a hair's breadth from the breaking point, when he suddenly removed his hand. My cunt was an aching, hungry emptiness. My clit felt as though bees swarmed all over it. I was hornier than I had ever been in my life, but that did not overwhelm my triumph. At least he hadn't won.

"Here's our stop," he said, pulling me toward the door. Throughout the whole scene he had not relinquished his hold on my wrist. In a moment we stood on the platform, while the crowd flowed around from us. I looked around. 72nd Street. I heard a metallic clink. Cold handcuffs replaced his warm grip. He snapped the other cuff onto his own wrist.

"Do you always carry handcuffs?" My voice sounded defiant in my ears.

"Only when I'm on the trail of a master criminal. Come on, we have a ways to go yet."

Continued tomorrow!
Posted by Lisabet Sarai at 3:00 AM

Thanks for dropping by! Keep reading then enter the quiz on Sunday!