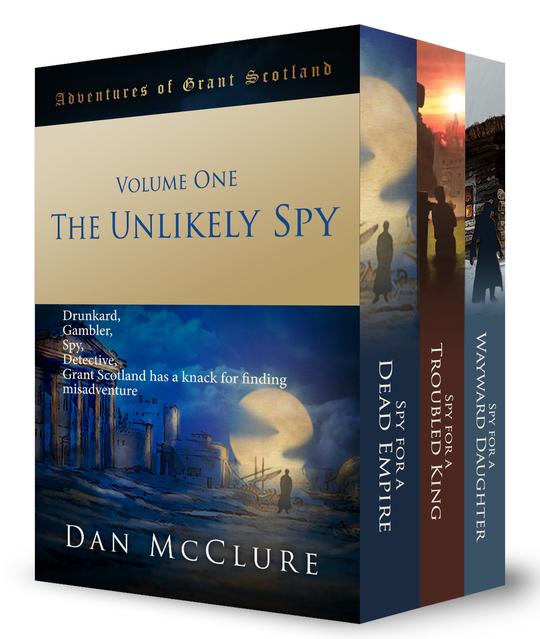 You’re never going to be understood by everyone all of the time, let’s just get that out of the way right now. And of the ones that understand you, only about half of them are going to like what you say, if you’re lucky. And of those people, only a fraction are ever going to be bothered to let you know what they think about what you have to say. So, of everyone who could possibly ever leave you a review of your writing, only one half of one half of a fraction of a percent will ever do it. Don’t bother checking that math. I’m pretty sure it’s right.

So, my point is that I’m grateful for every review I get. I never comment on any of them. It’s your review and you have every right to express your opinion about my work. After all, I released it to the public with the very expectation that some would love it, some would hate it and most would be somewhere in between (hopefully more on the love side, of course).

Some critical reviews will be silly but some will raise some interesting topics to think about. Take for instance a point one reviewer raised in one of my Goodreads reviews. She seemed to like the book, mind you, so it wasn’t a bad review, just a “meh” one. She said the one thing that distracted her was my use of the “modern voice” in a fantasy setting. I fully respect her tastes and understand that my narrative voice isn’t for everyone, so I have no problem with her review. Her observation does, however, raise a point that has always bothered me about fantasy literature; the conspicuously uniform narrative style used by most fantasy authors.

The ones I grew up reading, as well as many today, like to use a late 19th century American or Victorian voice for most narration and then throw in a smattering of Elizabethan terms during dialog to achieve some sort of pseudo-medieval… errrm… sound, I guess? And this is somehow supposed to be the “authentic” fantasy voice? I’m not sure why this is so or how it got started (might be a fascinating thesis paper for all you English Lit majors) but it isn’t at all an actual medieval voice. First of all, such a voice would be called “Middle English” and second of all it is utterly impenetrable. Have you ever read Chaucer’s Canterbury Tales in its original text? I have. It’s a foreign fucking language.

So, to me the use of narrative voice for fantasy books has always seemed to be up to the author’s whim. This is as it should be. It’s a fantasy world, after all. It isn’t historical fiction. Even if it was, a reader couldn’t read an authentic voice from classical/dark/medieval ages. We can barely read texts from Shakespeare’s day. Know why we can read texts from Shakespeare’s day and not before? It’s because he invented the language we speak today. It’s called “Modern English.” OK, maybe he didn’t invent it, but he was the first author of his generation (that I know of, anyway – literature was never my focus) to write how people actually talked.

After him, you can largely trace the great writers of following generations because they also bothered to write how people actually lived and spoke in their own times. In our current generation, it’s impossible for me to say for certain at this point. Maybe that’s too difficult a task to accomplish for your own generation. Maybe that’s a question for the ages. But, if I could switch mediums simply to illustrate a point, I might say Quentin Tarantino would be a good example in film/screenwriting. But, please, don’t tell him I compared him to Shakespeare. His head is big enough as it is.

In his writing, we see an honest approach to conveying how people in our everyday lives live and speak. Even if these people are heroes and villains of extraordinary proportions, they still engage in the same common struggles and conversations as the rest of us. Hitmen discuss the vagaries of human relationships, a man and a woman deflect sexual tension by talking about the price of a milkshake, etc. Great authors, in my opinion, invite everyone into their writing by mirroring the way they perceive the people around them talking and acting everyday. It’s the people who are alive you have to talk to, not the dead ones.

I guess that’s one reason why I chose such a “modern voice” for my Grant Scotland novels. Another reason was simply as an homage to noir detective novels. I realize it won’t be a voice everyone will be drawn to, but I’m hoping it will help more people, authors and readers alike, realize that there is no “authentic” fantasy voice. The only authentic voice is your own. 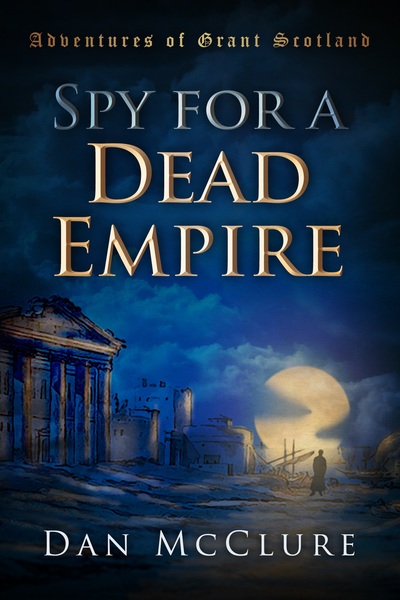 Spy for a Dead Empire
(Adventures of Grant Scotland, Book One)

AELFA, THE GRAND CAPITAL of the once mighty Aelfan Empire, has fallen. Barbarian war parties and nomadic tribes harass the retreating and broken legions that once overawed them. All that stands against them now is the city of Zyren, the last bastion of Aelfan rule.

Acting as a spy for Zyren is Grant Scotland, a man leading a double life because his own had been taken away from him by the very people he serves. An unwilling recruit into the business of clandestine missions and deceit, he searches for anything real to cling to as the world around him devolves into insanity. And when an old friend shows up asking him to help save his family by delivering a mysterious book to a shadowy figure, Grant's two lives collide and he is thrust into an even stranger world than he had known; one where ancient magic is wielded by deadly players who compete against one another for a prize greater than simply the rotting carcass of a dead empire. 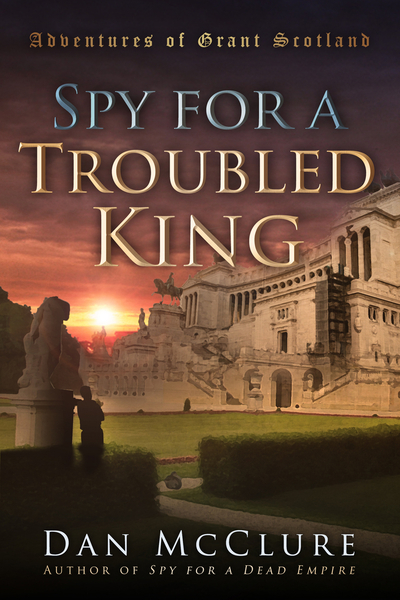 AMONG THE ASHES of the mighty Aelfan Empire, the House of Gregyan seeks to forge a new kingdom—one where both Huthan and Aelfan alike can prosper. But old prejudices and ancient traditions and an exiled enemy threaten the peace. Caught between compassion for his home and allegiance to his fallen empire, Grant Scotland finds himself trapped in the turbulent machinations of enemies and friends. As he works to uncover mysteries about his father’s treachery and confront new threats to his future, he moves perilously close to revealing his identity and losing everything. 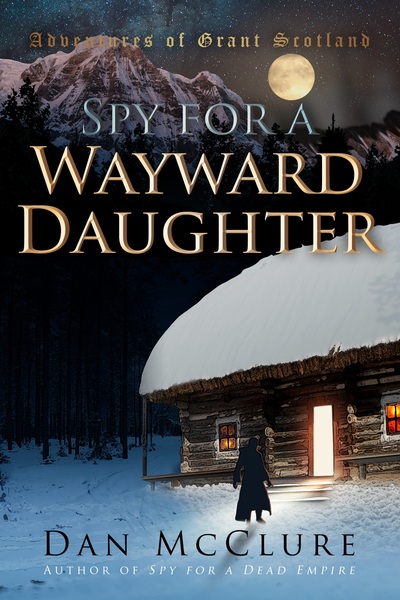 AS THE GREGYANS MARCH TO WAR and his handler takes a trip to Zyren, Grant Scotland, spy errant of the Aelfan Empire, gets ready to pursue a lead on finding a man who might be able to tell him the truth about his father's treason. Old friends, new enemies and hidden dangers soon confront him on his quest, but when he enters the dark world of another family's intrigue, he finds that not even the frontiers of the Aelfan Empire are far enough away to escape the dangers of fortune and fate. 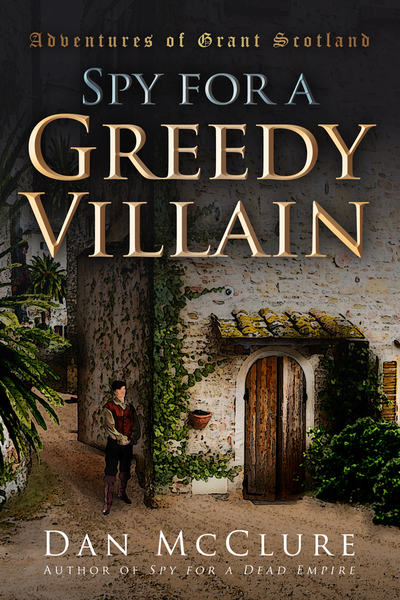 RACIAL TENSIONS IN AELFA simmer and threaten to boil over when the harbormaster is found dead and the Huthan oppressors threaten to crack down in the Lower Docks. As Grant Scotland finds more questions than answers in the journals of Berthul Magnussen about his father’s treachery, he is drawn into a murder investigation, a kidnapping plot and the nefarious machinations of the city’s biggest crime lord—Mr. Quinn. In order to stop Quinn’s plans and save the city from being thrown into open revolt, Grant prepares to take his biggest gamble yet.

The Unlikely Spy
(Adventures of Grant Scotland, Volume One)

The Adventures of Grant Scotland series is an entertaining mix of fantasy, mystery and espionage featuring a hero whose many faults provide almost as much challenge to him as the formidable obstacles he must face as he attempts to impose sanity upon a world rapidly descending into chaos. Collected in this volume are the first three books in the series: Spy for a Dead Empire, Spy for a Troubled King and Spy for a Wayward Daughter.

From Spy for a Greedy Villain (Adventures of Grant Scotland, Book Four)

I gave him a brief recap of my espionage activities over the past few months, which included reports on the growth and temperament of the One God followers, the coming and going of any Huthan notables and the operations of Doogan and Quinn. At last I followed up with a summary of the harbormaster investigation and finished with the discovery of a ghost in the Lower Docks.

“There’s no such things as ghosts, Scotland.”

“I know, but I haven’t worked up a better nickname for him yet.”

“I’m sure you’ll think of something. I have every confidence in your ability to accomplish inane tasks of trivial importance.”

“Everybody has to be good at something.”

“And while your limited mental capabilities will no doubt be severely taxed in that endeavor, I’ll do some checking into what could make a man entirely concealed in plain sight.”

“You mean invisible. You can just say invisible.”

“Were I interested in being as lacking in attention to details as you, I could use the word invisible, but luckily for the both of us I am not. Complete invisibility is impossible. Not even the greatest Aelfan wizards were ever able to accomplish such a feat. But, there are several ways a man can remain unnoticed. Take me for instance. For the eleventh time in a row you failed to spot me before I spotted you.”

“How am I not surprised you’ve been keeping score? At any rate, he didn’t sneak up on me, I’m telling you I looked right through him.”

“Except his boots. Unless in addition to invisibility you also believe in the existence of a sentient pair of boots?” 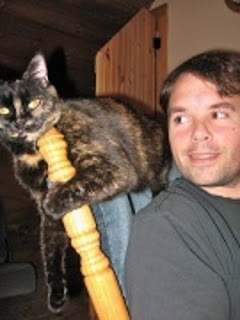 Writing stories infused with the smoky charisma of classic film noir mixed with the pulse-pounding excitement of adventure fantasy and the cagey class of suspenseful espionage, Dan McClure brought the best parts of all of our most cherished pulp together and added his own signature brand of wit. He currently lives, writes and works in and around beautiful and historic Arlington, Massachusetts.

I can be reached at

Sign up for my newsletter on my blog at
https://dmcclure17.wordpress.com/

I remember they made us read the Canterbury Tales prologue in the middle English in high school...

Thanks for featuring my books and good luck to everyone in the giveaway!

Thank you for the excerpt.

All of the books look fantastic.

What a wonderful post that Dan has provided. I have often wondered about this cumbersome voice fantasy writers seem to like to use. Why? This is fantasy. Why do I have to wade through often incomprehensible language? What is wrong with understandable English? One of the huge reasons I don't often read fantasy. I will be looking into Dan's books. I like the very idea of Sam Spade goes meeting Hobbits. Thank you. aka Becky Parsons

I'm looking forward to reading this series - thanks for sharing :)

Thank you for the great excerpt and wonderful contest.

Thanks for hosting the giveaway. It looks like an interesting read. I hope that I win. Bernie W BWallace1980(at)hotmail(d0t)com

I really enjoyed reading the excerpt. Looking forward to checking out these books!

These books look wonderful. Thanks for hosting this giveaway.

I really enjoyed the excerpt. Thanks!

The covers for all of these books are amazing. Love them all!