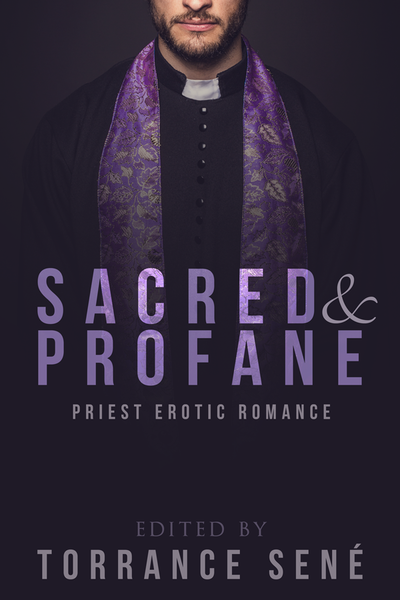 Are you aroused by the blasphemous dance of sex and religion? The dangerous edge of eroticism contained within submission to something beyond oneself? The taboo juxtaposition of holy and sensual? Then Sacred and Profane welcomes you.

His Undoing by Piper Denna

Shasta has a face Pastor Luke cannot resist. Out of all the parishioners, he spends the most time thinking of her. One night, the virgin preacher finds himself unable to escape the temptation that is her, and it turns out she too needs to be alone with him.

Father Yorke never expected his faith would be tested in the form of Good Samaritan Abby Lewison. But when she comes to him in need of guidance, her desires become his own and blasphemy is embraced.

Burdened with the sins of his parishioners, Father Granger’s spirit and soul are heavy and listless. His salvation lies in an old skeleton key left to him by Father Brennan. Through an otherworldly and taboo encounter, Granger discovers even priests deserve absolution.

Against her better judgement, Prudence bares her soul in the confessional. But when past and present collide in the form of Father Thomas, she finds herself completely exposed and longing for for more than a few Hail Marys as penance.

Morgan only goes to church to occasionally placate her mother. On her latest visit, she meets Pastor Buchanan can’t resist pushing his boundaries—and those of his parishioners—with her sex-positive attitude. Through Morgan’s mischief, the pastor soon learns more about his own body’s wants and needs.

After learning about Mary Beth from an inmate he ministered to, former Russian criminal-turned-priest, Father Aleksei discovers his true calling in life: protecting her. Forsaking the priesthood, he comes to her rescue and shows the young woman how all-encompassing love can be.

Succumb to Temptation by Jordan Monroe

After stepping away from his former life as a Dominant, Father Michael joined the priesthood to find solace and meaning. Instead, he is drawn to Claire and her enchanting soprano voice. She stirs a yearning in him he thought he’d left behind.

Father Daunté Bennifetto never expected to find the one who got away, but there she was, dancing at a strip club. The Sin Bin. He was sent to bring her back to righteousness, but the Lord works in mysterious ways.

Down on My Knees by Jillian Boyd

Opened and awakened to the earthly lust that lie within her, Sister Josephine is unable to move on from her desires and the priest who stirred them in her one night. When they meet again, will either be strong enough to escape their attraction? 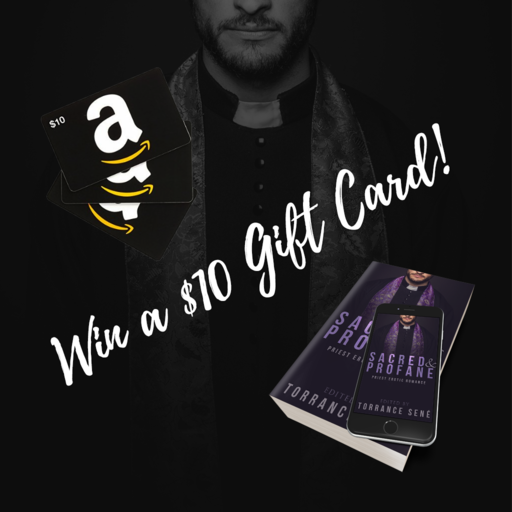 A NOTE TO BOOK REVIEWERS

Thank you so much for hosting the Sacred & Profane Antho!