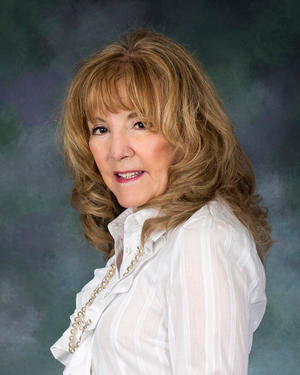 In show business, often the director says: Picture this. And so I begin with the same words to you, new friends. Take me as I am for I am a writer just like you except I traveled this path later in my life than most of you. Here’s a brief introduction first so we may be acquainted.

In my early life, I was the good daughter, the good wife, the good mom of many children as my pilot husband flew for the Strategic Air Command during the Korean Conflict. Eventually we became civilians and one day when my youngest only daughter turned sixteen, an actress friend suggested I drive to New York City and spread my wings as an actor. I had been in many Community theater plays but never entertained a career before. My husband drew a small map on how to get to the city and fearlessly I went.

Soon I became a small fish in the big talented pond. Daytime drama was my first venue, shows like “One Life to Live” for twelve years, “All My Children” (in and out of this one), “Another World”, two steady years.

Things moved fast in the big city. We lived about thirty miles north, no biggie to drive back then. Soon offers for movies came in and I was in “Working Girl” sharing a hot dog with Harrison Ford during a break after singing Happy Birthday to Melanie Griffith while handing her the cake; meeting the charming Anthony call-me -Tony Hopkins who treated me to dine with the stars that day-one month on that movie; “When Harry Met Sally” for a week where I met Carrie Fisher and we all sang during a break. And many more movies.

I don’t intend to bore you. Sweet time for me. Then I was in a play Off-Broadway. My voice felt way off. I went to a specialist. I quote the words of doom. “My dear, you have Spasmodic Dysphonia. I fear you have lost your voice.”

A friend called with the suggestion: “Write a book.” I said, “I don’t know how.” “But you’ve been memorizing scripts for years and you’ve worked with Mike Nichols, Billy Crystal and good actors so didn’t you learn from them?”

That night I had an idea and wrote and wrote and never stopped until The End. Then I sent out query letters with rejections coming back but actors are accustomed to that. No biggie. And then Vanilla Heart Publishing called me. Yes, they were interested and they wanted more and soon I had a contract. Me with no voice had a contract for a book. I cried! Oh yes, I cried.
So you see, it can happen to you. Just keep writing, have faith in your work and yourself. And remember what I said and did.

Thanks, Lisabet. My best to all of your readers. I so appreciate this special moment on your blog.

Here is what’s called ‘Breaking News.’ My publisher just sent me the cover reveal of my latest story. Title: Chef’s Surprise! And now it’s released. Chef’s Surprise is my twenty fifth book. This author is excited.

Introducing Chef’s Surprise, my new book in all e formats listed below: 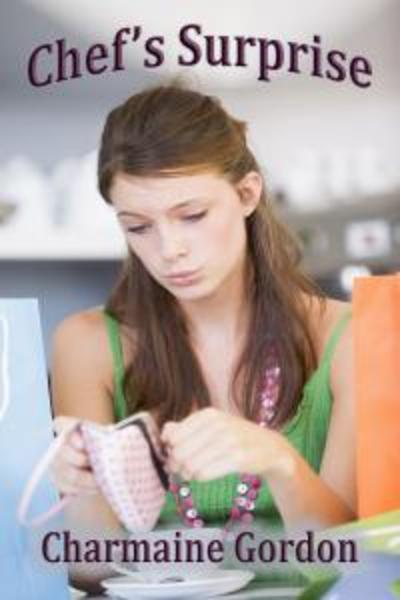 Chef’s Surprise
By Charmaine Gordon
One night, she ran. For the bus to freedom and a new life. She had a plan, and a small box of cash.
With grit and determination, the young girl learned more than lessons at nursing college, the first part of her plan.
Someday, she would become a top chef, but for now, she’d claw her way up the ladder.
There is payback for every crime, and sometimes the payback is more than satisfactory.
Grab your copy today!
Nook
http://www.barnesandnoble.com/w/chefs-surprise-charmaine-gordon/1125529990?
Kobo
https://www.kobo.com/us/en/ebook/chef-s-surprise
Kindle
https://www.amazon.com/dp/B01N37DGLU
Apple
https://itunes.apple.com/us/book/id1197896581 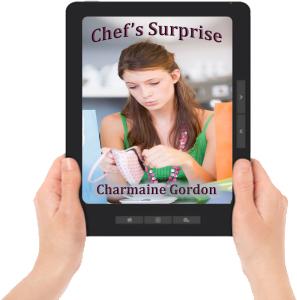 I so enjoyed being your guest. Wherever you are, let's 'do' lunch sometime. What a nutty expression. Cracks me up. Thanks for your patience and kindness to this senior.

Thanks for being my guest, Charmaine. You've had an amazing life. I wish we could "do lunch". Might be tough since I live in SE Asia, but I hope you'll come back the next time you have a release.

One never knows what the future has in store. My youngest son lives in Denmark. He has traveled far and wide, not to Asia as yet, for he is a multi-talented performer and advised me daily with the writing of the latest story. Also he invited me to Berlin, London, Israel, other far countries after my first love passed on, to enjoy his performances with an outstanding company of three men. This is just a sweet glimpse into my life. If he ever travels to your part of the world, I'll say YES!

Looks good! I just finished Starting Over. Loved it.

Thanks, Cara. You helped me big time today. I appreciate the lending of a friendly hand.