Hello and welcome to the fifth day of my blog tour for Pack of Lies, and thanks so much to my host for the day.

If you’ve been following the other posts on this tour (scroll down for the link to the other posts), you’ll know I did rather a lot of research for this book. As a result, there was a lot of planning to do, too! I had to make sense of all the research I’d done, figure out what parts of it were needed, what was superfluous to requirements, how everything fitted together. There was lots to weave into the book—the most complex I’ve written to date—historical elements, contemporary elements, fact, fiction, settings, lies, intrigue, two main characters, lots of secondary characters, romance, hot sex... the list goes on.

Let’s just say it’s a good job I started a new A4 notebook for this project ;) This is not a complaint, I hasten to add. I actually had a really fantastic time doing all the preparation for writing this novel, and with such a complex storyline, it was necessary. It also meant that come November 2013, when I started writing the book, I’d have more chance of getting in the necessary word count each day in order to “win” NaNoWriMo—but that’s for the next post. Fortunately, my epic planning worked, as here I am with a completed and published novel!

Check out the photos on my Pinterest board: http://www.pinterest.com/cw1985/pack-of-lies/

The book has been incredibly well received so far, with lots of four and five star reviews—so if you’re a paranormal romance fan, I hope you’ll check it out! Also, don’t forget to enter the giveaway!

Werewolf brothers Matthew and Isaac have lived in the peaceful village of Eyam all their lives. The villagers know what happens every full moon, and are happy to keep their secret. But their privacy comes at a cost—neither brother has taken a lover in almost four hundred years.

Then at the full moon, a sheep is slaughtered on Eyam Moor, by what could only be an animal. A large, vicious animal. Even the brothers’ staunchest supporters begin to have their doubts. Meanwhile Isaac is smitten by a handsome newcomer to the village, while a vivacious visitor is happy to offer Matthew her all.

As they indulge their lust, they must clear their names and convince their neighbours that they aren’t also letting their baser instincts out to play.

Inside Scoop: This book contains sizzling scenes of both M/M and M/F sex.

As Matthew and Isaac Adams opened the front door to their house, the telephone started ringing. Matthew sighed. “Typical. No rest for the wicked. I’ll answer it, you go and get ready for work.”

Isaac nodded and headed off to do as his brother advised. Matthew, the older of the two, walked toward the ringing phone and snatched it off the hook. Then, remembering that the person on the other end of the line would have no idea what a rough night he’d just had, he made the effort to inject some politeness into his tone. 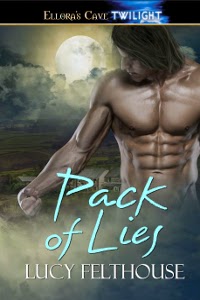 “Hello? Adams residence.” Isaac had told him time and time again that the last part about the residence was old-fashioned, that people didn’t say that anymore, but Matthew couldn’t seem to shake it.

“I, uh… I got a call. A dead sheep has been found up on the moor. Not just dead. Mutilated. Like a wild animal attack.”

An unpleasant feeling wormed its way under Matthew’s skin and his stomach flipped. “Oh?” He paused, then figured he had nothing to gain by not saying the next words he wanted to. “You don’t think it was us?”

The vicar’s gasp was instant, one of genuine surprise. “Lord, no! Absolutely not. I just phoned to let you know and I was wondering if you’d come up there with me and take a look. You and Isaac are probably more qualified than anyone else in the village to tell what did this.”

“Isaac has to work, he just went to get ready. But yes, I’ll come up. I’ll let my brother know where I’m going, then I’ll be straight over. Are you at the rectory?”

Matthew hung up the phone with another sigh. The horrible feeling that had crept under his skin and taken over his gut seemed as if it was there to stay, and it was never a good sign. The vicar’s news was surprising, yes, but he also had an inkling that it was going to spell trouble, or at the very least inconvenience, for him and his brother.

Pulling in a deep breath in an attempt to calm his jangling nerves, Matthew walked upstairs and toward his brother’s bedroom. The door was closed. He knocked. “You decent?”

Stepping into the room, Matthew looked at his brother. He was half-dressed, ready for his shift at the doctor’s surgery, where he was a general practitioner. “Sorry to interrupt, mate, but that was Richard on the phone. They’ve found a mutilated sheep up on the moor, and he’s asked me to go with him to check it out.”

Isaac paused with one arm pushed into his shirtsleeve. “He doesn’t think—”

Matthew cut him off. “No. He was quite adamant about that. He just thought we’d be able to help figure out what did it. I explained that you’ve got to go to work, though. I’m going to head across there now and go up with him.”

“I could phone in, let them know I’ll be late.”

Opening his mouth, then closing it again, Isaac seemed to have thought better of whatever he was going to say. He continued to dress. “All right, I will. But make sure you let me know what happens. Send me a text or something, and I’ll phone you as soon as I have a gap in between patients.”

Matthew grimaced. He hated texting. Hated mobile phones, actually. Technology was one of the things he disliked most about modern-day life, though he realized it was a necessary evil. It solved as many problems for him and his brother as it created, so he dealt with it as best he could. Fortunately, Isaac had always had an affinity with computers and phones, so he tutored his older brother.

“Yeah, all right. I’d better go and find my phone first then, eh?”

Smirking at his brother’s rolled eyes, he left the room and headed for his own bedroom, where he thought he’d left the device the previous night, before he and Isaac had headed for the caves. Immediately spotting the mobile phone—which Isaac often made a point of telling him was akin to a brick—he grabbed it and stuffed it into his pocket and made his way downstairs.

Retrieving his keys from the hook by the front door, he called up to his brother. “I’m going now, Isaac. I’ll see you after my shift at the pub. I’m working until closing time.”

“I won’t.” As if he could forget. The dead sheep was going to be a big thing, he just knew it. The vicar might not think he and his brother had anything to do with it, but some of the other villagers might. When there was no proof either way, just his and Isaac’s word, it was understandable, really. Since he and his brother changed into wolves every full moon, it was a natural conclusion to draw. Particularly since normal wolves had been extinct in England for over five hundred years.

Add to your Goodreads shelves: https://www.goodreads.com/book/show/22756241-pack-of-lies

Check out the rest of the tour: http://www.writermarketing.co.uk/prpromotion/blog-tours/currently-on-tour/lucy-felthouse-11/ 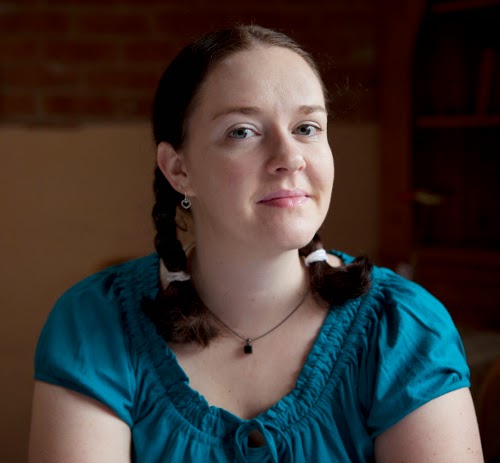 Welcome back to Beyond Romance! This sounds appealing. I especially like the fact that you've been bold enough to break the gender barrier and include both homoerotic and heterosexual pairings in the book.

Hope the tour is going well, Lucy. It's fascinating reading about your writing journey, thank you for sharing.

I think i will love this

I love shifter stories. Thank you for the giveaway chance =)

Great excerpt. A great idea. Both in one book.

I am so curious to find out if one bother is gay and the other straight since there's both M/M and M/F action in this book.

Great excerpt, and I can't wait for the m/m parts especially!

This sounds very very good. I love all kinds of paranormal stories but shifters are my all time favorite.

I love shifter books! I'm going to add this to my list of books to get.
sasluvbooks at yahoo dot com

I love shifter stories. Would love to read this one.