Being an Author: The Good and the Bad

I would like to start off if I may by introducing myself. My name is N.J. Nielsen and I’m an author. I started writing when I was 12 years old… not because I aspired to be an author when I grew up—more for the fact that my dad had just died and my mum was a tad clingy, that and I never really went anywhere. Writing let me escape my—as I thought back then—boring life.

As the years went on I dabbled here and there but never really gave much thought to submitting anything. That all changed the day my daughter was diagnosed with idiopathic thrombocytopenic purpura (more commonly known as ITP) which basically means an unknown disease of the blood—if they don’t know how it started they basically can’t fix it. When my daughter was in high school she was in and out of hospital and for a while things weren’t looking too good (I should add that after a splenectomy she is doing much better). We were sitting in the oncology waiting room and my daughter asked me to write her a story… after a few weeks some of the other patients we saw a lot also were avid listeners as I wrote weekly chapters… The story was The Lines Of Marsden 1: Rules Are Meant To Be Broken.

Still, I wasn’t going to submit anything until one day I tried looking something up on line about a book I wanted to read and ended up in a chat room (did I mention that techno savvy I am not). There I met a man (get your minds out of the gutter) he soon became my beta reader and helped me research publishing houses. That was four years ago and still to this day James A is still my beta reader (he also fixes up most of my punctuation errors).

So after a lot of humming and harrying I decided: what the hell, I’ll give it a shot. The worst thing that can happen is they’ll say no. You could have knocked me down with a feather when MLRPress welcomed me aboard. I still pinch myself sometimes—just to make sure it’s real.

I currently have fifteen books out, three of which are free reads. I have many more in the process of being written. I have been asked a few times why do I write? I always counter—why do I breathe? The answer is simple: because I have to. I love being able to escape into another world for a few hours a day as crazy as it might seem to me my characters are real. This could be because that there is a little bit of me in all of my characters or they have bits and pieces of family and friends.

I’m lucky that I have a support system with my family and friends who not only encourage me to write, but a quite eager to send me pictures of character inspiration or ideas they think might work. I’m also lucky that everyone knows what I do or they would think I was continually having affairs by the amount of times I’ve called my husband by whatever character’s name I’m writing at the time.

I’m a big believer in if you feel the urge to pick up a pen, or even sit in front of a computer and write, then do it you never know where the experience my lead you. If you had have asked me a couple of years ago if this is what I’d be doing today I would have laughed and said, “Don’t be ridiculous.” In fact when I was younger I wanted to join the army—instead I now know I was always meant to be an author.

My Motto: As long as I make one reader happy then my mission was a success.

What do I love about writing the most? For me I totally enjoy bringing each and every character to life. I love figuring out all their little idiosyncrasies. I love designing where they live, work, wear. Working who their friends are and how they fit into the story line. In having said that I have to admit that I am not a plotter. I’m one of those people who sit in front of the computer each day and writes whatever falls out of my head. I’m also one of those people that works on about three or four stories at a time. I just work on whichever one takes my fancy on each day. I also work on my computer during the day and then quite often work in longhand at night on a completely different story.

There are good and bad points to being an author and for me here are ten:

Good: I get to share with the world all the stories that reside inside my head. Getting them out means I ca finally let more in.

Bad: It’s nerve wracking waiting to see if you get accepted or rejected.

Good: People get to know you through your stories (I have met some wonderful & likeminded people).

Bad: Spelling all over the world is different and I quite often mix them up.

Good: While researching for stories I like finding out new facts.

Bad: I quite often get distracted while researching (stay away from Youtube—bad N.J.)

Good: I get to look at beautiful pictures for hours on end all in the name of research/inspiration (that’s my excuse and I’m sticking to it).

Bad: I sometimes mix the character’s up in my stories and don’t even realise (suggestion keep files on everything—especially, on how each character looks).

Good: Writing is a stress release.

Bad: The doing edits stage can sometimes cause said stress.

Even with the bad points I would never give up writing—I enjoy it so much. Now that I have rambled on I’d like to thank you all for listening. I should probably tell you a little about my latest releases… Yes I have two 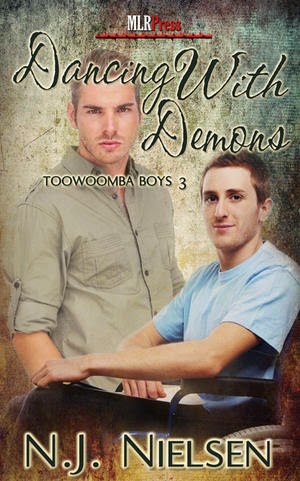 When opposites attract the result can be life changing.

Graham Davenport is trying to better his life. His whole world crashes the day he’s told Damon's missing, and he’s the main suspect—could life get any worse?

Damon Malone was kidnapped, he has no clue why, and his captor isn’t talking. Beaten and bruised he waits to be rescued—fearing he might die.

Working together with detectives, Graham realises there’s more to the story than a simple kidnapping. Will they find the answers in time or will everything be too late? Graham changes his whole life to help Damon fight his demons—in the process will he conquer his own? 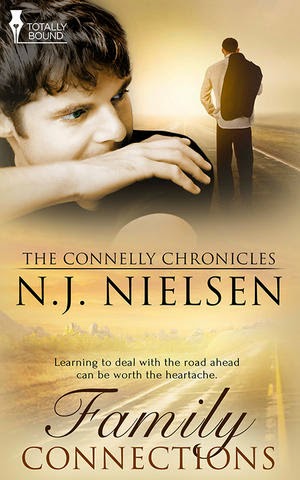 Ray and Viv realise love isn’t always what they expect it to be, but learning to deal with the road ahead can be worth the heartache.

Thrown into circumstances beyond their imaginations, Ray Connelly and Christopher ‘Viv’ Vivvens must step beyond their personal lifestyles to survive the future. What started out as a small white lie about being boyfriends soon becomes more than they bargained for, especially when family and friends decide to interfere in their lives. However, when tragedy strikes, Ray and Viv must step up and become parents, too. Along the way, they welcome nine children of varying ages, but there is plenty of love to go around.

Ray and Viv realise love isn’t always what they expect. Sometimes it’s downright hard. They also learn that dealing with life’s obstacles can be worth the heartache. In doing so, the couple discover how strong they are together.

When everything is running smoothly, an ex comes along to ruin their happily ever after. They must fight their past demons to make their future even better. Together they are family in the greatest sense, but do Ray and Viv have what it takes to beat the odds this time?

Reader Advisory: This book contains scenes of dubious consent. It is best read in sequence as part of a series.

Publisher's Note: This book was previously released by another publisher. It has been revised and re-edited for release with Totally Bound Publishing.

You can fine N.J. Nielsen Here 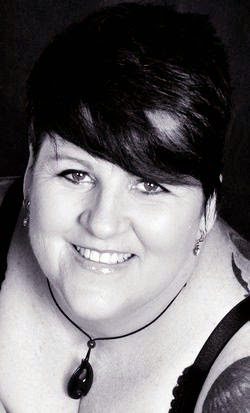 Posted by Lisabet Sarai at 4:25 AM

A warm welcome to Beyond Romance. Thanks for being my guest and sharing a bit about yourself. I agree with you. Not writing is simply not an option.

Good luck with these two books, and all the others you have in the pipeline.

Thank you very much for having me. I write everyday, it may not always be sitting in front of a computer but there isn't a day that goes by that I don't at least pick up a pen...