Can you remember the first time you saw the love of your life? I can, although it was more than 31 years ago. He sat on a nubby green, ugly sofa, friends on either side of him. He wore blue corduroy pants that matched his eyes. I didn’t know I had reached a life changing moment, but I had. I also didn’t know that after he left, he told his friends that he had first dibs on asking me out. I don’t remember what we said to each other at that first meeting—knowing me, not much.

Dr. James Dobson, author of Love for a Lifetime: Building a Marriage that Will Go the Distance,
wrote:

A glance reveals much about a person — sex, size, shape, age, personality, and status. The importance people place on these criteria determines whether or not they will be attracted to each other.

When the man and woman who are strangers to each other exchange glances, their most natural reaction is to look away, usually with embarrassment. If their eyes meet again, they may smile, which signals that they might like to become better acquainted.

Here are the first glance moments in a few of my novels.

Andie looked up from her camera’s display screen and saw Grayson Dodd leaning against the back wall, wearing a pair of khaki shorts, a Camp Pendleton Mud Run T-shirt and a pair of leather flip flops. Where were the pinpoint Oxford shirt and wingtip shoes? She nodded at him and pushed the elevator button.

“Hey,” he said as the doors closed.

“Hi.” She smiled and hoped it looked sincere and not as forced as it felt. “I just shot your condo.”

“That seems harsh.” He grinned. “Did it bleed?”

“Huh, no. Do you want to see? I got some pretty good shots of Catalina.”

“So—you’re not only a condo killer, but an island assassin.” 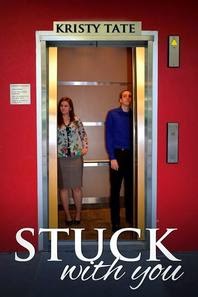 Stuck With You: Featured in the Weddings on Main Street book bundle. Eleven novels for 99 cents, for a limited time. http://amzn.to/VdcOVx


A mean wind blew the clouds shrouding the moon and a beam of light landed on a lone figure near the bow. She fought the wind for her hat and her hair, a tangle of dark honey, swirled around her head. The hat, pinched between her fingers, caught another gust, set sail and skittered across the deck.

The woman managed to capture her hair into twist, and she looked over the deck in his direction. Her eyes widened when she saw him and she backed up against the rail. 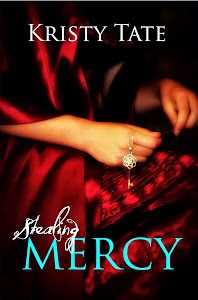 
The intruder flipped on the switch in the kitchen—her kitchen—and flooded the dark with yellow light. Penny pressed herself up against a tree, hiding and watching. Tall, thin, blond, dressed in faded jeans and a button down white shirt that offset his tan skin and startling blue eyes—he didn’t look like a Lurk. His gaze peered into the dark, looking past her and focusing on Wolfgang. “Shoo!” he called.
“Go home!” 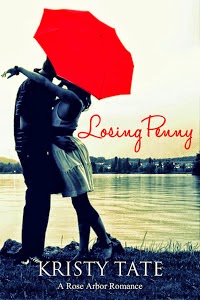 
Blinded by fear mingled with rain, Blair ran into a large, warm expanse of flannel. For a small moment a slicker engulfed her, and then she tangled with an umbrella. She slipped on the wet pavement and fell hard on her hands and knees. The creel landed beside her and the cat cried in protest. Rain and embarrassment washed over her. She pulled the creel onto her lap and checked its strap.

“Are you all right?” A tall man with wavy, honey colored hair gazed at her with kind green eyes.
Stooping to pull her upright, his large hand swallowed hers. “You’re shaking.” 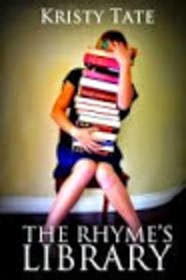 Please feel free to share your own real life moments, or story moments…they’re all good.` 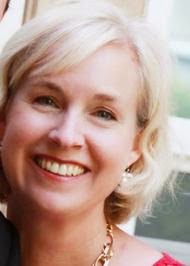 Kristy Tate is the author of ten published novels and is an Amazon bestselling novelist.

I love those glances between hero/heroine!