I'm here to tell you a bit about my book. Because weird is good... 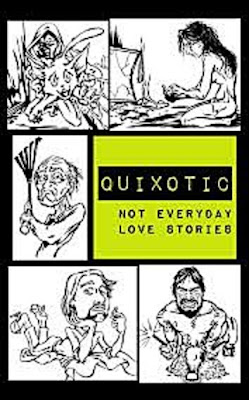 One box and two suitcases.


Everything that meant anything to her - her whole life - was now in one box and two suitcases in the backseat of her faded blue Buick Skylark.


The area around her car was devoid of human life save for the winding black highway that stretched itself in either direction - the highway whose shoulder she was now pulled over on.

Her blinkers kept perfect time with the rhythm of her heart.

One box and two suitcases.

Her life had been reduced to such meager evidence of the last twenty-two years.  They were pitiful proof of her existence.  But the thick sheaf of papers on the dingy front seat beside her was resounding proof of her existence.  Proof she was a failure - a failure at her life. The only life she’d known for the last twenty-two years.


Her eyes flicked to the rear-view mirror, landing on the one box and two suitcases again.  Her world - completely dismantled - was so neatly gathered inside those containers.  Her vision swam with moisture.


She had promised herself she was finished crying.  Then the papers had shown up in the tiny post office box she rented.  Now, seeing that damnable one box and two suitcases, she couldn’t help herself.  She had to cry.  She was entitled.  Her world - everything she had known and cherished for twenty-two years - had been reduced to one box and two suitcases.

The sob that caught in her throat was painful, so painful she couldn’t breathe.  She let the sorrow carry her away to nothingness like it had done so many times since she’d heard The Words.

The nothingness never lasted, however, and soon she was back to sitting on the shoulder of the road with her flashers on, a sheaf of papers sitting on the seat beside her, and her eyes still staring at the one box and two suitcases on the backseat.  Beside her, the paper crinkled as she finished neatly printing her note on their surface and then signed her name to the line marked with a bright-red post-it arrow.  She sighed.
The note was simple.  As was her life now.  Along with it and the one box and two suitcases on the backseat of her car, she knew she wouldn’t be misunderstood.

BC Brown was born with six fingers on each hand endowing her with super powers, thus enabling her to fight crime. When a freak Cuisinart accident severed the additional fingers and powers, she fell back on her secondary talent - writing. Now she lives her life between the pages of a book - whether or not she has written it. Until she can find the surgeon to restore her fingers and powers, she has published three novels to date and been included in several anthologies. She enjoys writing mystery, paranormal,, science fiction and fantasy but is always in the mood for a challenge. You can follow her writing, or crime fighting, at: 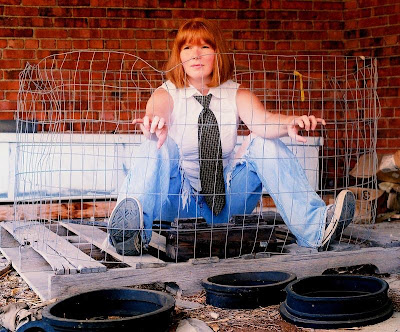 Email ThisBlogThis!Share to TwitterShare to FacebookShare to Pinterest
Labels: BC Brown, One Box Two Suitcases, Quixotic: Not Everyday Love Stories

Welcome to Beyond Romance, BC, and good luck with Quixotic!

I love your photo!