A lover—this was my only Christmas wish the year I met my husband.

Never mind gifts and delicious food—that I had all year around—or even charity and world peace. Nah. I was thinking only of myself, and I won’t apologize for that.

After a long and hard dry spell in the dating department—partly the fault of a demanding job and a lot because of my lack of enthusiasm for the choices presented—I made a New Year’s resolution to start dating again. But in spite of my best intentions, the year started out much as it had ended—with no dates.

Then one day a note on the bulletin board caught my attention—an Englishman, recently arrived in the country, was looking to meet a Portuguese woman on who he could practice his newly acquired skills of the Portuguese language.

I weighed the pros and cons of meeting a man not forward enough to pursue his goal in person. In the end, I decided I wouldn’t judge him before we met.

It was the best decision I’ve ever made.

Tall and handsome with a beautiful smile and a charming accent, he was instantly a hit with me, and after an hour of delightful chat, I found myself agreeing to a second date. And then another, and another…

Eleven months later to the day, we said “I do”.

It was the 24th of December and Christmas decorations were bright and beautiful, the festive atmosphere and jolly music worked a double charm on me. I wore a yellow dress and coat with navy accessories.

And I felt the prettiest bride ever…and also the happiest.

From the hotel room we had the best views over a sandy beach, blue sky, and baby waves rippling right under our balcony.

It drove my husband wild.

It drove me wild—our reflection in the full-length mirror so strategically placed by the bed as his hands worked their magic on my highly aroused body.

Our first time as husband and wife was fast and furious. The combination of a self-imposed two weeks of celibacy and my husband’s fetish for sexy sleepwear made for an awesome starter.
The main course was served slowly; complete priority given to my pleasure, thorough attention relished on me as his mouth and fingers worked me to a frenzied height.

Then came dessert. Multiple orgasms had brought me relief, but his open-mouthed kisses once again fuelled my need for him—the non-stop desire to have him inside me. He finally obliged, and there was never a more thankful person than me.

His mouth settled over mine for a deep, hot kiss before he hoisted me on top of him. My eyes fluttered closed and I savored the exquisite sensation of skin to skin before I began moving slowly, enjoying the long, languid withdrawals and penetrations as I rode and fell on his thick flesh.

Oh, God. I still get all hot and bothered by the surge of desire these memories bring. My pulse still beats faster at the thought of the look of wonder, desire, and love in his eyes as I fully embedded him inside of me, hot and slick around his aching shaft. And when he would have me stay snug against his pelvis I forced myself back up, rising despite the need to end the torture, and continued with the teasing until I brought him, us, to the brink of orgasm.

The night ended on a mellow note—happy and sated, we made promises of undying love that have since lasted over two decades…and counting.

Joe Bradley was the love—and heartbreak—of her life.

But that was all in the past. Eight years later Melissa has moved on and made a life for herself—she has a successful career she is proud of and a new boyfriend she likes.

Then Joe re-enters her life, arousing the past, confusing the present, and threatening the future of her existing relationship, as well as her peace of mind by claiming a place in her heart that he no longer deserves.

But how is she going to cope with the constant reminder of the past, her emotional turmoil, and deep-rooted resentment when the reason for all three is now her new boss?
Joe believed once separation was best for them. Now he wants what he foolishly threw away, and he’s determined to have it back.
Excerpt

Today she would see him again…the first time in eight years.

Eight years. And yet she remembered the last time they were together as vividly as if it were yesterday.

“The new boss is here…” Nicole announced as she rushed into Melissa’s office, interrupting her thoughts. “Are you going to the welcome party?” Nicole asked, taking a chair across from Melissa’s desk. 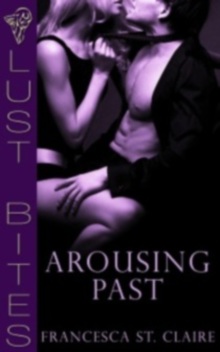 What choice did she have? As department head she had an obligation towards her future boss. Besides, her absence would be noticed and excuses would have to be thought up. Such behaviour would be too unprofessional, and all for nothing. In the end, she’d still have to meet him.

After the initial shock that followed the announcement of Joe Bradley as the new CEO of her hotel, she’d considered quitting her job. Reason, pride and curiosity had stopped her from acting cowardly. She’d tackle this new challenge with the same professional finesse she’d used through every hurdle of her life.

Not every hurdle. Well, no, but she would overcome this new challenge just fine. Besides, Joe Bradley meant nothing to her anymore.

“I asked if you’re going to the welcome party.”

“I thought you had a date.”

“Not until later.” After I’ve met Joe Bradley.

“Good. We’ll go together. Two hot babes in a sea of suits and uniforms are bound to impress the hot, single and”—she wiggled her eyebrows humorously—“available new boss.”

Melissa almost snorted. Impress Joe Bradley, indeed, fat chance of that happening. From what she’d heard, Joe Bradley didn’t get impressed easily these days. In or out of the boardroom… His reputation as a tough, demanding manager was only upstaged by the multitude of partners he dated—each new woman outdoing the previous one both in looks and glamour. Instinctively, she combed her fingers through her blonde hair. Stop! This wasn’t a date and she wasn’t going to the reception because of Joe Bradley.

This was strictly business only. He was reputed to be a brilliant professional and she was looking forward to working with someone who she could admire, even if the admiration was limited to one level. Sure!

Melissa examined her ash-grey pencil skirt and double-breasted short jacket, matched with a pair of pumps and a silk white top, and decided she had the precise appearance she wanted to portray—modern, elegant and professional. He surely couldn’t fault her clothes.

There had been a time when Joe Bradley had admired and complimented her choice of clothes and accessories. And there had also been a time when she’d dressed to please him. The thought of him admiring her physique brought on an old forgotten tightness in her chest. I must ignore him! He’s not important to me now. It doesn’t matter what he thinks of me. Right! If she kept telling herself that her agitation was nothing to concern herself with, she’d be okay. Joe Bradley is no longer important to me on a personal level. Good. All she had to do now was keep reminding herself of that and she’d be fine.

“These clothes will have to do. They’re all I’ve got with me.”

Nicole eyed her with puckered lips and assertive eyes. “And as always, impeccable taste.”

“Thank you. I’ll bear this compliment in mind when you next want me to try on leopard tights.”

Nicole laughed, a rich, throaty gurgle that always made those listening smile. “Touché.”

“Will you come by my office?”

“Of course! Wouldn’t miss our grand entrance for the world,” Melissa teased, but the minute Nicole was out of sight her self-assurance crumbled and she slumped her shoulders.

Why did Joe Bradley have to come to her hotel and disturb her well-earned peace of mind? Why?

Bio
I was born on a ship in the middle of the Indian Ocean. This unique event set the scene for an exciting life of romance and adventure, basic ingredients for my sexy short stories.
After having experienced life in six different countries, I'm currently living in southern Europe with my incredibly supportive husband, 2 of our 5 children, and my beloved cocker spaniel.
When not writing, I enjoy watching period BBC series, trekking and baking for my appreciative family.
As a new author with three books published in my first year, I'm grateful to my publishers for having believed in me, and to readers and critique partners for giving me the incentive to continue to write.
~ Francesca
Buy
Arousing Past – http://www.total-e-bound.com/product.asp?P_ID=1894
In-Flight Delight & Triple Pleasure – A Romantica® erotic romance from Ellora’s Cave

Thank you for your attention, and a special thank you to Lisabet for this great opportunity.

Welcome to Beyond Romance and thanks for sharing such a personal (and sexy!) story. True romance is even better than the fictional kind.

Amazing post, Francesca! Your journey of meeting, marriage, and then a steamy honeymoon was beautiful.
The excerpt was great. I've always loved the 'exes come together again' stories.
I wish you the best of luck with your writing and the rest of your journey with your husband(even though you're together, the journey never really ends :D) and loved ones.

Beautiful post Francesca, made even more so because it's true.

Loved the excerpt from Arousing Past. Wishing you many sales.

Thank you for sharing--inspirational and something to desire to look forward to! I hope that I'll be able to experience my own adventures in the home, and out in the world with my lover, too, one day!

Thanks Francesca for getting me into the Christmas Spirit!

Have read your other books so looking forward to Arousing Past.


It’s great to have the appreciation of fellow writers. I thank you for the opportunity to make myself a little better known to my readers, and to hear their comments first hand.

Whew! That's one hot story of your wedding night. I enjoyed your post. Thanks for the invite. If you'd like to be a guest on my blog sometime just ask.